Sydney, Shanghai and Istanbul were next among 10 cities that had double-digit percent increases

By Glen Korstrom | March 3, 2016, 6:00am
The Knight Frank Wealth Report did not break down price increases by property type

Vancouver home prices’ 24.5% average price hike in 2015 topped a list of 100 global cities “by some margin” according to the 2016 Knight Frank Wealth Report.

The gain easily topped the 14.8% residential property price rise in Sydney, Australia, and the 14.4% increase in Shanghai, China.

Istanbul, Turkey, homes rose in value 13% whereas the increase was 12% in Munich, Germany, and 11.9% in Melbourne, Australia.

“A lack of supply, coupled with foreign demand, spurred on by a weaker Canadian dollar explain the city’s stellar performance,” the report noted.

It added that Vancouver is enduring the lowest level of inventory in 25 years.

“The number of multifamily developments along the major transportation routes is rising but this is not enough to make up for the lack of prime market supply,” said Kevin Skipworth of Knight Frank’s partner Dexter Associates in the report.

On average, the value of the world’s leading residential property markets rose by 1.8% in 2015, according to the report’s Prime International Residential Index (PIRI). That’s down slightly from a 2% average rise in 2014.

The biggest losers were oil-dependent Lagos, Nigeria, where prices fell 20% and in Buenos Aires, where prices were down 8%. All changes in home values cited in the report were in local currencies. 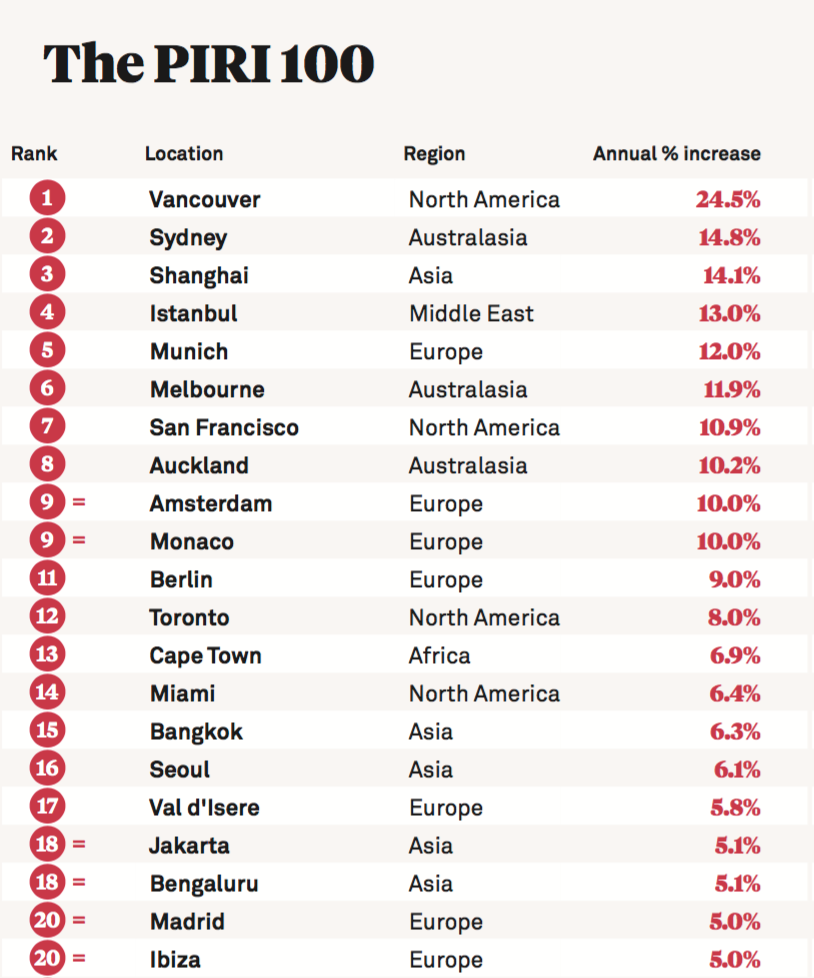 (Above are the top 20 cities in The PIRI 100, which stands for the Prime International Residential Index. The Index shows residential property increases in cities around the world)

Of the 34 cities where real estate prices fell, 22 were in Europe.

Munich, Amsterdam, Monaco and Berlin were Europe’s standout performers, recording price growth of 12%, 10%, 10% and 9% respectively in 2015, the report said. 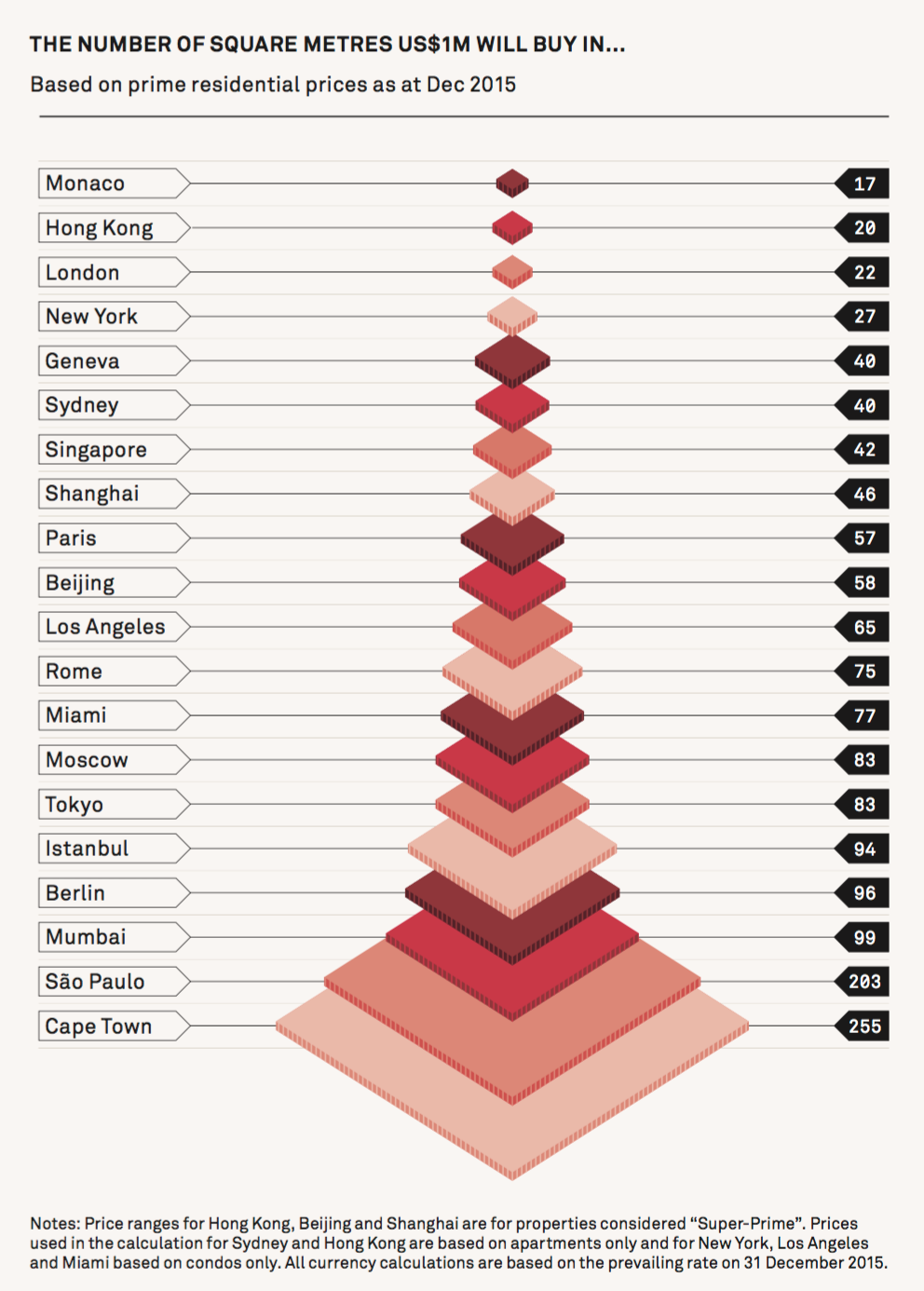 Curiously, the report did not include Vancouver in a chart showing what US$1 million will buy in 20 selected cities.

Monaco topped that list as the world’s priciest city on a per-metre basis as US$1 million will only buy 17 metres in that sovereign city-state. The next expensive places to buy real estate based on how much living space you can buy were Hong Kong (20 metres), London (22 metres) and New York (27 metres).