Traction on Demand’s transformation from a one-man operation into one of Vancouver’s fastest-growing startups is almost stereotypically Canadian.

Because, of course, it all started inside a cabin.

Tucked away in Port Moody, far from all the other tech startups dotting the landscape in Vancouver, Greg Malpass was making a pitch to the five contractors working for him inside the aforementioned cabin:

“‘Do you want to become a company?’” Malpass recalled asking in 2010 following six months of non-stop business. “Everyone looked back at me and said, ‘I thought that’s what we’re doing.’”

The Salesforce tool was one of his go-to resources, and he began helping small sales teams with small projects at companies like Adobe, Apple (Nasdaq:AAPL) and eBay (Nasdaq:EBAY).

“One of the big things I was able to do is teach myself the basic construct of … these platforms in a way that I could essentially copy and paste what I did – so if I did something for one customer and it was really good, I could actually bring it to the next customer,” Malpass said, adding he eventually had 25 companies working off the same software platform. “There was way more business than one person could possibly handle.”

Malpass hired a coder in 2010 so he could focus on the business side, after which the growing firm resettled in that Port Moody cabin for a short time. Traction’s head count has since grown to about 200 workers, and Malpass plans to add an additional 100 by the end of 2016.

“Most of them have not been through a rapid growth cycle of a company before and so they’re coming across all kinds of opportunities and challenges.”

But Malpass has enlisted a team of advisers to guide the company through this growth, and Armstrong comes into Traction once a week to help with leadership training and development. 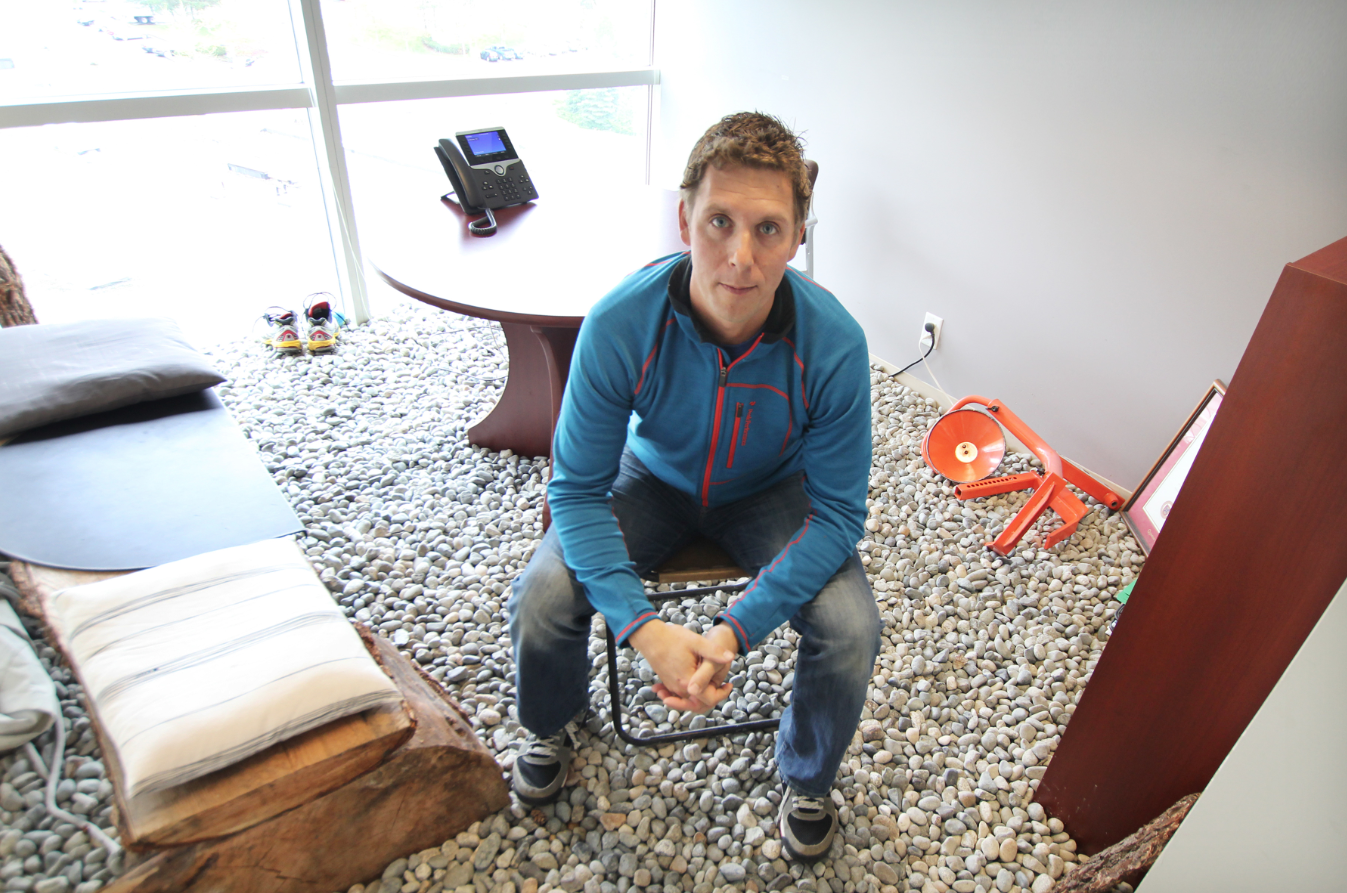 He said Malpass’ “contagious enthusiasm” is a big reason why Traction has been able to sustain the growth it’s experiencing.

“His curiosity goes so far beyond his business.”

Malpass estimates his startup is twice as large as its next biggest competitor.

“Everyone has sold,” he said. “I’ve had 130 inbound inquiries over the last six months from people saying, ‘Hey, would you like to get some chips off the table?’ or ‘Would you love to sell or join us?’”

But Malpass has spurned all those invitations and says he has no plans to sell his company, whose employees gain an ownership stake after working there for six months.

“We literally can do anything we want and we have the bank account to do it,” he said. “We’re putting over $1 million a year now into basically investing in ideas our team has.”

And over the past year alone, Traction has launched four such enterprises including an office sign-in reception app.

The CEO’s goal is to launch 100 spinoffs over the next decade – a task he said would be impossible if he sold off equity.

“I haven’t had a boss for so long, I would probably be the biggest pain in the ass for somebody to manage.”

What are you currently reading?
The Great Game of Business by Jack Stack

What was the first album you purchased?
Bon Jovi – Slippery When Wet

What did you want to be when you grew up?
Sports Doctor

What other profession would you like to try?
Brewmaster

What was your toughest decision?
Starting a company

What advice would you have for your younger self?
Travel more

What’s left to do?
Convert Traction from a company to a movement – 100 companies in 10 years