Program to expand to 1,500 bikes and 150 docking stations by the end of summer

Bike-rental store owners are bracing for a city-subsidized bike-share program they fear will shift sales into low gear.

Kainer has spoken at several city council and park board meetings in the four or so years since the city started considering bike-share options.

“It’s been a long process, but I don’t think they’re giving us any consideration at all,” he said. “They’re just going to do what they want to do.”

The city chose California-based CycleHop to run the program. Its Vancouver subsidiary, Vancouver Bike Share Inc. (VBS), plans to have 1,500 Mobi-branded bikes on city streets by the end of the summer.

The private company will start building the first of 150 hubs, or docking stations, within days and expects to have dozens of those hubs operating by the end of July, general manager Mia Kohout told BIV.

Exact locations of the docking stations are still being determined, but many will be where there are currently metered parking spots. 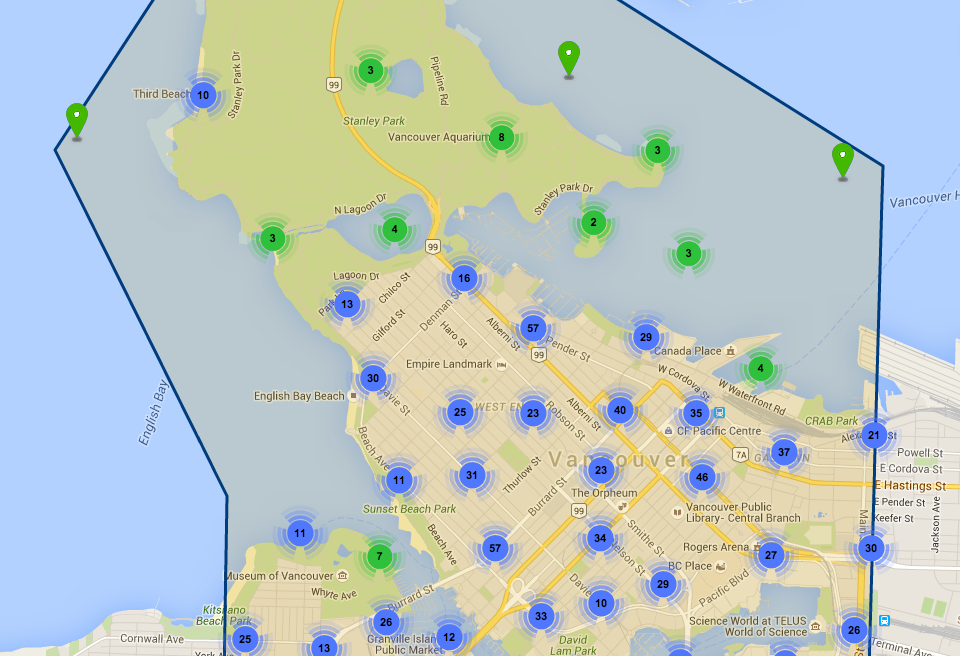 Preliminary docking station locations show one just metres away from Kainer’s bike store near the corner of Davie and Denman streets.

The first 150 stations will all be in an area bounded by the downtown peninsula, Arbutus Street, Main Street and 16th Avenue.

“We’re working on our pricing so we’re not competing with bike-rental shops,” Kohout said.

She declined to reveal how much her company will charge for day passes but said that tourists and others who want to use a Mobi bike for a few hours will have to buy a pass that costs more than a bike-rental store would charge for a few hours.

About 80% of VBS’ revenue is expected to come from local residents who buy monthly or annual memberships.

Kohout said VBS has already sold hundreds of annual memberships that are good until July 31, 2017. The introductory rate for those memberships, which allow unlimited 30-minute bike rides, is $99 until July 31.

Members get key fobs to activate bikes or they can punch pass codes into small waterproof computers attached to each bike. That unlocks the bike and allows the user to access a basket that will contain a helmet. Helmets can otherwise be attached to the bike via a long wire.

Hairnets will be available at the docking stations for those concerned about hygiene. 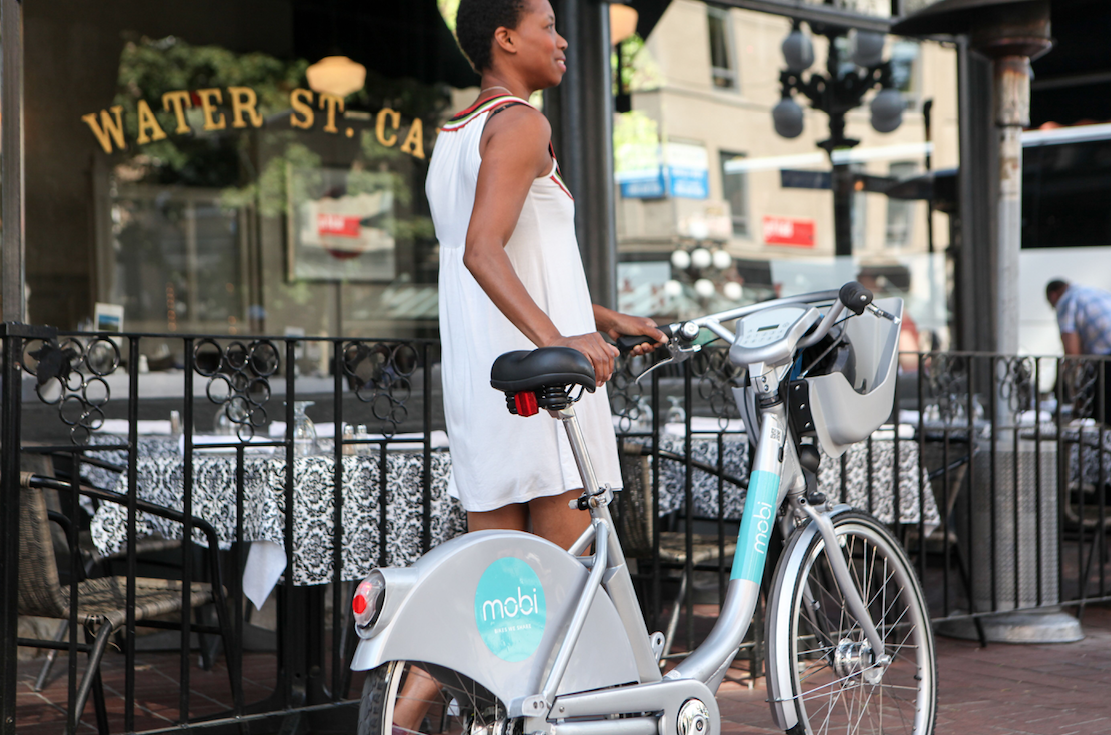 Riders who have their own helmets can lock the VBS helmet to the docking station to make extra space in the basket, Kohout said.

The cyclist could then return the bike to a different docking station – even though it would be missing a helmet – because extra helmets are expected to be locked at docking stations, Kohout said.

Mobi bikes come with locks that could be used to temporarily lock the bike to a city bike rack.

Charges will rack up if users with basic memberships don’t return bikes to docking stations within 30 minutes. Once they have returned the bike, however, they can wait five minutes and then take the same bike out for an additional 30-minute ride.

Annual memberships for those who want to have unlimited 60-minute rides are $129.

According to city statistics, Vancouver bike ridership has increased more than 30% in the past year to more than 130,000 rides per day during the summer. •