An entrepreneur who makes helmet liners that protect cyclists’ heads from bacteria and fungus is concerned that Vancouver’s bike-share program does not provide adequate protection for riders.

Vancouver Bike Share’s failure to provide anti-microbial protection within its helmets, which are reused, could cause scalp infections, which in turn could cause baldness, said Paul Hecht, who founded and owns UnderHat.

“My concern is that a significant segment of the potential customer base will either a) not sign up for the scheme because they’re outraged that they have to use shared helmets or b) that some will use the scheme and not wear helmets,” said Hecht, who is a member of the bike-share program.

“That would denigrate what is a phenomenal record for safety in cycling in Vancouver and for cyclists wearing helmets.”

This is not the only controversy for Vancouver Bike Share, which has started to roll out 150 hubs, or docking stations, and its executives expect to have dozens of the hubs operating by the end of July.

Business in Vancouver reported in June that bicycle-rental store owners were concerned that the city-subsidized bike-share program would steal business.

Members of the bike-share program will be able to use key fobs or pass codes to unlock bikes and gain access to attached baskets that contain helmets.

Those who want to protect their scalps from bacteria that the last rider has left will be able to grab a hair net from a container at each docking station, Vancouver Bike Share general manager Mia Kohout told BIV. Those hairnet containers, however, have yet to be rolled out at the docking stations that are currently in operation.

Helmets will also be cleaned daily, although Kohout said she is not yet sure what the process will be.

“We’re working on the maintenance plan,” she said. 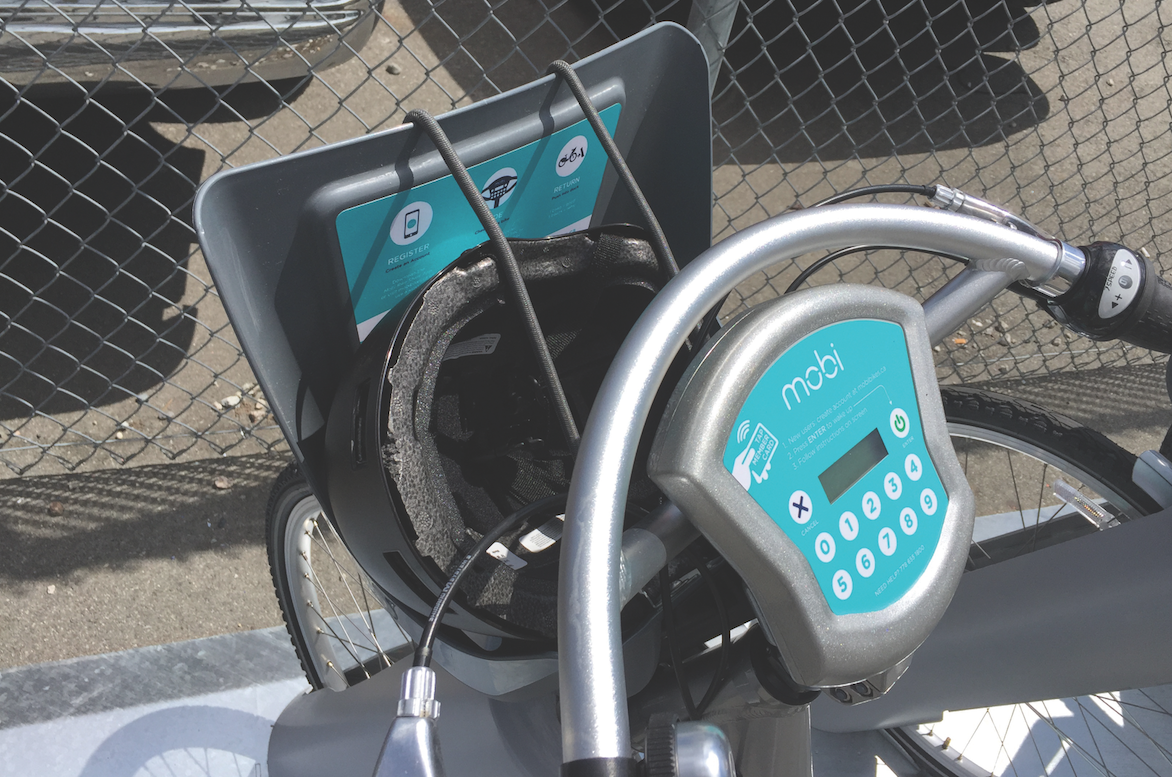 (Image: Vancouver Bike Share bikes have helmets in front baskets that are accessible once the bikes are unlocked | Glen Korstrom)

“I don’t have anything solid I can share publicly on that yet, but the helmet company has recommended soap and water.”

Most jurisdictions that have bike-share programs do not require cyclists to wear helmets.

However, cities such as Seattle do. 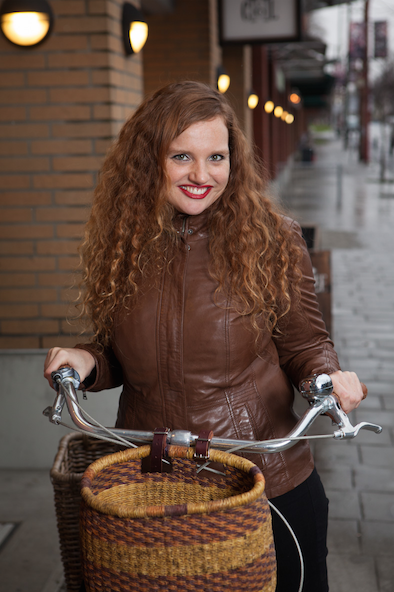 Hecht thinks that Seattle’s program is superior to Vancouver’s in that helmets are used only once before cyclists are supposed to put them in a used-helmet bin for cleaning. They then always grab what he called a “sanitized” helmet.

He made a pitch to Vancouver Bike Share with an offer to buy his UnderHat helmet liners for a discount, but the offer was still too rich for the bike-share program.

“It’s not affordable to offer those [UnderHat liners] to every user who would like to use a bike-share product,” Kohout said. “But everyone is free to go and buy one.”

The liners, which retail for about $30, attach to the inside of a helmet and can be easily removed and washed in a laundry machine.

Cyclists would attach them to the inside of Vancouver Bike Share helmets and then take them at the end of the ride.

Vancouver Bike Share, meanwhile, has been rapidly signing up new members for an introductory $99 annual rate that will be in effect until July 31.

Members can use the bike-share program for an unlimited number of 30-minute rides until July 31, 2017. Other options include buying monthly or daily passes.

All members must tick a box to acknowledge their responsibility to wear helmets when they use the program.

Kohout, however, didn’t say whether the program would penalize riders who don’t use helmets.

“It is our responsibility to inform all of our customers that it is the law in B.C. to wear a helmet and that we are providing free ones.” •