Down on the shop floor, salaries for executives on Business in Vancouver’s 2016 Top 100 highest-paid executives list  might appear excessive.

Overseeing B.C.’s largest public company, however, is a complex task, and compensation consultants say that job complexity is the biggest determinant of a top executive’s pay.

“People ask whether pay is higher whenever a company is larger, but it is not that simple,” said Logan HR partner Vince Chow, who specializes in determining compensation rates for clients. “Large organizations just tend to be more complex, and they need leaders who can handle that complexity.”

Telus’ services range from home Internet, TV and land-line phones to electronic medical records, mobile phones and related services. The company also has a range of services for businesses, including debit and credit card readers.

Little wonder then that Telus has more executives (six) on BIV’s Top 100 list than any other company.

Many companies have five executives on the list, including three that are among B.C.’s 10 largest public companies (ranked by revenue): Teck Resources Ltd. (TSX:TCK.B) (No. 2), Goldcorp Inc. (TSX:G) (No.4) and Lions Gate Entertainment Corp. (NYSE:LGF) (No. 10).

Lululemon Athletica Inc. (Nasdaq:LULU) (No. 11) and Eldorado Gold Corp. (TSX:ELD) (No. 20) are two other companies among B.C.’s 20 largest companies that also have five executives on B.C.’s top-paid executives’ list.

Not all of the largest companies have executives on the list, and some sectors, including forestry and wood products, are under-represented, compared with sectors such as mining or technology. 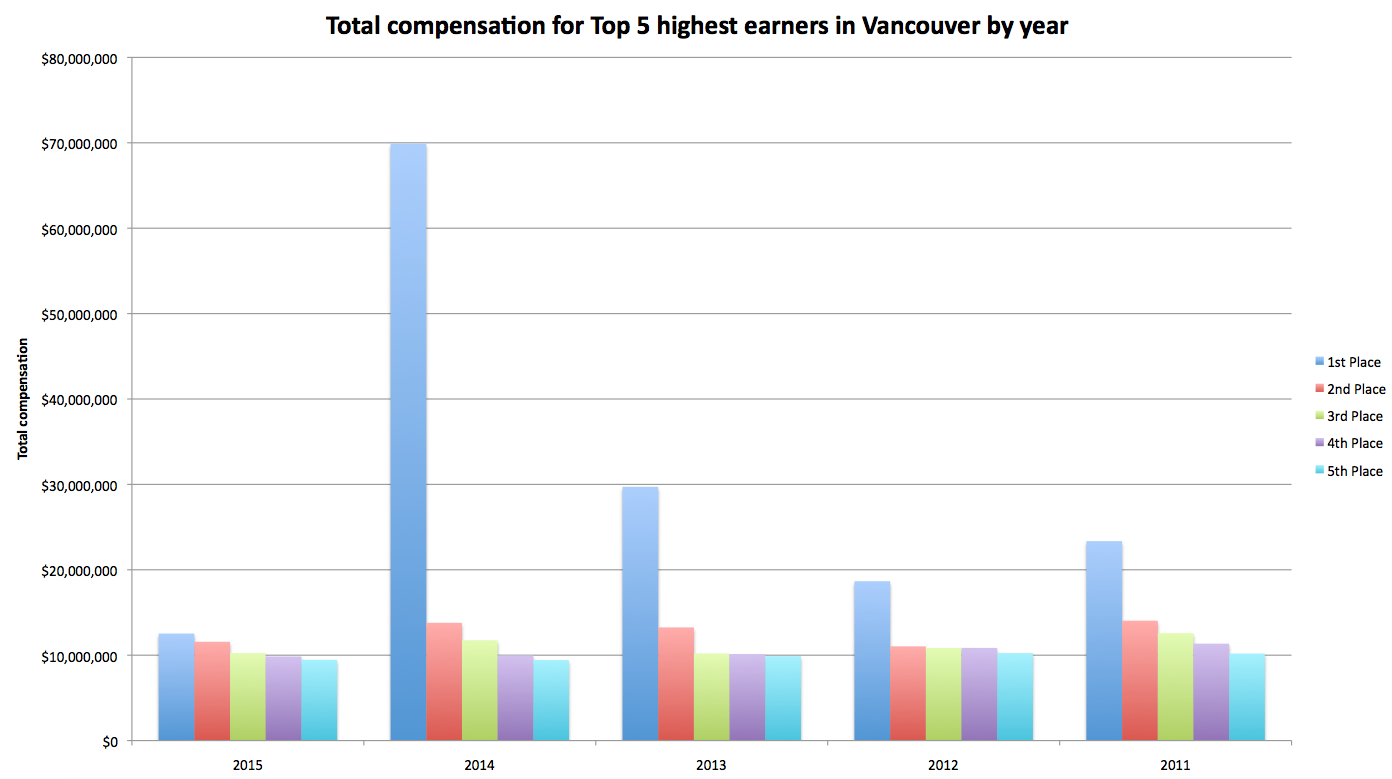 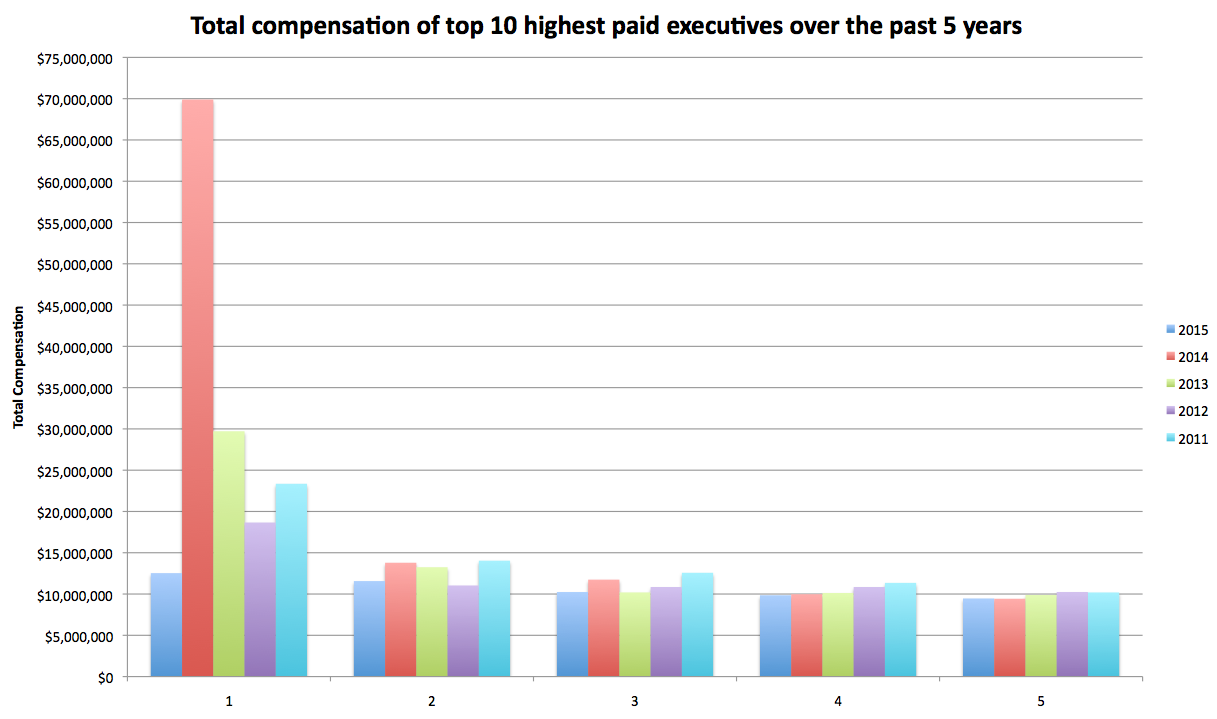 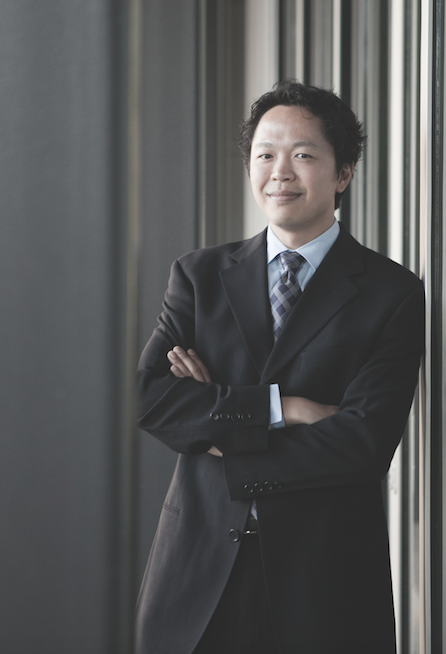 Had there been a shift in control, where a new group obtained a majority of Canfor’s board of directors or a 20% stake in the company, and Kayne was let go, he would have been entitled to $2,690,000 in severance – more than double his 2015 compensation total.

What differs in these agreements are the specifics that outline how big a compensatory bump executives are entitled to when they’re let go after a shift in control.

Other forestry and wood products companies with scant representation on BIV’s list of top paid executives include West Fraser (TSX:WFT), which is B.C.’s fifth-largest company by revenue yet had only one executive on the list: CEO Ted Seraphim, whose $2,469,030 in compensation was enough to rank No. 60.

On the other hand, there were companies that generated no revenue in 2015 but have multiple executives on BIV’s top-paid executives list.

Chow would not comment on specific companies but said there are sectors, such as biotech or mining, where companies are exploring for revenue-generating products and it is not uncommon for them to rack up debt as they operate.

“Board members at those companies may determine that they still want the executive pay to be compared to a certain peer group that has revenue,” Chow said.