Buyers, builders and designers are embracing new technologies and materials that make homes easier on Mother Nature – and the pocketbook

When clients approached Jason Schmidt, owner of Pheasant Hill Homes Ltd., they had a clearly defined vision of a house that maximized indoor and outdoor space and could ultimately maintain a comfortable lifestyle, while functioning completely off-grid.

Noting that solar equipment prices are beginning to fall, the owners chose to install a comprehensive solar rough-in for implementation in two to five years. Meanwhile, the heat source is a combination of propane and wood.

The outdoor deck, however, was for immediate enjoyment. Made from local cedar, it is treated to replicate weathered wood without any further staining or maintenance required. To compensate for the Gulf Islands’ unreliable well-water, the house has two concrete cisterns for collecting and storing rainwater, while Passive design and thick insulation keeps the interior temperatures constant despite seasonal weather changes. 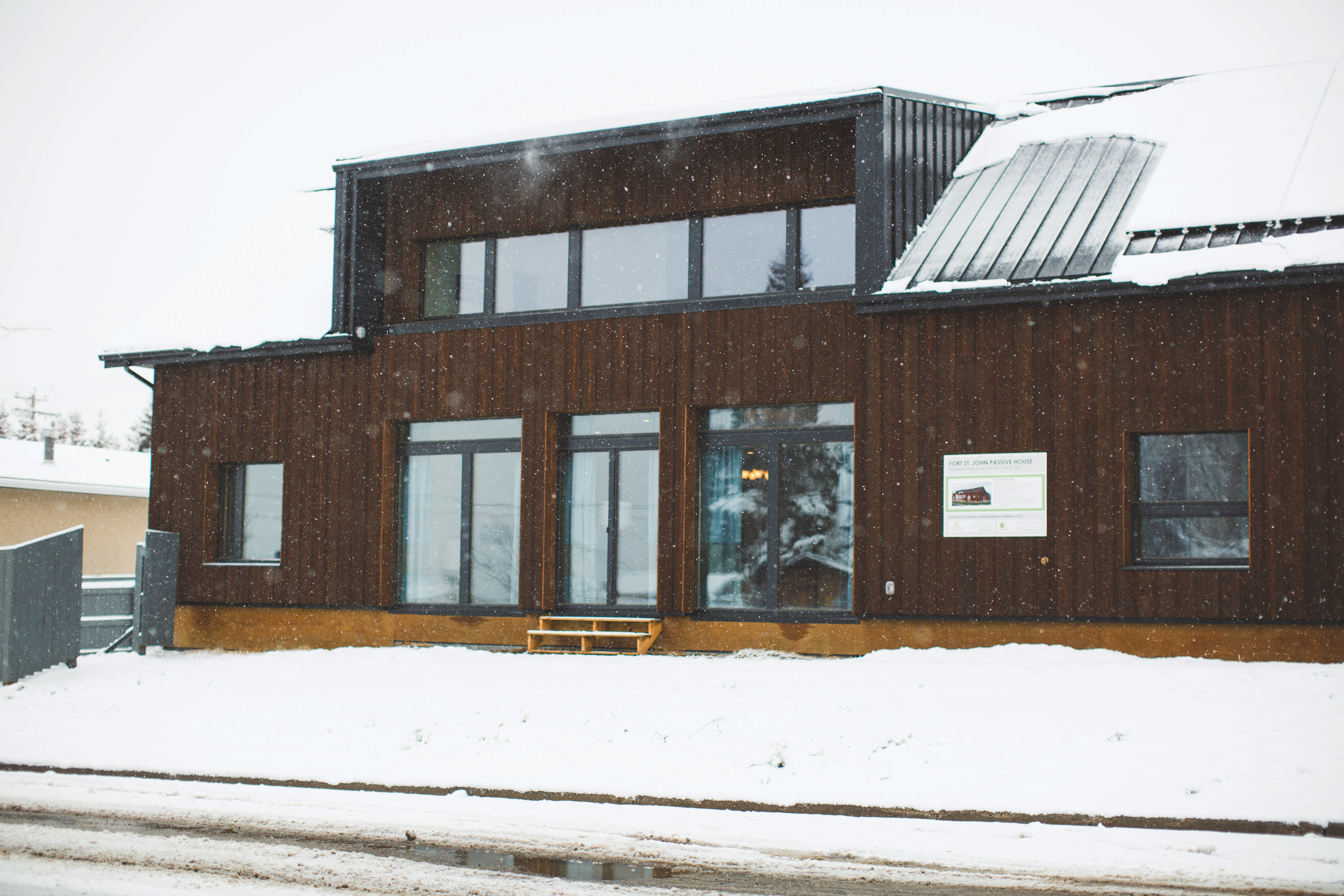 In a bold move to encourage Passive House construction, the City of Fort St. John has erected a full demonstration home on a tract of land that had previously been set aside for a sustainable community. As North America’s northernmost Passive house and third most northern in the world, the goal was to prove that even in a climate where -35 C winters are the norm – and natural gas is abundant – Passive technology can make $200-per-month heating costs a thing of the past. While currently tenanted so real-world energy consumption data can be recorded, it’s also used for workshops, seminars, and other events promoting education about Passive construction. Passive House, developed in Germany, is considered the global standard in energy-saving residential construction. 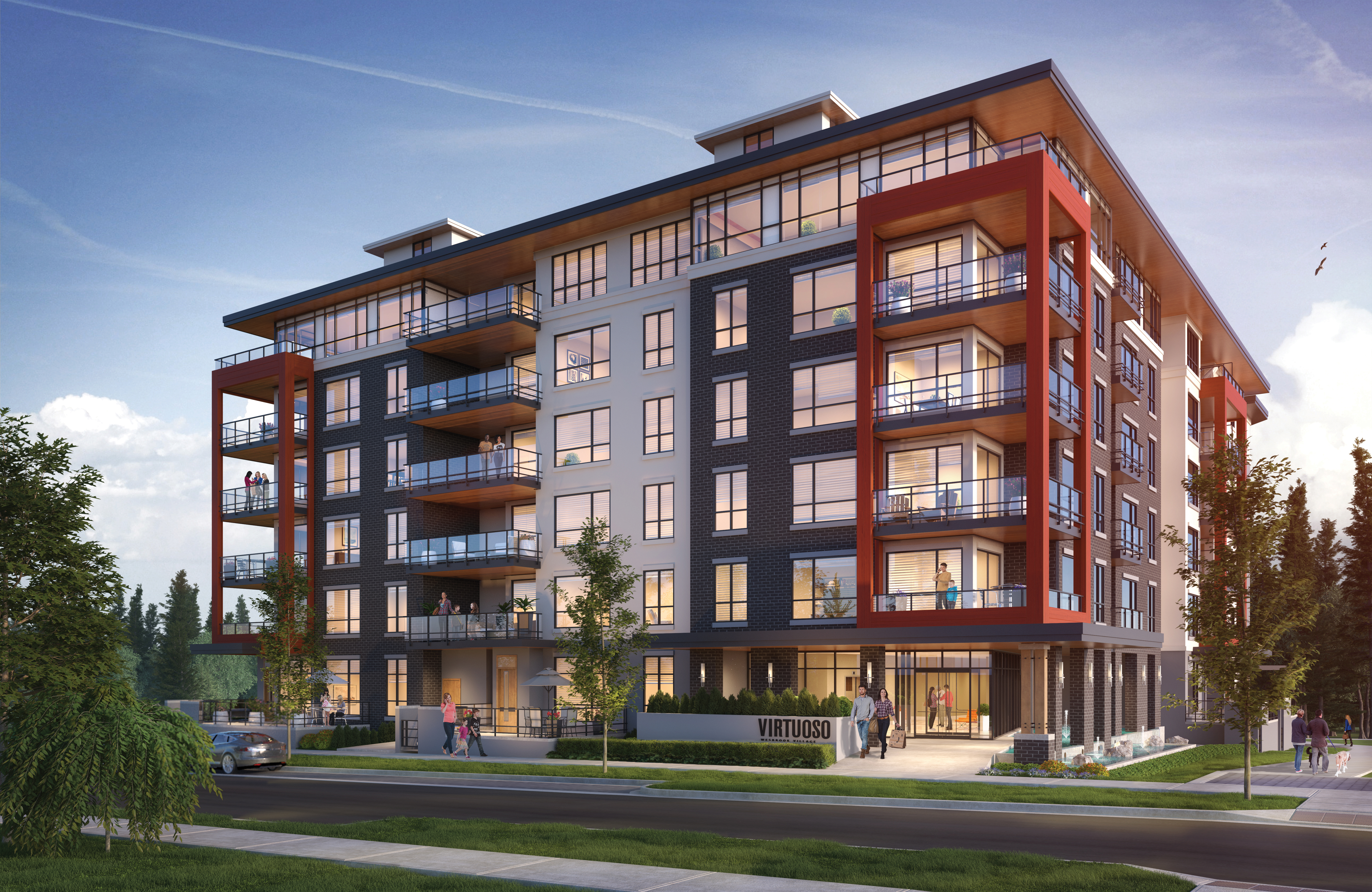 Long known for a commitment to environmental stewardship, Adera hones the cutting edge of green design with its newest University of British Columbia residence. Located in Wesbrook Village, the six-storey Virtuoso will be B.C.’s first multi-family development to use cross-laminated timber (CLT) panels rather than stick-frame or concrete construction.

CLT’s pre-fabricated, six-inch-thick panels are said to be more stable than dimensional lumber, since they won’t shrink or warp. Each panel is custom-sized before delivery to eliminate waste. Even more impressive, perhaps, is the sustainable production factor. Penticton-based Structurlam Products, which supplies Adera’s CLT, uses beetle-wood pine that would otherwise rot over time. Stephen Tolmai, vice-president of sales and marketing, estimates there are still another four to five years’ supply of the damaged pine available, after which the company will source fast-growing trees. 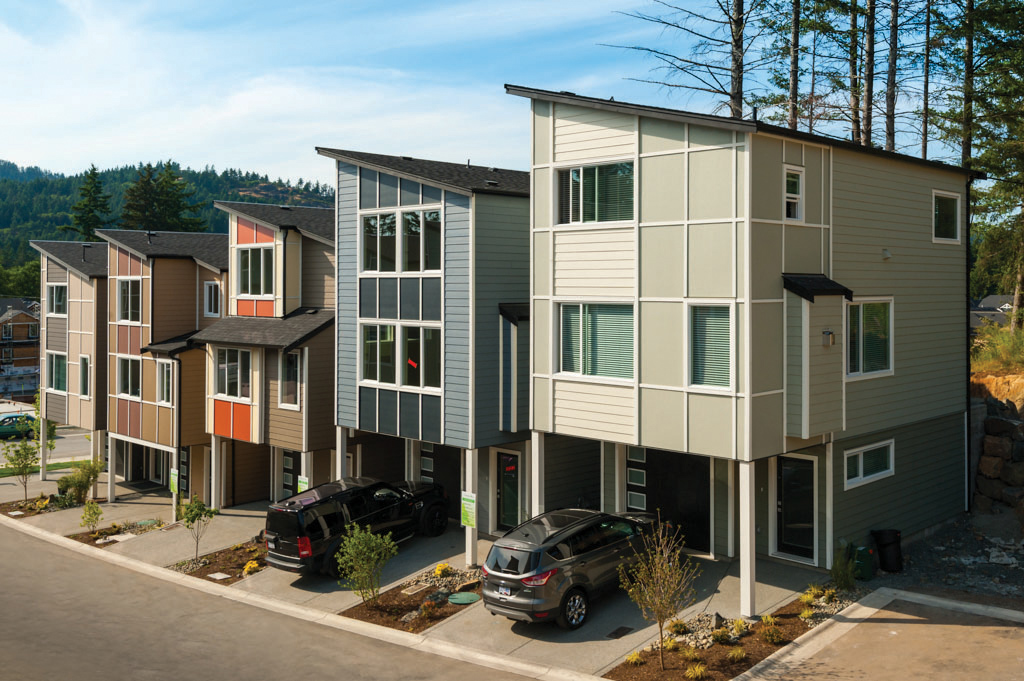 Just north of Victoria, a multi-unit project caused a wave of excitement – and a bylaw change - when Limona Group introduced itsSummerstone subdivision. Using extensive terracing and terraforming to compensate for the steeply sloped topography, Limona designed the lots so space-effective, and affordable, that the City of Langford created a new municipal zone to allow houses on properties as small as 100-square-metres ( about 1,000 square feet.)

Summerstone is also Vancouver Island’s first subdivision to exclusively use natural gas — including a direct-vent, wall furnace system — for everything except lighting. If predictions are true that gas prices will fall 30 per cent while electricity costs will rise the same amount over the next few years, owners could reap benefits. Each home also incorporates natural river-rock landscaping to reduce watering use, and features in-ground runoff chambers (concealed under driveways) to diffuse storm water. 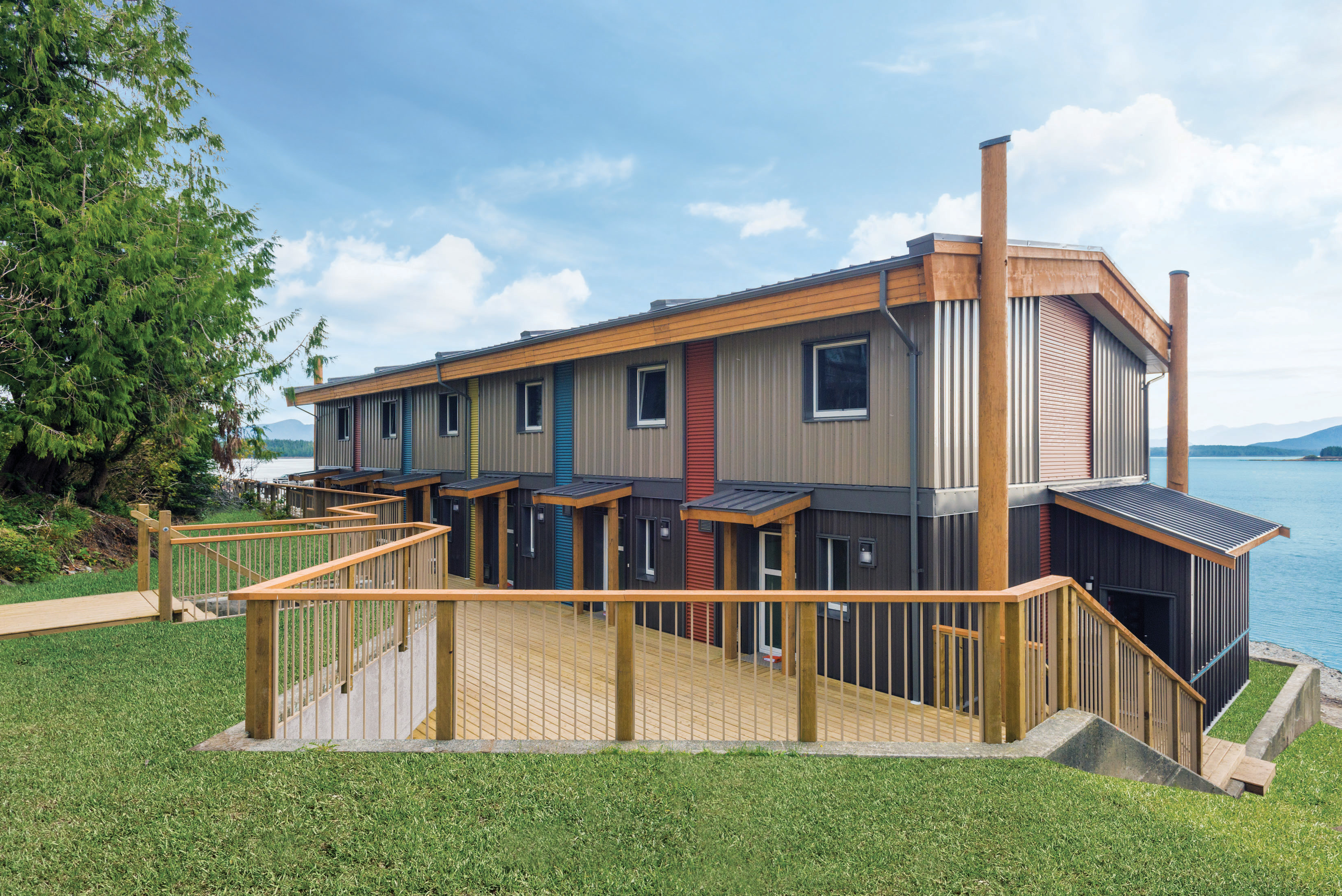 In Bella Bella, Vancouver Coastal Health Authority took a leap of faith by choosing to replace a burnt-out building that housed hospital workers with Canada’s first multi-unit modular building adhering to Passive House standards. The 6,000-square-foot facility is comprised of six, two-storey townhomes each requiring just 600 watts of heat per unit (approximately $10/month in cost), even on the coldest winter day.

Pre-fab building Britco modules were barged from Mission and assembled on the foundation in an astonishing 50 days. From start to finish, the project was built in just less than nine months — an achievement many said was impossible, especially in such a remote location.