Average sale prices for detached homes in Metro Vancouver fell dramatically in August in the largest monthly price drop in the region’s recent history, according to numbers released September 2 by the Real Estate Board of Greater Vancouver (REBGV).

“Sales have been trending downward in Metro Vancouver for a few months,” said REBGV president Dan Morrison in a release. “The new foreign buyer tax appears to have added to this trend by reducing foreign buyer activity and causing some uncertainty amongst local home buyers and sellers.”

Because of those fewer new listings, the sales-to-active-listings ratio fell in August to 29.3%, compared with 38.6% in July. To show how fast and far the ratio has fallen, the ratio was 56.3% in June. The ratio is still high enough, however, for the market to be considered a seller's market.

Conventional real estate wisdom is that a market is considered to be a buyer's market when the sales-to-active-listings ratio is below 13%. A balanced market exists when the ratio is between 13% and about 21%. 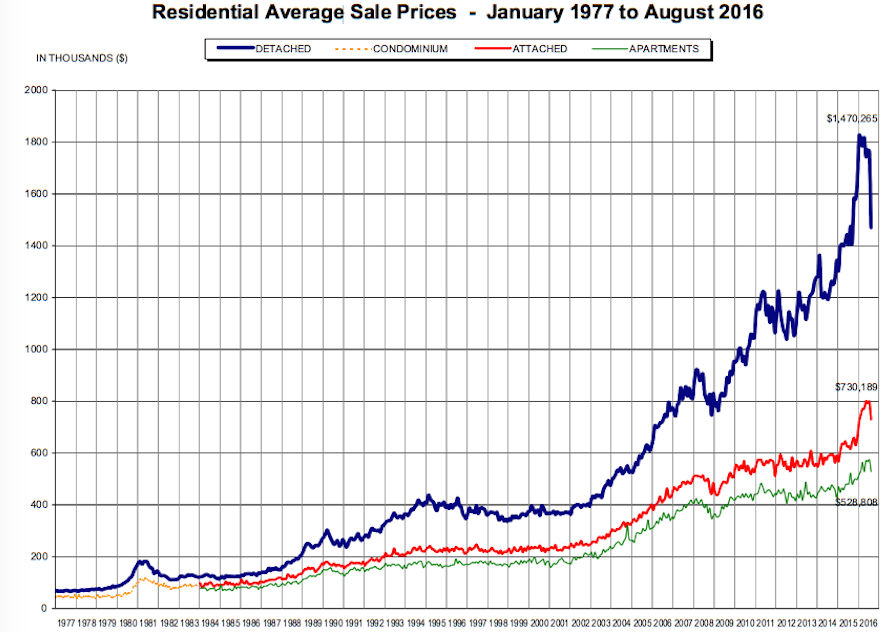 It is then considered a seller's market when the ratio is above 21% for at least a few months, REBGV officials have told Business in Vancouver in the past.

The total number of listed properties for sale in Metro Vancouver declined almost 22% since this time last year, and dropped almost 2% from July of this year.

The REBGV said the sales declines are a "return to normal,” and it used the housing price index benchmark to cast the price drop in a more positive light.

Average prices are the mean transaction price for all detached homes. Benchmark prices equate sales prices for equivalent homes, taking into consideration the location, number of bedrooms, yard size and other significant differences.