Data collected for Business in Vancouver’s inventory of the province’s largest post-secondary institutions in the province shows enrolment up for the five largest schools.

For example, the University of Victoria (UVic) has 11% fewer full-time students than the British Columbia Institute of Technology (BCIT), but compensation for UVic’s president and vice-chancellor was 35% more than what the BCIT’s president received.

Compensation at UVic was higher than BCIT’s for all the executive positions Business in Vancouver compared in its list of the biggest post-secondary institutions in B.C. 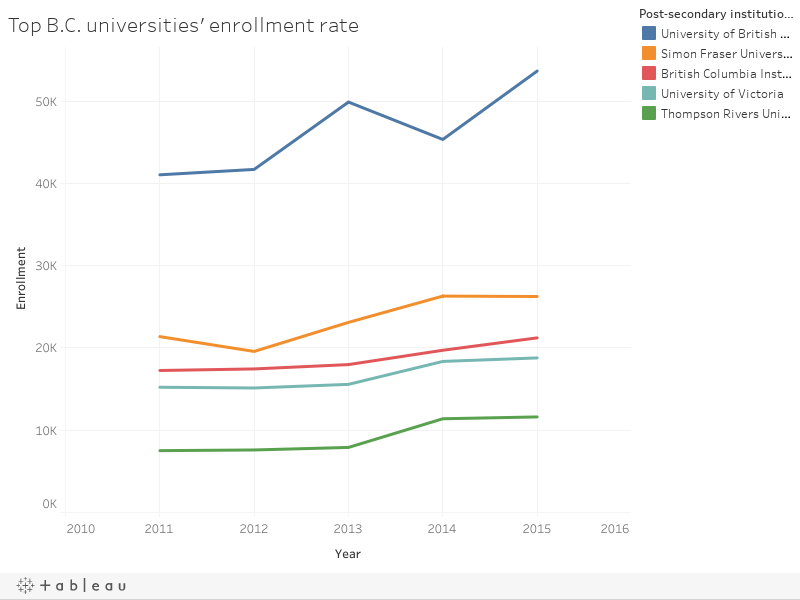