The Vancouver Canucks
The single-game suites the Canucks set aside each game have become one of the organization’s many go-to offerings. They accommodate anywhere from 12 to 70 people, and offer in-suite hosting, fresh cuisine, dedicated concierge staff and full-time representatives.

The Canucks are hosting the upstart Oilers, and on Level 500 in one of the single-game suites the sensory experience is panoramic and has gone surround-sound.

The Canucks are staging a feisty third-period comeback against a long-standing Pacific Division rival. Fans leap from their seats; the crowd roars at every scoring chance, then holds their collective breaths as goalie Ryan Miller robs wonder-kid Connor McDavid on a breakaway.

The play unfolds unobstructed. The view: simply spectacular. Each successive play, every breakout and turnover, is offered across a full-featured landscape as the fans below bellow in spirited, spitfire cheering that bounces off the rafters and into the eardrums.

“I call this the bird’s-eye vantage point,” says Robert Chorner, sales manager for premium client services with Canucks Sports & Entertainment, who’s been working up here more than four years. “Whenever we talk about Level 500 we always ask, ‘Are you a hockey fan?’ Because if you are, you’ll appreciate the perspective up here.”

Chorner is right. The view is phenomenal. Watching the Sedin twins cycle through the offensive zone as defenders helplessly chase them takes on a whole new level up here. The view makes you feel like you’ve been airdropped into some of the best seats in the house. 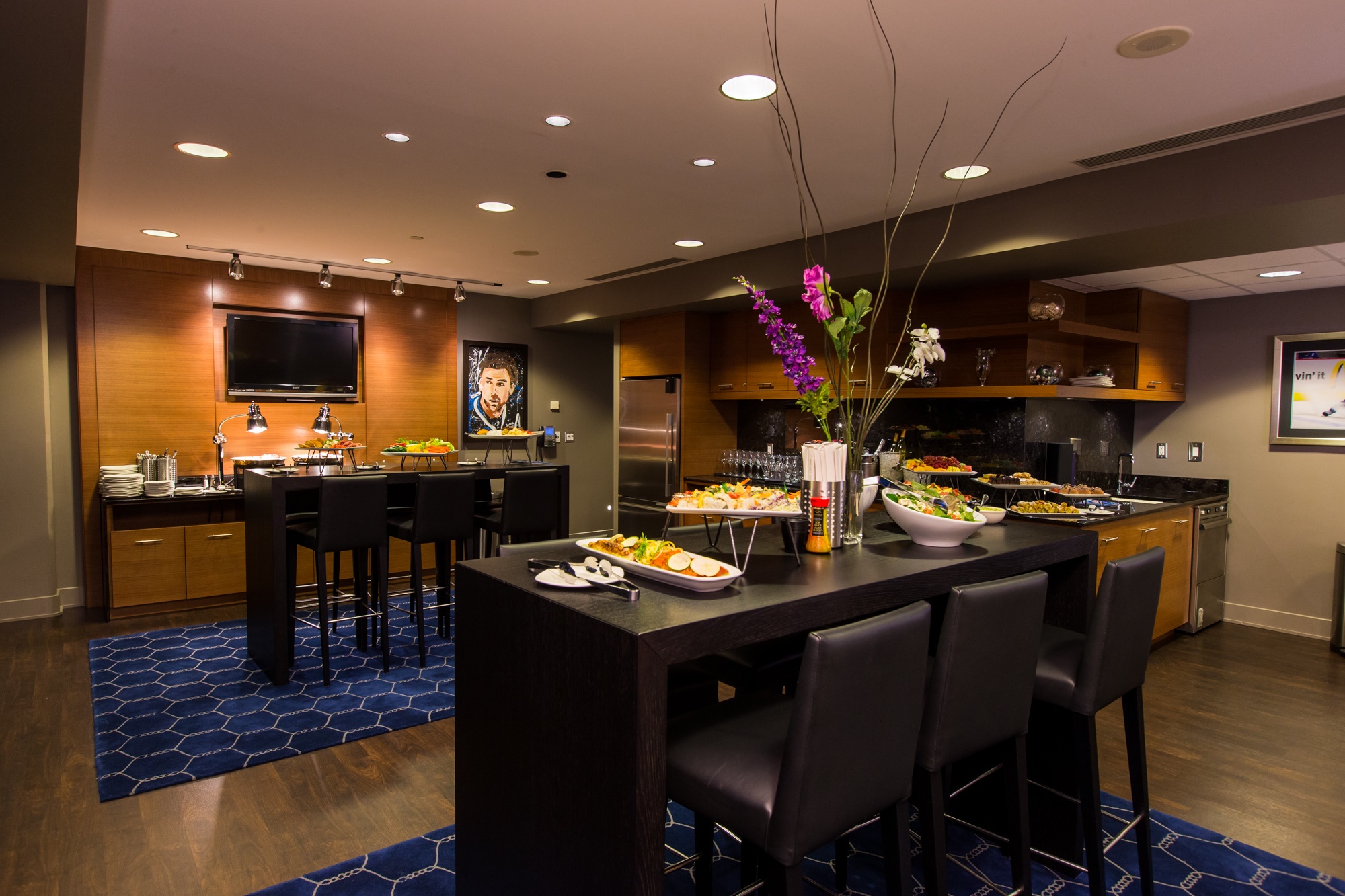 Down on Level 200 in another single-game suite, Garry Sangha, owner of Crystal Consulting Inc., a drywall finishing company based out of Surrey, is hosting a lively party. He can barely pull himself away to chat – he’s too busy mingling with clients, developing prospective business partners and watching what is turning out to be a nail-bitingly good tilt. On Level 200 the game is intensely close, meaning all the action is must-see.

“We have one big client here tonight,” says Sangha as his guests enjoy the buffet during a whistle. “So most of our partners and a few key people from the office are here.”

A fight breaks out, and everyone rushes to watch former Canuck Zack Kassian exchange blows with burly defenceman Erik Gudbranson. Sangha offers something on his way before joining the crowd: “If you have lots of good food and drinks, which you get here every game, it’s always a fun time.” 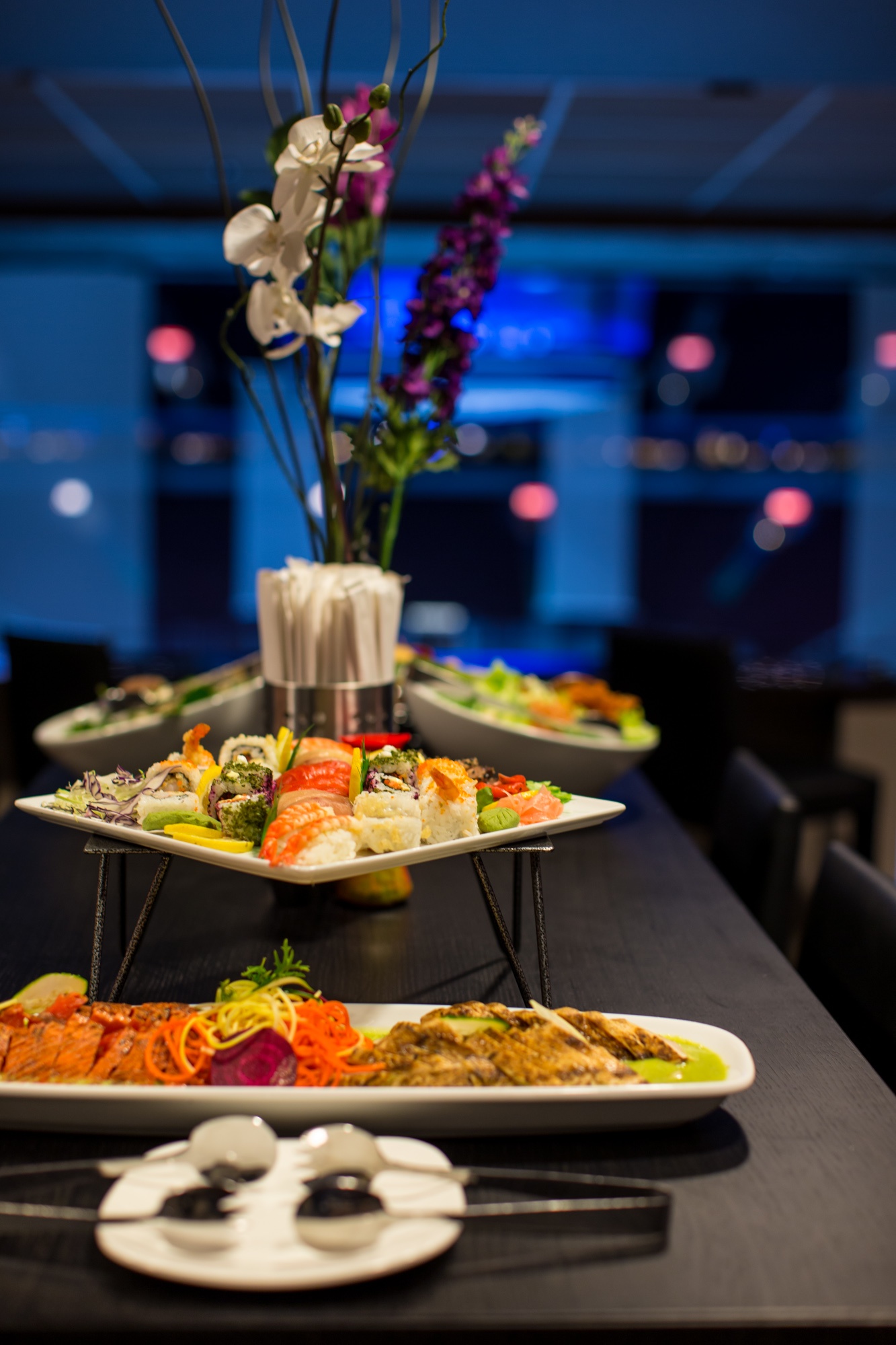 The single-game suites the Canucks set aside each home stand have become one of the organization’s many go-to offerings. Approximately 12 are available each game, located on Level 200 or 500 of Rogers Arena. They accommodate anywhere from 12 to 70 people and offer in-suite hosting, fresh cuisine, dedicated concierge staff and full-time representatives with one goal in mind: making sure the experience goes off without a hitch. Want some high-quality sushi or sashimi? Not a problem. How about Italian charcuterie, some wild B.C. salmon and a bottle of Meyer Family 2013 Pat Quinn Tribute Series Chardonnay from Okanagan Falls? Done. Some Canucks swag for the kids? How about a special delivery from mascot Fin himself? 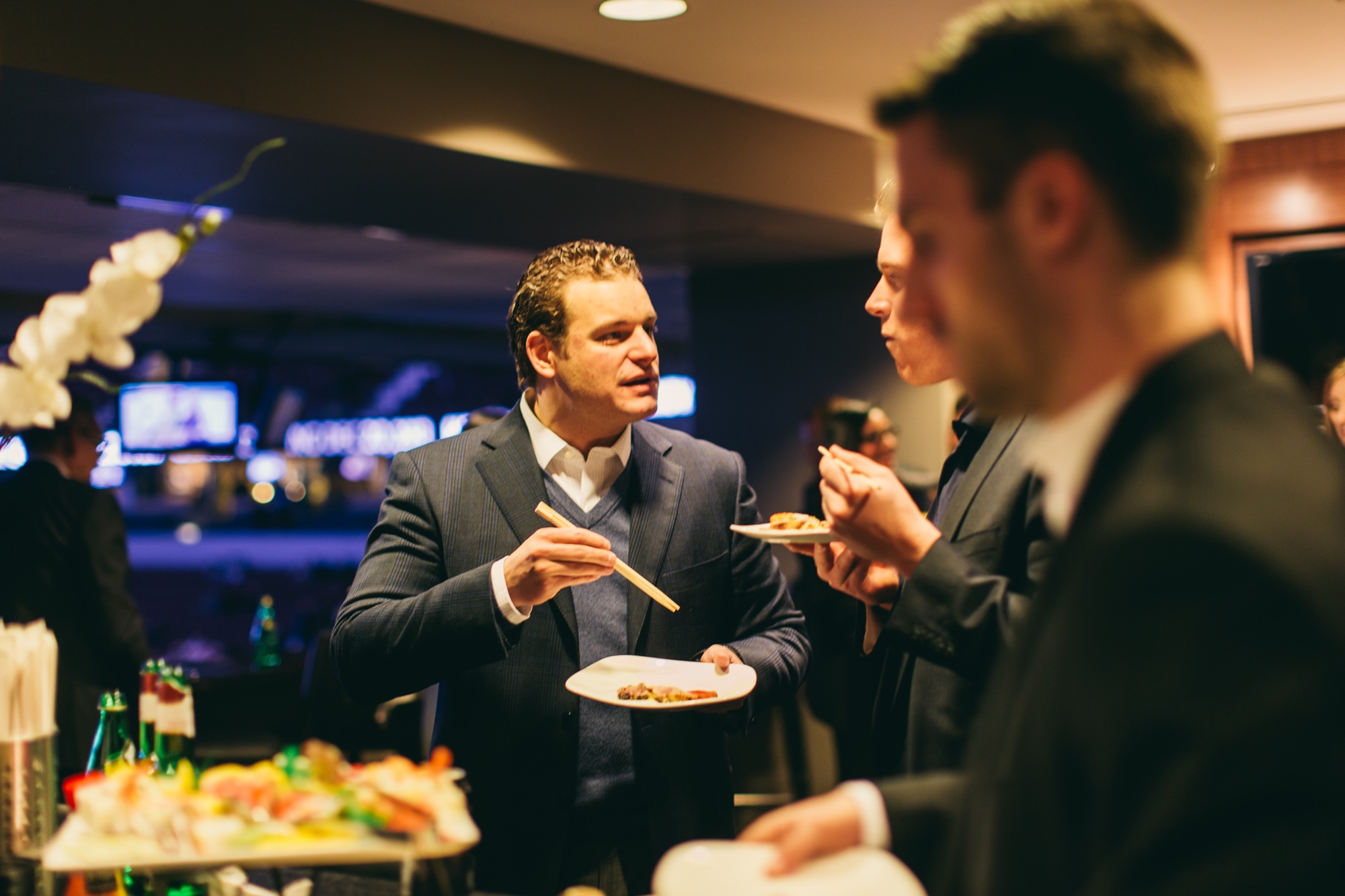 Here the game becomes an upscale event that includes VIP entrance two hours prior to puck drop and extended access post-game. And it’s not only for the hometown crowd. Simon Johnson, operations manager for Edmonton-based ENX Inc., a construction materials company, has been bringing his own team here for four years. On Level 500 his suite is a mash-up of family, friends, clients and co-workers for their annual get-together.

“We do a lot of business in the Lower Mainland,” he says. “The Canucks have just been such great hosts for us.”

One of Johnson’s clients, Wayne Adams, owner of Powell River-based Adams Concrete Ltd., says every year he marks the date off on his calendar.

“It’s a great party but you actually meet people in your business throughout the room, as well,” he notes. “Everyone in this room is all the ready-mix concrete guys in British Columbia. And we only meet once a year, which is here, so it’s great networking.” 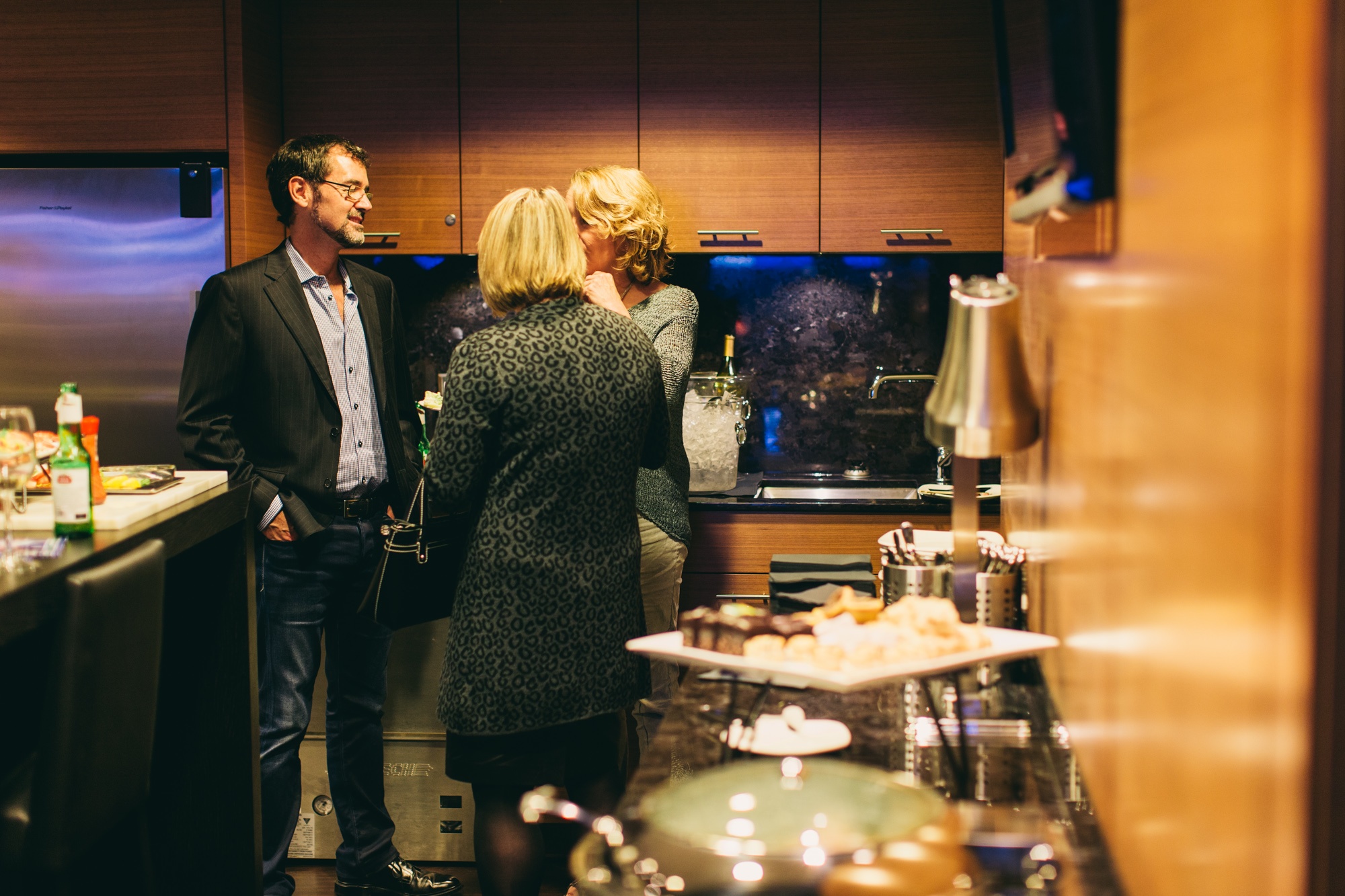 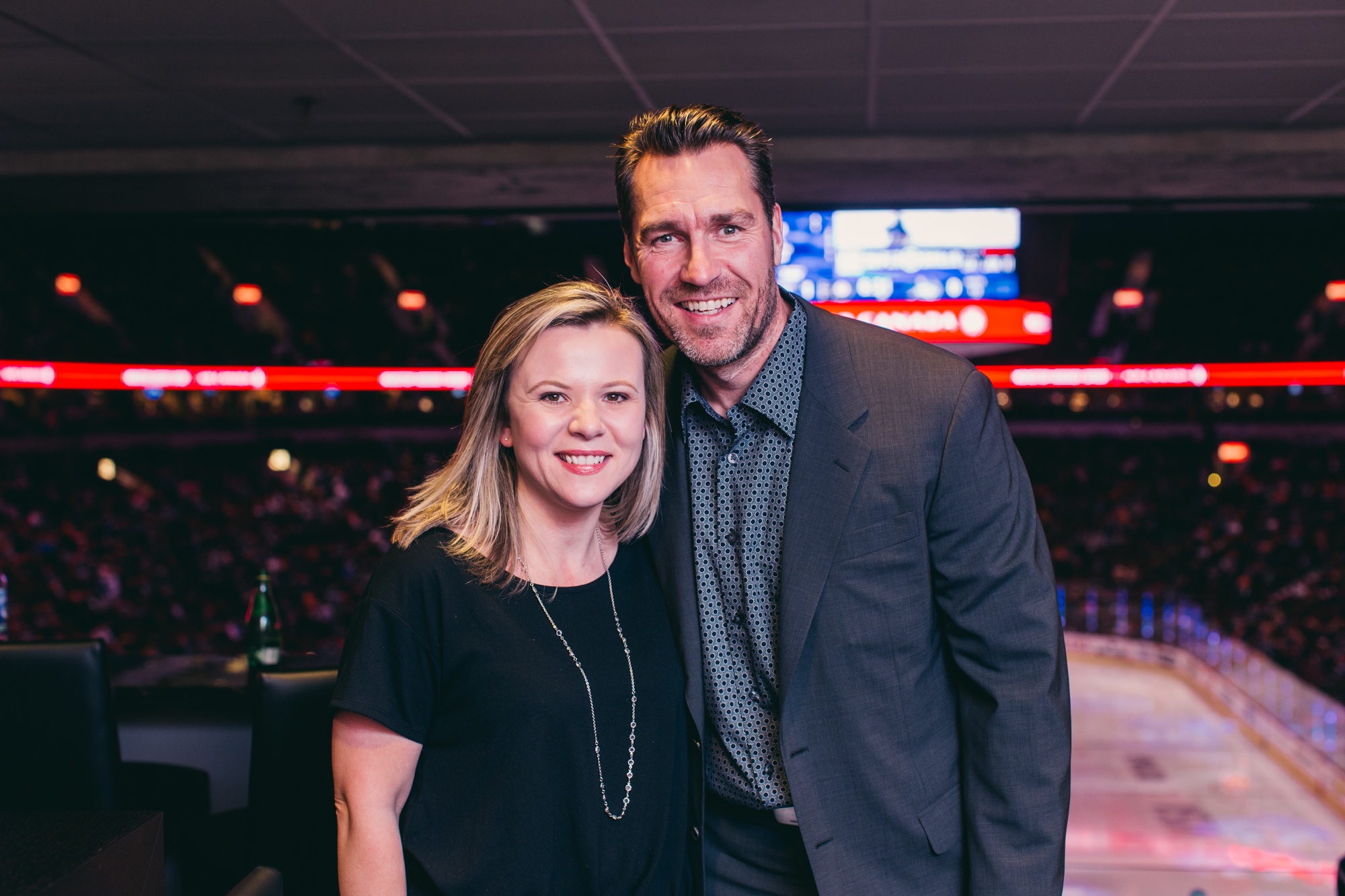 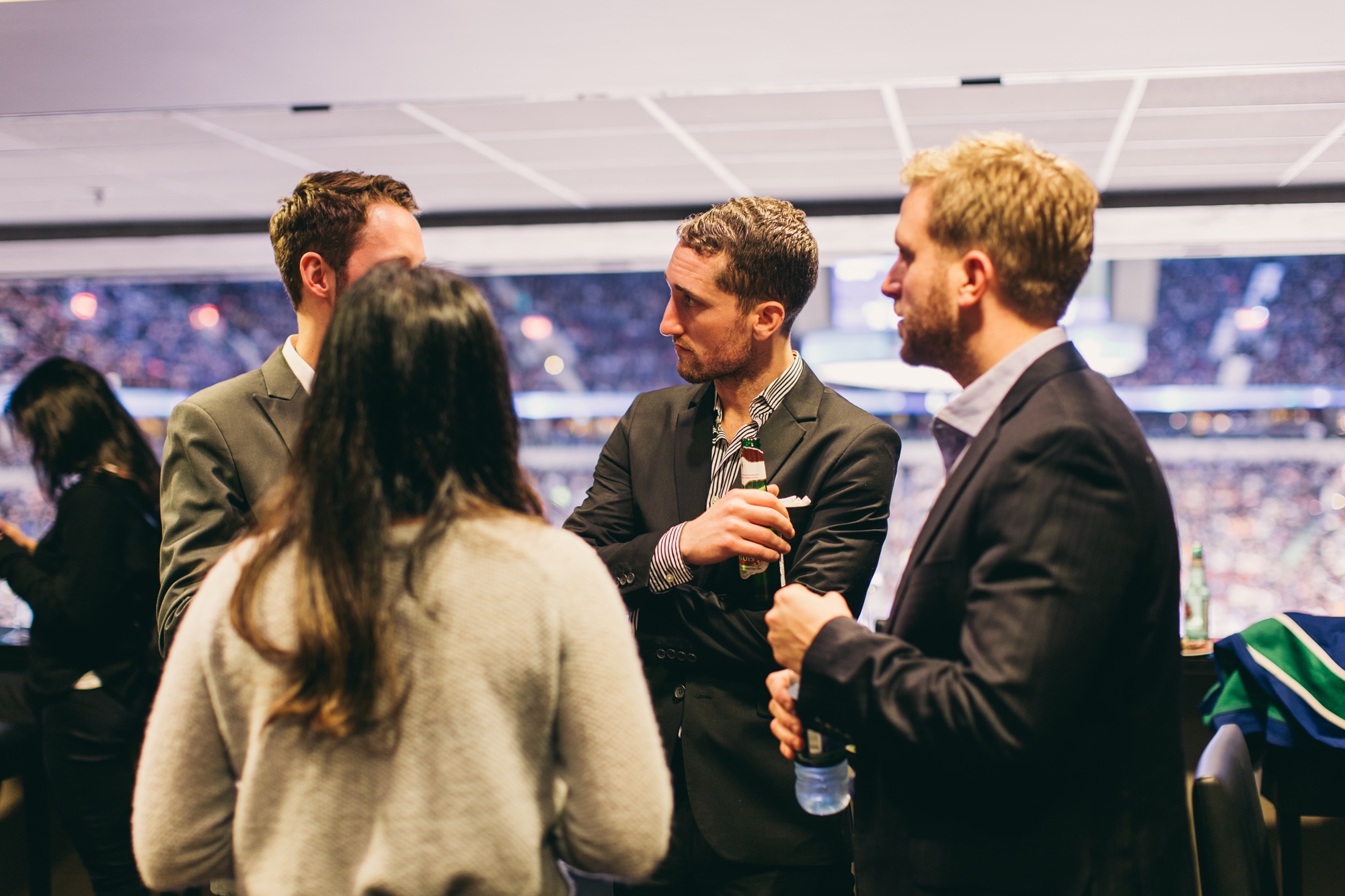 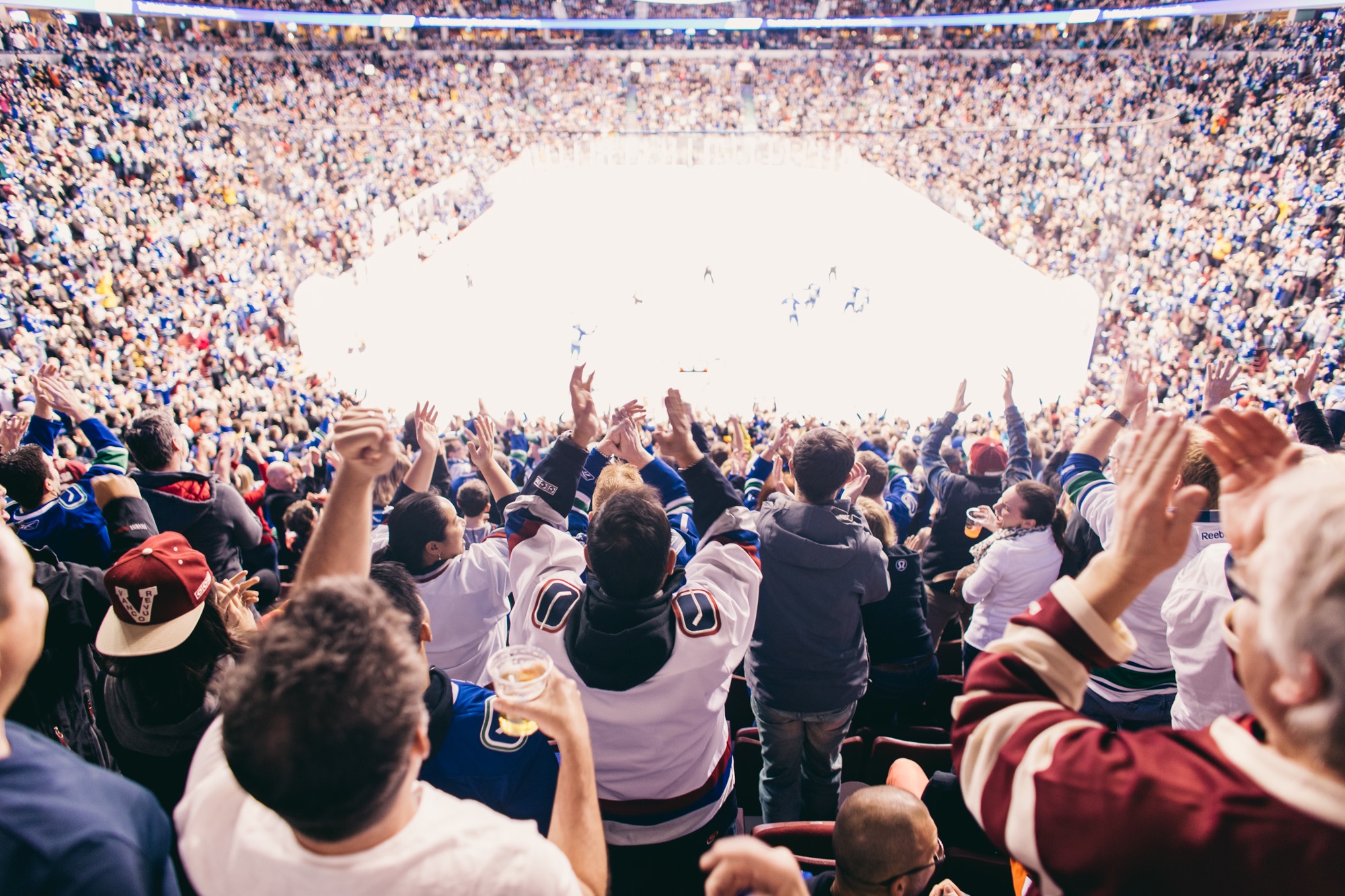