When Susan Tomaine moved to Vancouver from New York City in 2007, she didn’t know much at all about the West Coast city or the region. She learned quickly. “People get up earlier here, people eat dinner earlier and people are way more active with different priorities and different lifestyles,” says Tomaine, a partner at the law firm Blake, Cassels & Graydon in Vancouver.

“I kept waiting for it to get hot, and it never did,” she says. “The winter was pretty dark.”

Tomaine decided to embrace her new setting and took a day trip up the Sea-to-Sky Highway to Whistler Blackcomb, the world-class ski resort just an hour and a half from downtown Vancouver. “I did a half-day ski lesson and learned how to ski.”

Tomaine fell in love with the idea of being able to get in a full day’s work and an evening of skiing on the same day on one of the local North Shore mountains.

“My friend and I got a pass to Cypress Mountain, and every Monday night after work we’d go up there and ski for a couple of hours,” she says.

“I was just chasing her down the hill, and then we’d go and have beers and it was fantastic,” she says. “I remember telling my friends back in New York, ‘You’re never going to believe what I did on a Monday night after a full work day: I went and skied on the mountain for three hours, a half-hour from downtown Vancouver.’”

Day trips from the city are a great way for Vancouver newbies to get their feet wet in the province’s deep pool of recreational outings, says Destination BC spokeswoman Fiona Tso.

One of the most popular day trips from Vancouver is Squamish, known as the Outdoor Recreation Capital of Canada and located about 65 kilometres north of Vancouver’s downtown core.

“Squamish has local provincial parks, rivers and the sparkling waters of Howe Sound,” Tso says. “And the town’s oceanfront, mountainside community is rich in railway, mining and forestry history.”

Tso says the community’s nature-loving residents and regional visitors make it a habit to go rock climbing, river rafting and mountain biking. The New York Times named Squamish in its list of 52 places to go in 2015.

Other options include island hopping in the nearby Gulf Islands, enjoying a coastal drive along the Sunshine Coast or heading east for a dip at Harrison Hot Springs, all just a couple of hours from Vancouver – although best enjoyed over a long weekend. 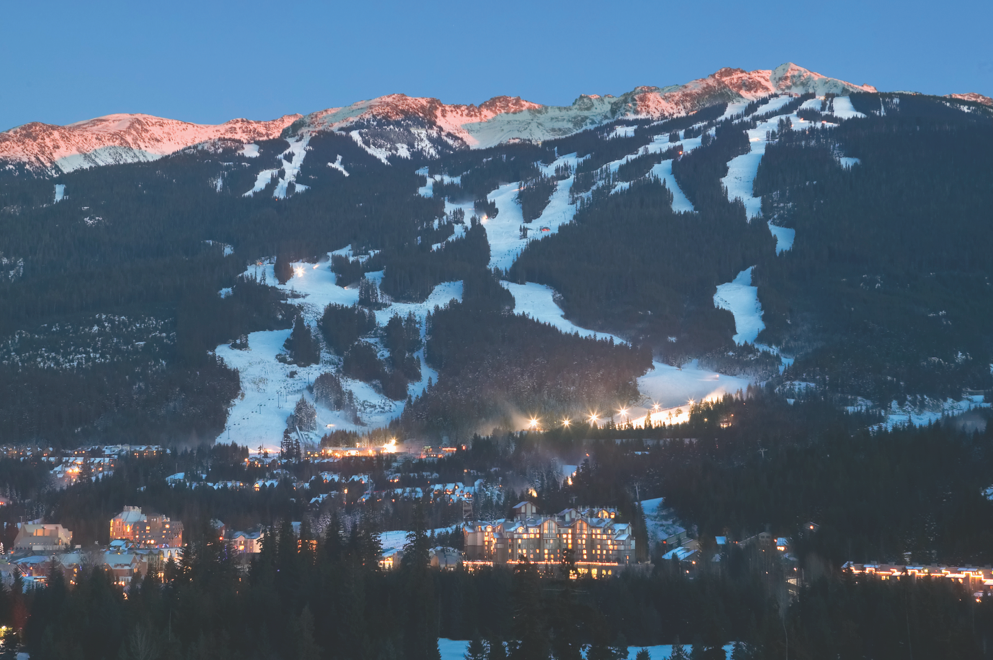 Dave Banns is vice-president of the B.C. division at the Headhunters, a firm that specializes in recruiting top talent to Vancouver and other communities in the province. Attracting the best and brightest to Vancouver has a few unique challenges, but the city and its surrounding area help make his job easier, he says.

“Vancouver is great. It’s got the outdoors and it’s ranked well globally,” he says. “It’s safe.”

Banns says the biggest challenge he has is the city’s infamously high housing costs and the general cost of living. “I think everything has gone up.”

But for many newcomers the outdoor recreation options more than make up for the high costs, he says. “People love the outdoors. It’s beautiful.”

Banns says he often steers clients toward the many local golf courses and to the ski hills on the North Shore mountains, which are visible and accessible from downtown Vancouver.

“We have 53 ski downhill runs, six chairlifts, 2,010 vertical feet, 19 kilometres of cross-country ski trails, 11 kilometres of snowshoe trails and a snow tube park,” he says. “We have something for everyone.”

It’s a short drive to Cypress Mountain from downtown Vancouver via the Lions Gate Bridge.

“The beauty of being in Vancouver is you can be on the mountain in 45 minutes,” Banns, the recruiter, says. “I’ve skied up at Whistler and been back down here to golf at the back end of the day. That’s pretty cool to be able to do that.”

He says Vancouver also serves well as a hub to destinations farther afield with direct flights from Vancouver to major cities in Canada, the U.S. and holiday destinations in Mexico and overseas.

Tomaine says that even though she’s been here for nine years, taking a BC Ferries ride to Victoria, the Sunshine Coast or the Gulf Islands is still “pretty novel and cool.”

When friends visit, Bowen Island, a mere 20-minute ferry ride away, is a great place to enjoy interesting restaurants and hiking, Tomaine says. She notes she was never a hiker until she moved to Vancouver.