By Emma Crawford | February 28, 2017, 9:26am
Outside the Trump International Tower and Hotel in Vancouver after the sign was unveiled in January | Photo: Dan Toulgoet

British Columbians are more likely to boycott a hotel, restaurant or store situated in a Trump-branded property than any other Canadians, a new poll has found.

“Canadians are starting to express their displeasure with the political situation in the United States with their wallets,” said Insights West vice-president of public affairs Mario Canseco.

“There are sizeable proportions of residents who will avoid the Trump brand and smaller groups of Canadians who are ready to shun American products.” 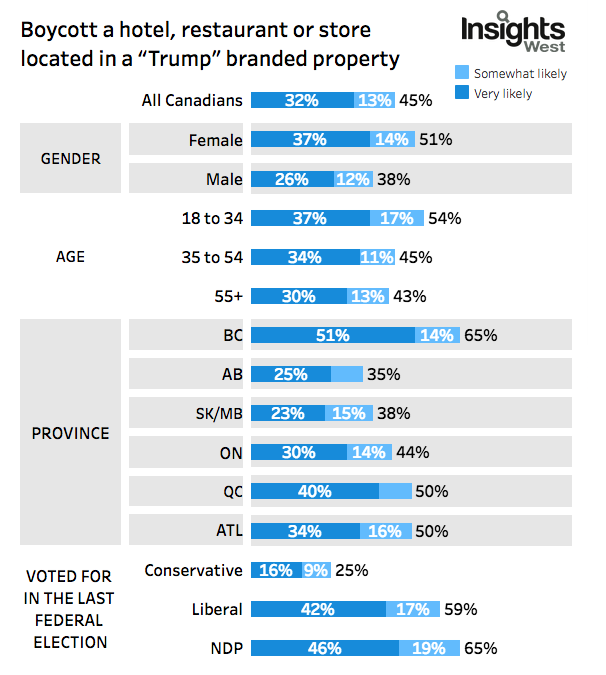 Across the country, those who voted for the NDP in the last federal election are the most likely to boycott the properties (65%), followed by those who voted Liberal (59%). Among those who voted Conservative, only 25% plan to stear clear of these locations.

The survey found 53% of shoppers in British Columbia plan to boycott stores that sell Trump-brand products, compared with 41% nationally. Nationwide, women are more likely to avoid buying these goods than are men (46% versus 36%). 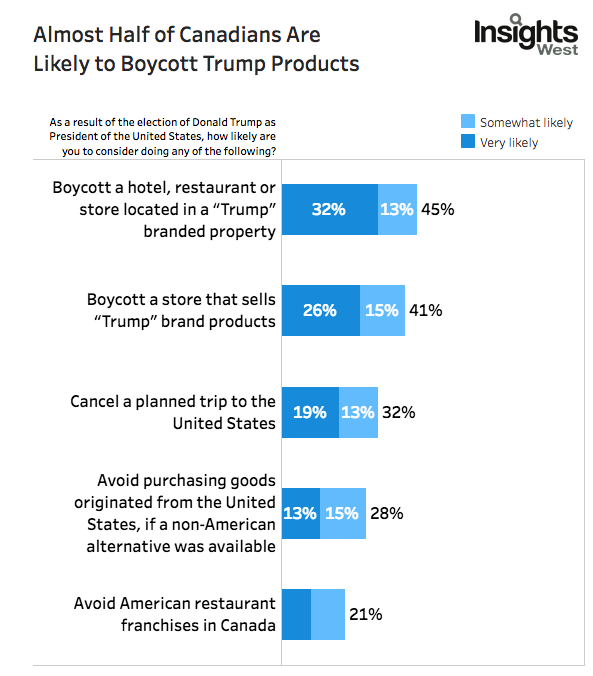 Responses were also divided in terms of age; younger Canadians aged 18-34 are the least likely to shop in stores that sell Trump items (50%), followed by those in the 35-54 age range (43%). Thirty eight per cent of those over 55 say they plan to avoid supporting these stores.

The poll also found that 32% of all Canadians plan to cancel planned trips to the United States as a result of the election of Donald Trump, and 21% say they intend to avoid American restaurant franchises in Canada for the same reason. 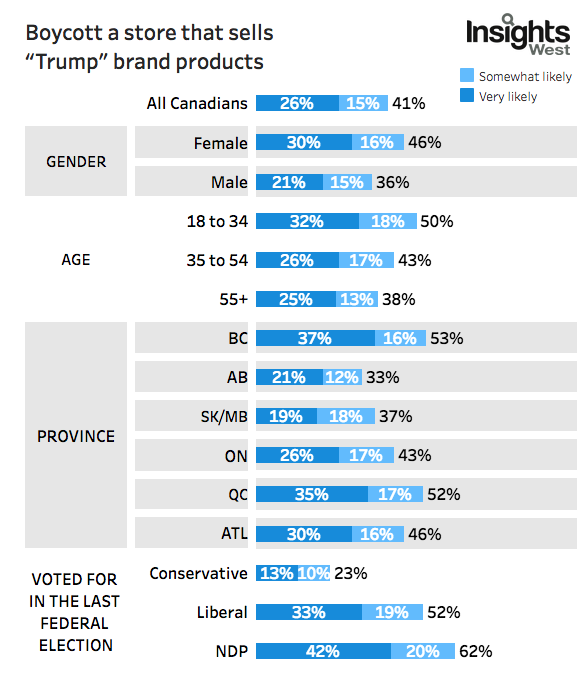