The slow rollout of wine on grocery store shelves progressed a bit March 17 with Real Canadian Superstore launching sales of B.C. wine at its Langley and Langford grocery stores.

That makes 16 grocery stores in the province that have started to sell B.C. wine on shelves since April 1, 2015, when B.C. law changed to allow such sales.

The Langley and Langford stores are the fourth and fifth Real Canadian Superstores to carry B.C. wine on store shelves.

The other stores in that Loblaw Companies Ltd. (TSX:L) chain that sell B.C. wine on shelves are in Kelowna, Vernon and south Surrey.

Kelowna and Surrey are the only cities in the province with two Save-On-Foods stores that sell B.C. wine on shelves.

The other seven cities where there is a Save-On-Foods location that sells B.C. wine on store shelves are:

No grocery store in the province is allowed to carry international wines on store shelves because that is against B.C. law.

Loblaw's Real Canadian Superstore has been buying licences to sell B.C. wine on its store shelves from the provincial government, which has been holding auctions for what it calls “dormant” licences.

Overwaitea bid on those licences too but was outbid, Overwaitea president Darrell Jones told Business in Vancouver last year.

Real Canadian Superstore spent more than $6.9 million to buy its first six licences from the B.C. government at auctions in April and May 2016.

“At some point it gets beyond being a good business decision for us although that’s not to say that it wouldn’t be good for somebody else.”

Overwaitea plans to launch B.C. wine sales at its Penticton Save-On-Foods store on April 6 and it has a few more licences for which it could launch sales at other stores. 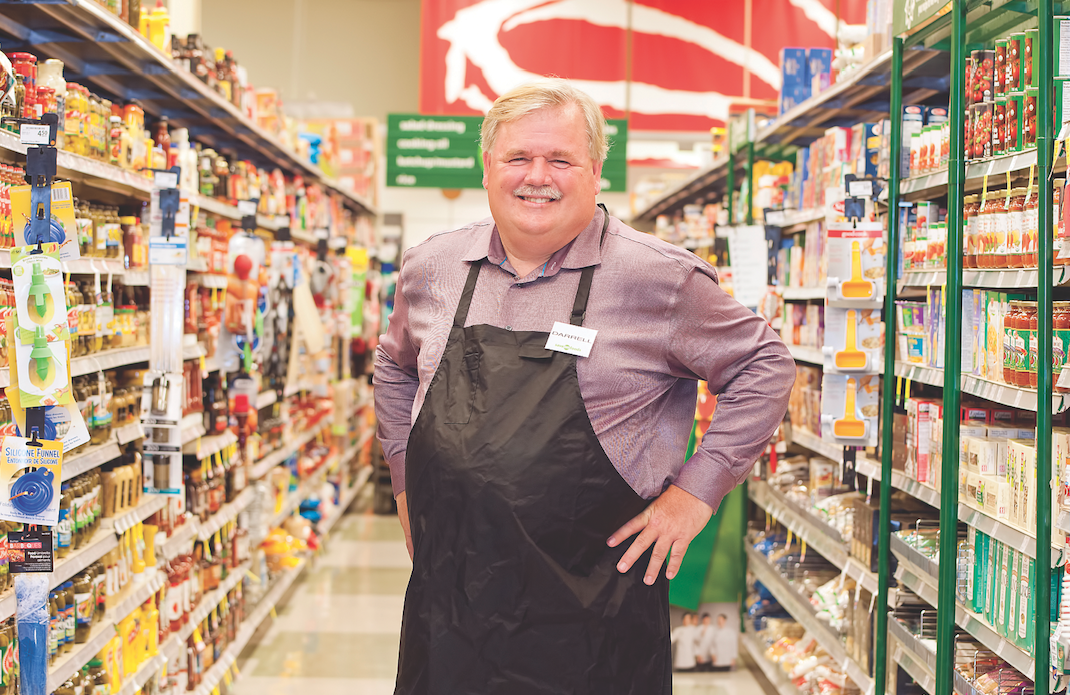 (Image: Overwaitea president Darrell Jones believes that the price paid at auction for licences to sell B.C. wine on store shelves was too high for his business so he allowed his company to be outbid | Chung Chow)

The city of Vancouver has no stores that sell B.C. wine on store shelves because Vancouver city council voted to create a moratorium that forbids such sales.

The U.S. announced in January that it has launched new trade-enforcement action against Canada at the World Trade Organization (WTO).

New Zealand and the E.U. then announced that they would join the U.S. in its action.

Argentina and Australia then followed suit.

Grocers have used different approaches to get needed licences. Overwaitea’s strategy has been to sign operating agreements with the B.C. Wine Institute, which owns 21 licences that allow for sales of only B.C. wine.

Real Canadian Superstore, in contrast, has been buying some of the provincial government’s 24 licences, which allow those sales, at provincial auctions.

To sell B.C. wine at their stores, grocers also have to meet zoning requirements.

One is the wine-on-shelf option, whereby B.C. wine can be sold on shelves within the grocery store.

The other option is the store-within-a-store model, where there is a sectioned off area of a grocery store where beer, wine (from all over the world) and spirits may be sold.