Cathay Pacific on March 28 landed the first Airbus A350-900 plane to ever visit Vancouver International Airport (YVR), just before 7 a.m.

Executives at the struggling airline hope that increasing the frequency between Vancouver and Hong Kong to 17 times per week, up from 14 times, will be a small move toward balancing its books.

That was the airline’s first annual loss since 2008 and it caused shares to immediately dive 5%.

The three new Cathay flights depart Vancouver at 9:25 a.m., which is a new time for the airline, on Tuesdays, Thursdays and Saturdays. There are 38 business-class seats, 28 premium-economy seats and 214 economy seats for a total of 280 seats.

“Where else in North America could we could possibly have launched the newest aircraft type in our fleet,” asked Cathay Pacific senior vice-president Philippe Lacamp at a morning gate ceremony before his airline’s Airbus A350 departed on its way back to Hong Kong.

“We started working with YVR almost 35 years ago, as our first flight was on May 1, 1983. Back then, Cathay Pacific were real trailblazers as we had our state-of-the-art Boeing 747-200. We were the first airline to fly non-stop trans-Pacific flights from Asia to Canada.”

Airbus’ A350 planes are considered to be an equivalent to Boeing’s 787 Dreamliner aircraft series, which several airlines are already using on routes to YVR.

Dreamliners and Airbus A350s both use the newest technology to be more fuel efficient and to fly higher than other planes while making passengers in the cabin feel as though the plane is much lower.

Lacamp told Business in Vancouver that he expects fuel efficiency will be improved by about 25%.

(Image: Cupcakes and a cake shaped like a plane were on hand March 28 at a gate ceremony before Cathay's Airbus A350 took off for Hong Kong on its first voyage from Vancouver | Glen Korstrom)

“That gives us a competitive advantage as we have the most frequent flights,” he said.

Cronin expects prices for flights are likely to fall, at least temporarily, because of the new competition starting in June from Hong Kong Airlines.

“When we come close to matching or we match their initiatives, there’s also a stimulative effect on the market with new business that might have gone to a different destination,” he said.

Hong Kong Airways will use Airbus A330-200 planes that are configured to have 18 business class seats and 246 seats in economy.

The business class section will have a sky bar where passengers can move around and mingle.

“Not too many airplanes have that,” said George Liu, who is Hong Kong Airlines’ chief marketing officer and was in Vancouver earlier this month. 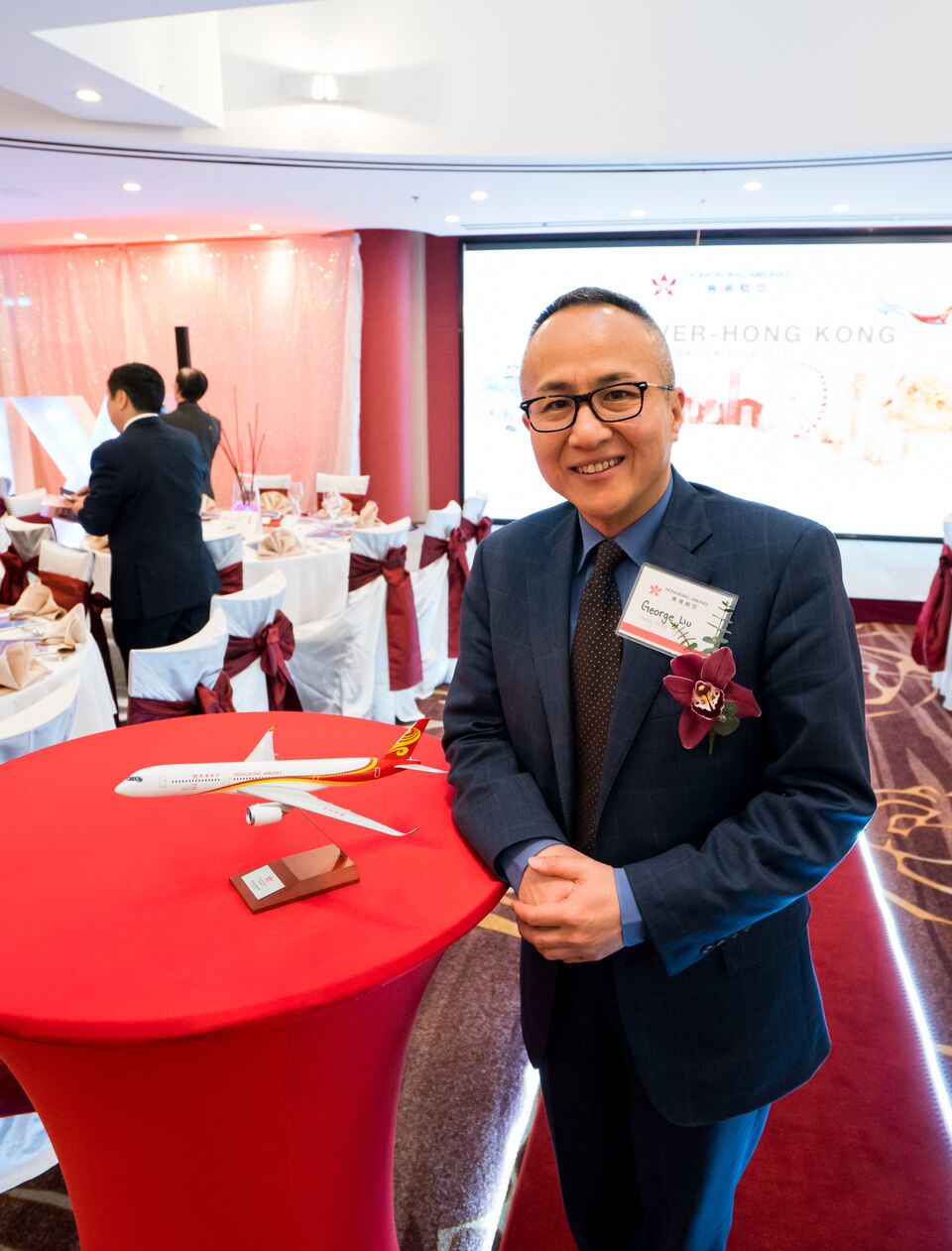 “Emerites and Virgin has it on some routes but on this [Vancouver to Hong Kong] route, we’re the only one that has a sky bar. Of course you could have all sorts of cocktails and some Hong Kong drinks,” Liu added.