Filson, Bailey Nelson and Herschel all set to open stores in the city’s heritage district

A spate of new retailers is coming to one of Vancouver’s oldest neighbourhoods, including international brands locating some of their first Canadian locations in the historic Gastown district known for its cobblestone streets and Victorian street lamps.

H&M’s upscale fashion brand, COS, opened a 3,000-square-foot store at 18 Water Street last month. The Swedish giant had opened three central Canadian stores in the previous 18 months and selected Gastown as home to its first store in Western Canada.

Now comes word that international brands such as Filson and Bailey Nelson are planning to open stores in Gastown and that Vancouver-based handbag manufacturer Herschel Supply Co. is preparing to open its first corporately owned store in the neighbourhood.

The newcomers are expected to add a new vitality to the area, but their interest in locating in Gastown is not a surprise to executives at Fluevog Shoes, which has operated a 5,000-square-foot store in Gastown for almost a decade.

“We like the mix of creative people in the neighbourhood and the tourist traffic that comes here as well,” said the company’s COO, Adrian Fluevog, echoing sentiments expressed by many area retailers. “We’re very happy with our store’s performance and have made it our flagship store.”

Fluevog has watched the street evolve and said he thinks traffic has picked up in recent years.

Filson CEO Steve Bock told Business in Vancouver that he decided to locate his 12-store chain’s first Canadian store in Gastown because the area is “gritty” and has a heritage look that reflects well on his brand, which is 120 years old and was founded to supply durable clothing to prospectors during the Klondike gold rush.

Because Filson is a Seattle-based company that has most of its sales in the Pacific Northwest, Bock said choosing to open in Vancouver before opening in Toronto felt “natural.”

The 3,000-square-foot Filson store at 47 Water Street in Gastown is slated to open April 28 and is part of a wave of new stores that Filson is opening to boost its growth rate after decades of slow expansion. The company intends to open four other stores this year, including one in Toronto. 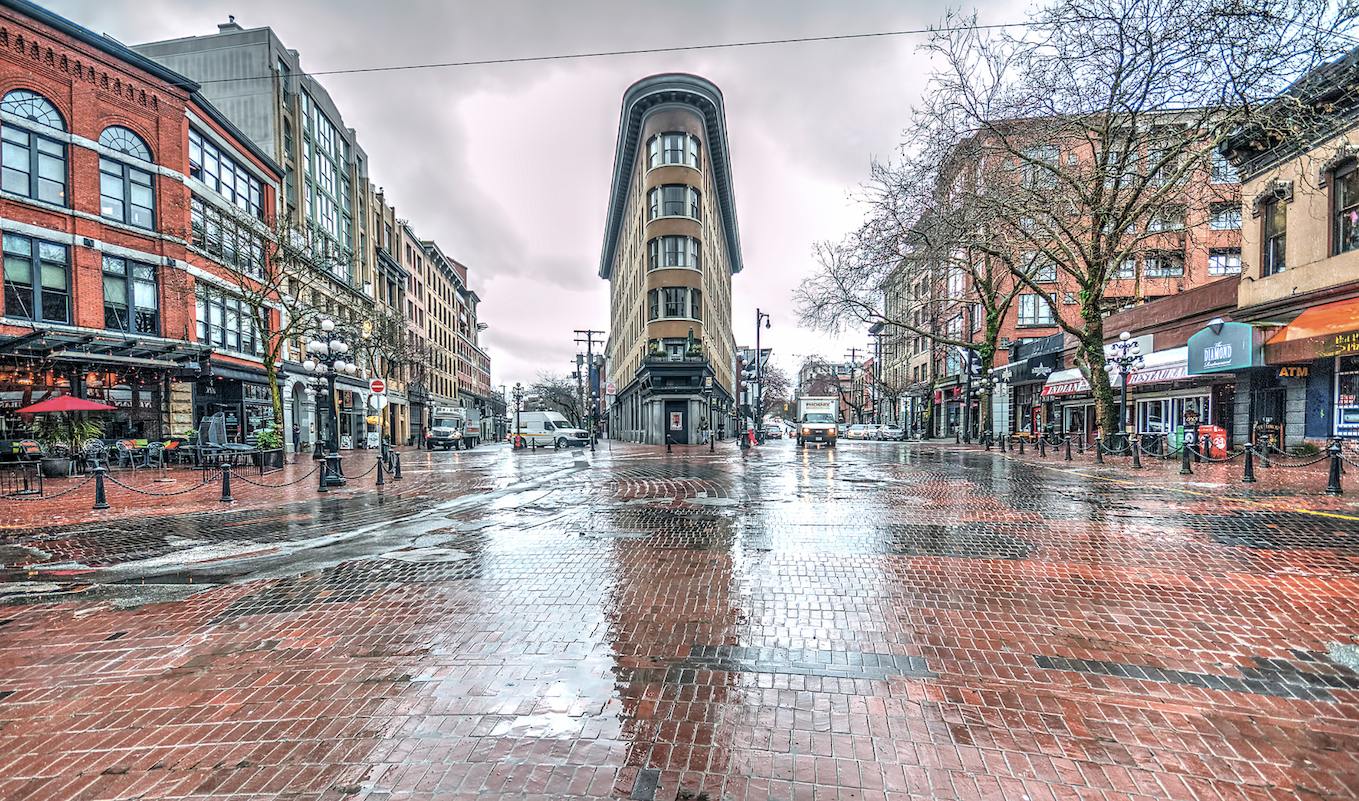 Bree Stanlake, Bailey Nelson’s North American managing director, said Gastown’s young demographic and high concentration of artists was one of the reasons why her 27-store eyewear chain chose to locate in that district.

The company has so far operated only in Australia and New Zealand.

Vancouver beat out Toronto as the site for a first Canadian store because Vancouver’s culture is similar to that of Sydney, she said.

“Although Sydney is much warmer and a little more conducive to surfing and water sports, people in Vancouver are very much into having an outside lifestyle,” Stanlake said.

As for Herschel, it plans to start constructing a 5,000-square-foot flagship store at 347 and 349 Water Street in Gastown, and to open the store in 2018, principal Jamie Cormack told BIV.

He and brother Lyndon Cormack chose to locate the store in Gastown because that is where the duo founded their handbag manufacturing and retailing company. The two also like the area’s demographics.

All these developments prompted retail analyst and Retail Insider Media owner Craig Patterson to say Gastown is basking in a “cool moment.”

He added that the area benefits from heritage architecture, an overall historical aesthetic, decent foot traffic, lots of tourists and rents that aren’t as high as in some other parts of the downtown.

“Having the Downtown Eastside nearby doesn’t help but that’s a whole different story,” he said. •