Kit and Ace: a cautionary tale of business expansion

By Glen Korstrom | May 5, 2017, 8:08am
Vancouver fashion retailer Kit and Ace announced recently that it will close all international locations | Chung Chow

Retail executives and analysts are reflecting on how best to expand internationally in the wake of news that Vancouver’s fashion house Kit and Ace will close all 32 of its stores outside of Canada.

Kit and Ace will shutter stores in the U.S., U.K. and Australia but keep nine Canadian locations open.

The biggest difference between Kit and Ace and most upstart fashion retailers is that a billionaire family founded the company.

Chip Wilson, who founded Lululemon Athletica Inc. (Nasdaq:LULU) and declined to be interviewed for this story, has deeper pockets than most entrepreneurs could dream of.

“The world is moving insanely fast, and I think that in order for us to become a retail force in the global market, we know we need to move quickly,” J.J. Wilson told Business in Vancouver in early 2015 – half a year after the first store opened in Gastown in July 2014.

By early 2016, Kit and Ace had rapidly expanded to 700 employees and 61 stores, many of which the company considered temporary locations to test a market.

Shannon Wilson’s hometown of Saskatoon, Saskatchewan, had a store for a while. So did Tokyo, Japan. Both of those locations closed long before the April 26 announcement that the company would retrench to nine Canadian stores.

“They were in Saskatoon. That is sort of like Chanel opening in Lethbridge.”

Patterson said the best retail expansion strategy is to open first in larger markets and, whenever possible, to use data gleaned from e-commerce sales to determine where clusters of customers live.

Successful, steadily growing Vancouver retailers such as Indochino and Fluevog Shoes carefully track e-commerce data and use it to determine where new store openings should be.

The 47-year-old Fluevog Shoes has 22 locations, including one that opened last month in Edmonton. It has plans to continue slow and steady expansion, said Fluevog, the son of founder and CEO John Fluevog.

The 11-year-old, 13-location Indochino, which opened April 28 in Metropolis at Metrotown, is negotiating for a second store in New York City because New York is the company’s largest market, CEO Drew Green told BIV.

Leases in four other U.S. cities are also being finalized, and Green expects Indochino to have 18 showrooms by year’s end. 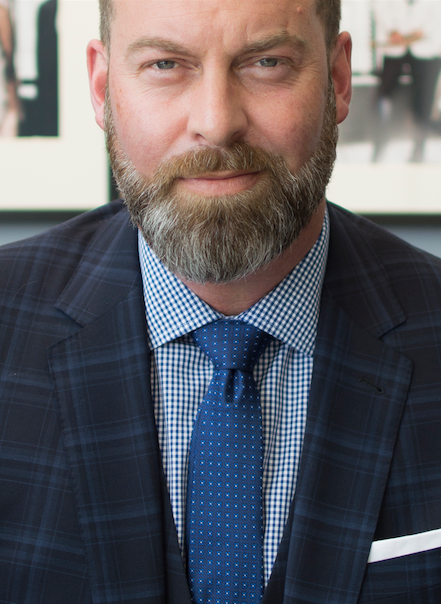 “Profitability and growth in that order are the most important things,” Green said, echoing a sentiment that Fluevog shares.

Some retail chains have large stores in marquee locations where rents are too high to be profitable but the store acts as a billboard for the brand.

Green and Fluevog said they would not pursue that strategy because they want every store they open to be profitable within a relatively short time after opening.

Indochino began with a series of pop-up stores but now has more permanent showrooms with longer leases.

Its pop-up model may have worked initially because the custom-made-suit seller booked appointments for fittings with customers and could go into smaller towns as part of what it called a travelling tailor program.

“Logistically, it is quite a bit of effort to go through. You still have to go through everything you have to do to open up a store: you have to staff it, you need to find a space and do lease negotiations, and you need the inventory. To go through all that work, we think we might as well just dive in [and open a permanent store].”

When brands open second or third stores within a metropolitan region, there is also often considerable thought put in to determine where those stores should go.

In 2009, soon after Chip Wilson had hired former Starbucks executive Christine Day to be president of Lululemon, Day shared with BIV her thoughts on how retail expansion should take place.

“There’s actually a tremendous amount of science behind [where to locate stores],” said Day, who had been head of Starbucks’ Asia Pacific operations.

Her favoured approach is to:

•first to locate stores in a hip and funky locale;

•then locate in urban-affluent locations; and

She said that Wilson correctly followed this strategy – wittingly or not – when he opened Lululemon’s first store in Kitsilano, then opened on Robson Street and finally branched into the suburbs.

“Chicago would be a good example of where [Lululemon] made some mistakes prior to my coming on,” Day said. “Not site mistakes but sequencing mistakes.”

Lululemon’s Windy City expansion went to the suburbs almost right away. Day then opened stores in affluent urban neighbourhoods and in what she called “hip-urban” parts of town.

Neither Green nor Fluevog have as clear cut a strategy for where to open within cities but Indochino’s expansion has tended to go from urban affluent locations and then into suburbs.

Indochino’s Vancouver showroom has bounced around a bit – from being part of the company’s East Vancouver office, to Gastown and then finally on Homer Street in downtown Vancouver. It then opened in Metrotown in suburban Burnaby. •