With more competition on the Vancouver-to-Hong Kong route than ever before, airlines are selecting ultra-modern aircraft and using innovative configurations to lure travellers.

Hong Kong Airlines launched daily non-stop flights between Vancouver and the Chinese special administrative region on June 30. This follows Cathay Pacific upping its number of flights on that route to 17 per week from 14 as of March 28.

Air Canada, the third competitor on this route, has daily flights.

The competition has boosted the number of flights per week on the route by 48% – to 31, compared with the 21 flights offered last summer.

Indeed, flights between Vancouver and the greater Chinese region, including Taipei and mainland China have been rapidly increasing as BIV reported earlier this year.

By July 25, there are scheduled to be 10 airlines operating a total of 104 weekly non-stop flights between Vancouver and those destinations.

Stiffer competition has forced airlines to differentiate their offerings and that is happening on the Vancouver–Hong Kong route.

Cathay Pacific’s strategy has been to use Airbus A350s on the airline’s three new weekly flights. Those planes, making their Vancouver debut, are Airbus’ equivalent of Boeing’s Dreamliner 787s, with both being the most advanced commercial aircraft available.

Not only do both models of aircraft fly faster and higher and offer better fuel efficiency, they also can provide a cabin humidity that makes passengers feel as though the plane were flying much lower – something that reduces jet lag.

“[Airbus A350 planes] are made from a composite material, rather than aluminum, which means that it is lighter,” Cathay Pacific’s senior vice-president for the Americas, Philippe Lacamp, told Business in Vancouver.

“The planes also have reduced emissions.”

While Hong Kong Airlines has some Airbus A350s on order, it plans to use a different class of Airbus plane – A330-200s – on the Vancouver route. The planes are relatively new but not as technologically advanced as the A350 series.

(Video:  Click to enjoy a quick view of the ceremony where Cathay Pacific celebrated landing its first Airbus A350 plane to travel to North America, on March 28, and some comments from its senior vice-president for the Americas on where it will launch those planes next on this continent  | Glen Korstrom)

Hong Kong Airlines’ lure for passengers, however, is in the seat configuration of its planes.

While its 18-seat business-class section is the smallest offered by any of the three airlines, its 246-seat economy section is roomier than other configurations for that airplane, Hong Kong Airlines chief marketing officer George Liu told BIV during a recent visit to Vancouver.

Not only will economy passengers have more legroom than some airlines would provide, there will also be a self-serve bar, where passengers will be able to walk up to a common area at their leisure and refill non-alcoholic drinks and snacks, Liu said. 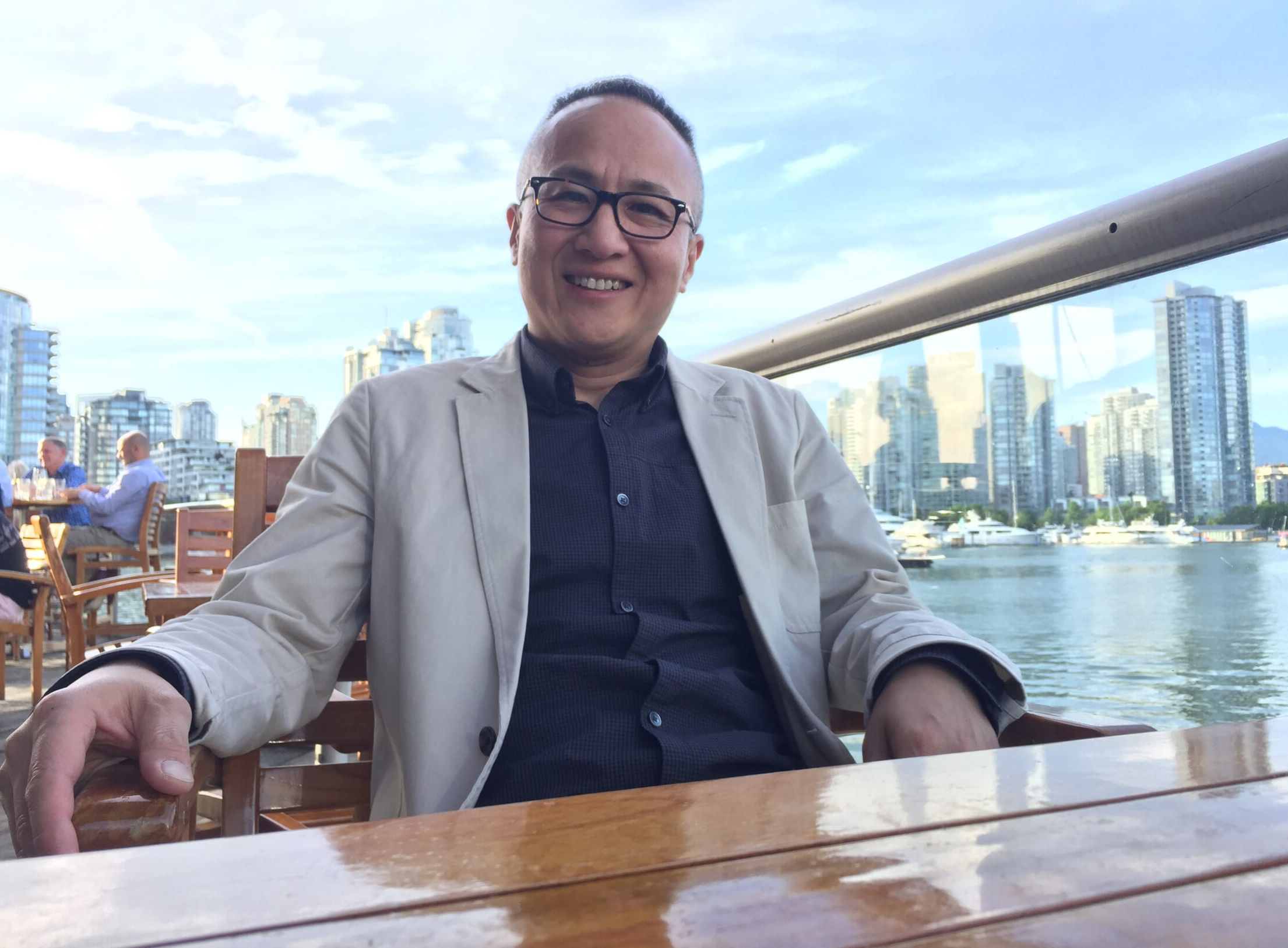 (Image: George Liu, who is based in Hong Kong, chats with Business in Vancouver on a recent visit to Vancouver | Glen Korstrom)

The airline’s self-serve bar in its business-class section will include beer, wine and spirits, he added.

Air Canada and Cathay both add the perk of a premium economy section, which is a step up from the regular economy section but not as opulent as the business-class sections.

Cathay also has a fourth category of seating – first class – on half of its other 14 flights out of Vancouver.

Cathay’s seven night flights are on a Boeing 777-ER plane that has six first-class, 53 business-class, 34 premium-economy and 182 economy seats.

The biggest difference between first class and business class is that passengers get more space in their large pods. Both of those classes offer lie-flat seats that can double as beds. 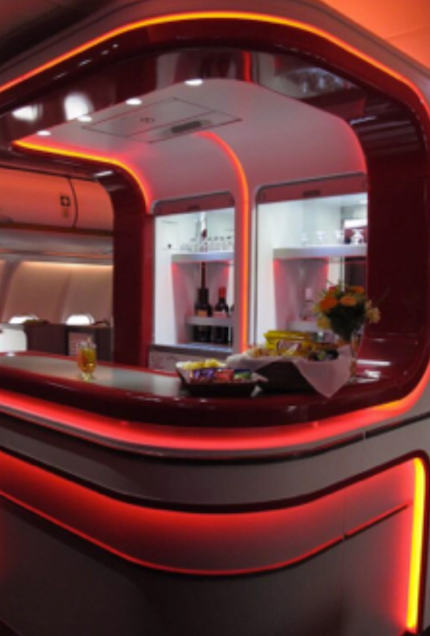 Cathay’s flights that leave Vancouver in the early afternoon are also on Boeing 777-ER planes but those planes have far more economy seats: 268. Those flights also have 32 premium-economy seats and 40 business-class seats but no first-class seats.

The rationale is to have roomier first-class seats and more business-class seats on the night flight because more people are likely to want to sleep, Cathay Pacific spokeswoman Jennifer Pearson told BIV.

That capacity is 32% more than Cathay Pacific’s largest configuration so it is the largest plane by far that any of the three airlines fly on the route.

“We only have one flight per day so we want to make sure that we have the right airplane to meet the demand at that time,” Mah told BIV.

All three airlines offer business class passengers the option of visiting a lounge before flights both in Vancouver and in Hong Kong.

Air Canada and Cathay Pacific have their own lounges at Vancouver International Airport while Hong Kong Airlines has an agreement with YVR Plaza Premium Lounge for all of its business class passengers to get free access to that lounge.

Other passengers can use that lounge for a fee.

The three airlines all have their own lounges in Hong Kong.

Cathay Pacific offers the most choice for lounges, given that it has five separate lounges at Hong Kong International Airport, including a first-class lounge.

Some differences between Cathay’s first class and business class lounges is that in the first class lounge, passengers are able to use curtained-off rooms that have large beds as well as to get foot massages. 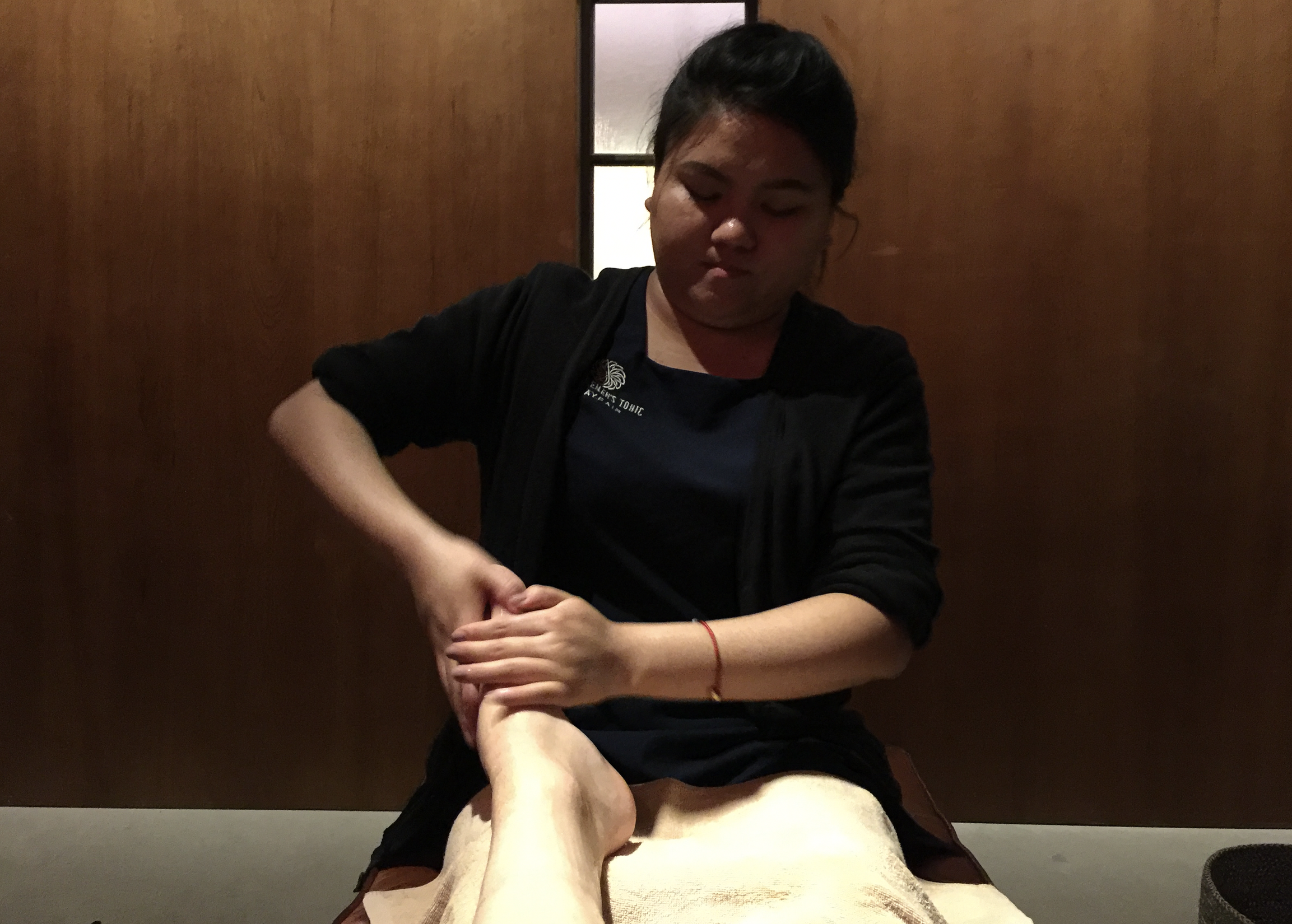 (Image: Passengers who visit the Cathay Pacific first-class lounge at the Hong Kong International Airport can get free foot massages before their flights | Glen Korstrom) •