By Glen Korstrom | June 9, 2017, 2:10pm
Tom Lee Music vice-president Graham Blank touches a screen at his store to enable a video of Sarah McLachlan to show on a screen and for the piano to start playing the notes that are played in the video | Glen Korstrom&nbsp;

A customer at the Sport Chek on Robson Street points at a large monitor in the bike section – a gesture that makes the screen start showing videos of cycling.

The customer then points at a couple more places on the screen and starts to navigate the store’s selection of bikes for sale.

The year-old store remains one of the more innovative retail locations in Metro Vancouver for integrating technology into the shopping experience.

Not only does the sporting goods retailer have displays that include holograms to make it appear as if some shoes were on fire, it also uses light displays and has touch-screen technology in many departments to engage shoppers.

DIG360 retail analyst Raymond Shoolman laments that too many retailers in Vancouver are not updating their stores with new technology, and risk being left behind.

“Creating experiences is a critical part of retail today,” Shoolman said. “Just having a nice store with nice products in a good location isn’t enough anymore.”

He said consumers are increasingly expecting stores to provide entertaining and interactive displays, and that retail laggards, which simply showcase products, will wither.

“It’s a heavy expense, even for department stores, but interactive displays are inevitable and you have to do this kind of thing today.”

Retailers who invest in upgrading facilities to make in-store shopping experiences more fun tend to spend the money when opening a new store or during a major renovation.

Tom Lee Music, for example, spent an undisclosed amount on a major renovation to open a new flagship store in May above the London Drugs store at the corner of Granville and Georgia streets. 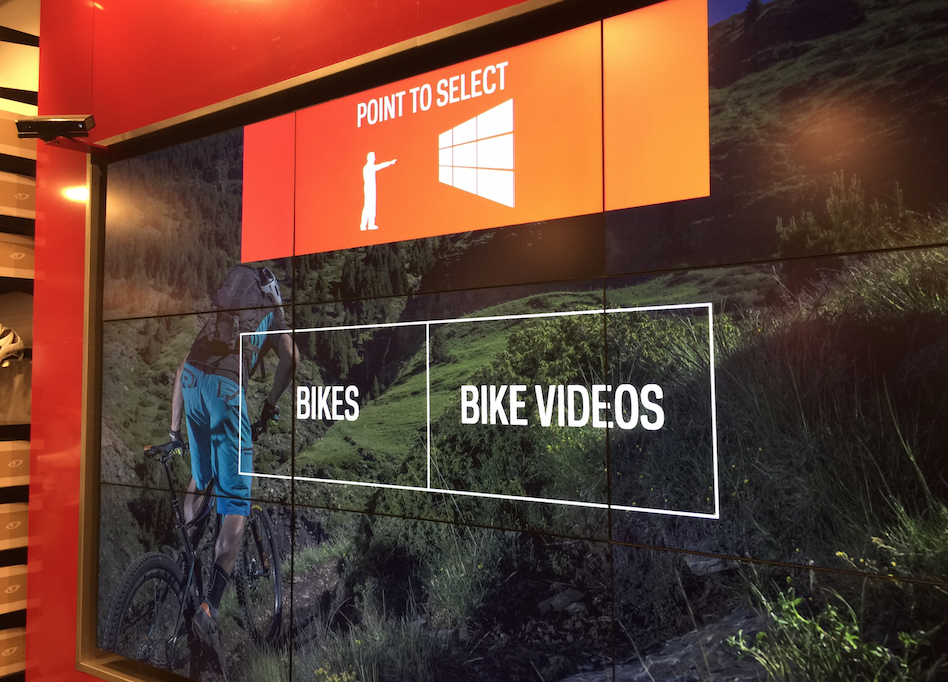 In the piano room of the new space, the music store’s vice-president, Graham Blank, demonstrated two different technologies that enable customers to use apps to stream video footage of performers onto a screen. As Glenn Gould and Sarah McLachlan played piano on the screen, a grand piano in the showroom started matching the music, note for note, on its own.

“You can also play something on the piano and then have the piano play it back to you,” Blank said. “It can be easier to listen to what it sounds like when you’re not also doing the playing.”

The new Tom Lee Music store also has a 70-seat recital studio, where Blank expects musicians to make regular appearances and help draw customers. Shoppers who are not in the studio can watch streamed performances on the many flat-screen TVs throughout the store. 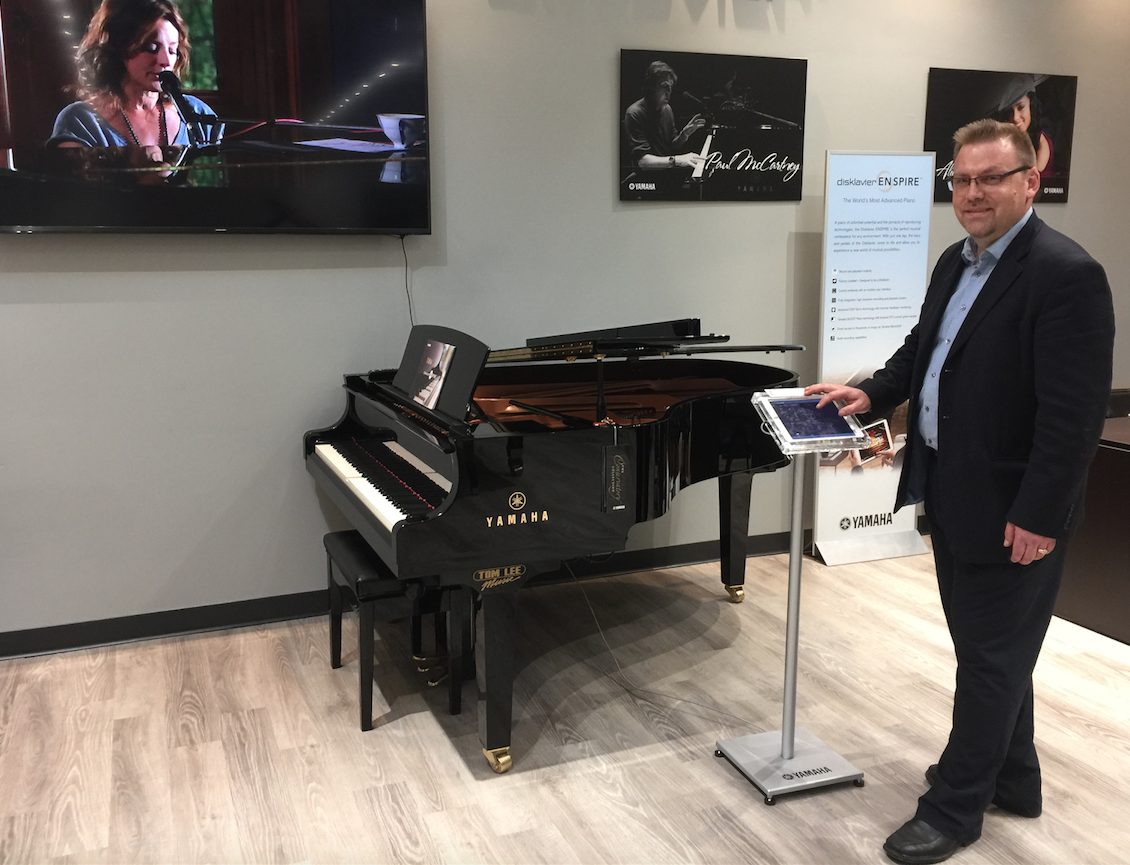 The store’s highly visible outside sundeck is another place where performers can play – and draw the attention of potential customers at the busy intersection.

Other retailers are incorporating engaging features and more frequently holding events in stores.

RYU regularly invites customers via its Facebook page to gatherings at its store at 1745 West 4th Avenue, where there is an upstairs gym.

Arc’teryx also intends to host events and speakers in an 80-square-foot part of its new flagship store at 813 Burrard Street.

One wall will have a large map of lower B.C. that delineates hiking and ski trails, and includes space for staff to write information on weather and trail conditions.

The space also has a projector that can beam light on a pull-down screen to generate other imagery.

Arc’teryx president Jon Hoerauf told Business in Vancouver at the store’s June 8 launch event that interactive technology displays were not included in the store for two main reasons. First, he wants the customer to have personal attention from staff and not be focused on technology. Second, technology changes so fast that displays could soon be outdated.

He was not concerned that customers will soon expect such features. 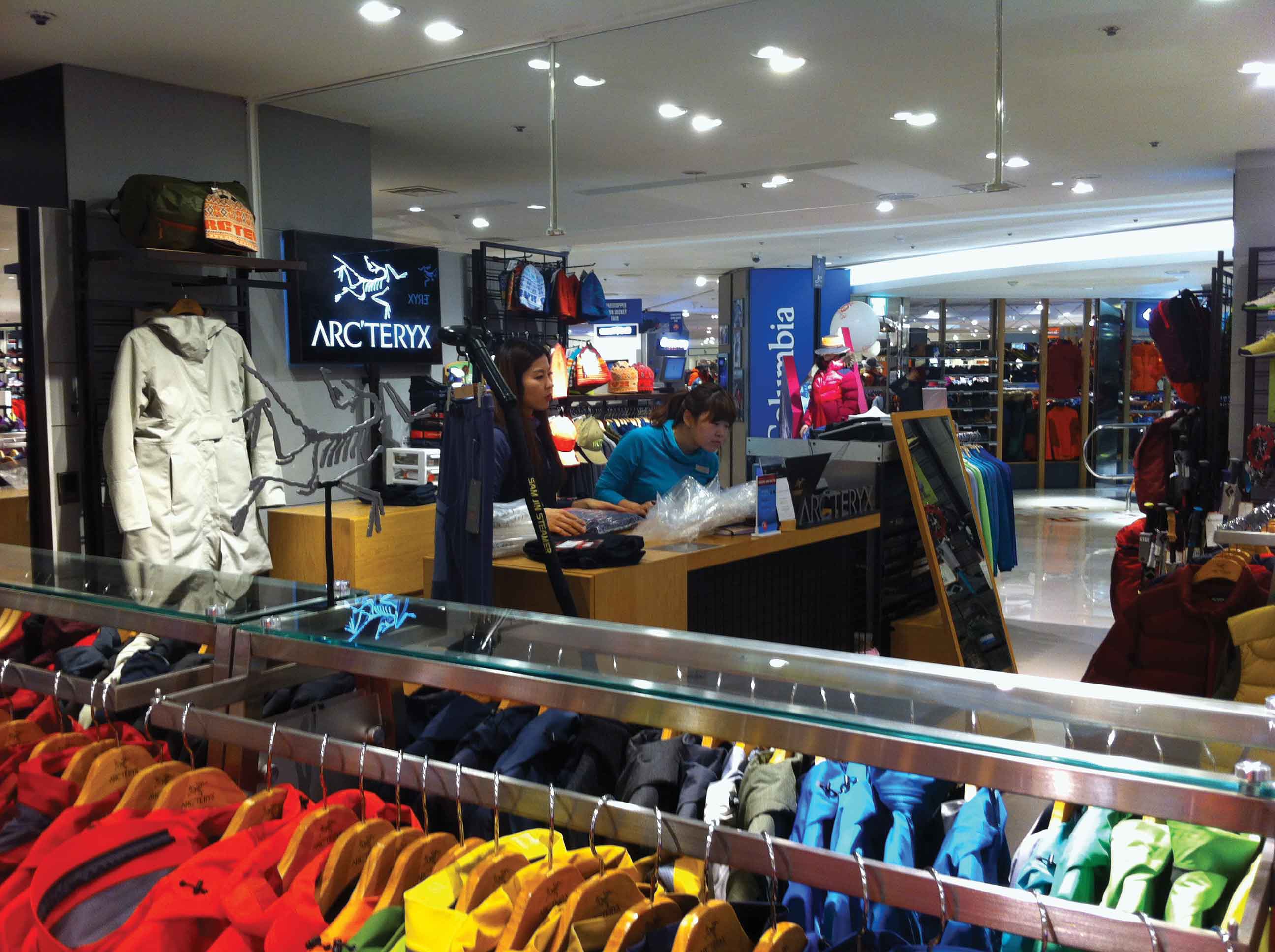 Other companies are alert to consumer demand for interactive displays even if the technology is not immediately in their new stores.

Vancouver’s BFJ Design, for example, is preparing to open a new 4,000-square-foot showroom later this month at 1362 West Pender Street.

The space will showcase high-end kitchen cabinets, vanities, faucets and other products made by manufacturers such as Fendi or Bentley.

Customers eventually will be able to wear VR goggles to get the perception that they are in a factory where workers are making the high-end cabinets.

“Some people like to see the quality of the factory and what technologies they are using,” Jobani said.

“For those people, it is a bit like buying a Ferrari, where they want to know everything about it. We sell very expensive kitchens.”•