B.C. wines hold their own on judgment day

A blind tasting of B.C. Pinot Gris and Merlot against international counterparts

Now in its third consecutive year, the Judgment of B.C. is a firmly entrenched tradition. This blind tasting pits B.C. wines against counterparts from around the globe as judged by a panel of esteemed local and international wine writers, educators, sommeliers and Masters of Wine.

The third edition took place in Summerland on Aug. 18. This year, we put Pinot Gris and Merlot to the test. These represent the most planted white and red grapes in B.C., accounting for 11 per cent and 15 per cent, respectively, of all varieties grown.

As previous judgments considered media darlings Riesling, Chardonnay, Pinot Noir and Syrah, it made absolute sense to take a look at our most commercially important grapes.

The competing wines were selected by DJ Kearney, director of wine at NewDistrict.ca, who does a stellar job choosing benchmark examples.

Judges were given flights of six wines from B.C. and six from abroad, presented without any clues as to price, origin, producer or vintage. Each judge had to then rank the wines in order of individual preference.

The scores were collated and averaged to determine a collective ranking. This means that an individual judge may have a very different order than the group consensus.

As exciting as the results are, the discussion around them is even more significant.

"It's not just about how our wines stack up to international benchmarks," says Kearney, "but also what we learn from this." 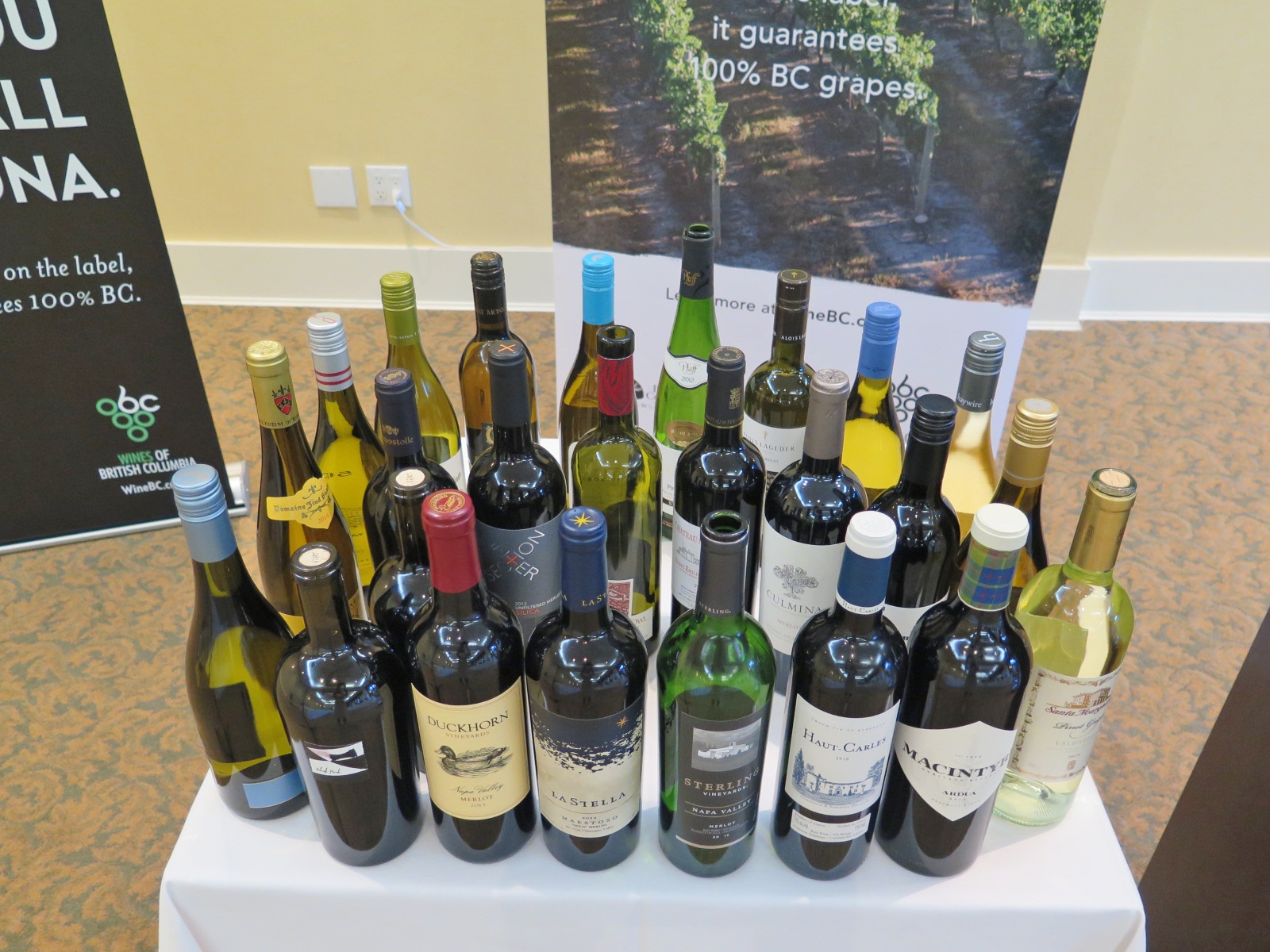 The Pinot Gris flight included wines priced from $17 to $42. More diverse than price, though, was the range of style. Some were simple and fruit-driven, others had a touch of oak; some were dry while others had a bit of sweetness.

As Boston-based wine writer Michael Apstein pointed out: "The inherent problem with Pinot Gris in general is that, like Riesling, you don't always know what you are getting."

Coming out on top was the crowd-pleasing and fruity 2016 Kim Crawford (Marlborough, New Zealand, $19.49).

In second place was the 2014 Zind Humbrecht (Turckheim, Alsace, $41). Rich, complex and by no means mainstream, this sits at the other end of the style spectrum.

As opposite as these two wines are, both spoke to the definitive Pinot Gris character of their respective regions.

The price range for the Merlot was greater ($20-90), though the styles less starkly contrasting.

In fact, many of the judges commented on how difficult it was to determine the origin of each wine. The discussion was more around whether the oak was overdone or integrated, the finesse of tannin or lack of, and whether the wine was underripe or overripe. We were all looking for our definition of balance.

The collective champion was the 2013 CheckMate Black Rook ($85) from B.C.,which beat examples from Bordeaux, Napa Valley, Chile and Washington. While I selected Bordeaux for my No. 1, my top scoring B.C. wine was 2012 La Stella, Maestoso 'Solo', the most expensive at $90, which ranked third overall.

Winners aside, the most important takeaway is that in this context, B.C. Pinot Gris and Merlot stand shoulder to shoulder with the international wines. The challenges with these grapes are not necessarily limited to B.C. and the best examples demonstrated that they can rise above these.

• For a complete list of results, go to winebc.com/judgment-bc.