Lululemon relaunches store in its original Kits location (with photos)

By Aileen Lalor, Westender | August 2, 2017, 2:14pm
The sign at Lululemon's new (old) store has been refurbished from an exhaust-and-muffler shop that previously occupied the space | All photos contributed

Vancouver retailer Lululemon Athletica Inc. (Nasdaq:LULU) has launched a store at 2101 West 4th Avenue in Kitsilano in the same location as the chain’s first stand-alone shop. 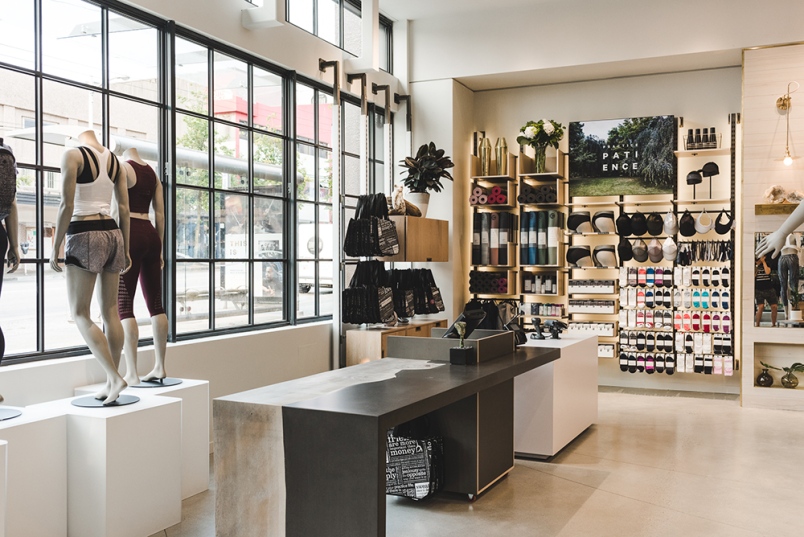 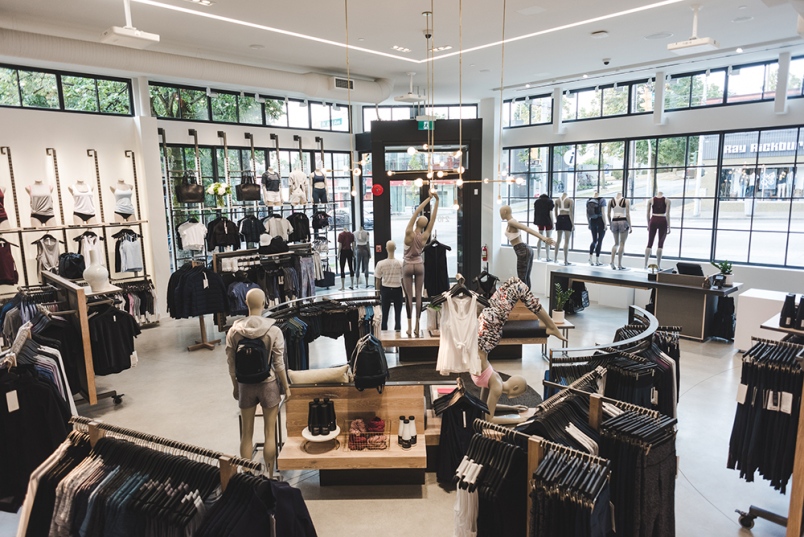 The landmark space is much expanded – it’s now 6,300 sq ft – but the original store is more or less as it was, now housing just the men’s collection. Throughout the light, bright shop are old photos, posters and a brass plaque that reads, “In Practice since 1998.” Outside, there’s a refurbished sign courtesy of the annexed exhaust-and-muffler shop that used to occupy that space (and apparently a source of great toing-and-froing with the city, which wanted the brand to remove it) boasting the cheeky message, “You’ll always remember your first.” 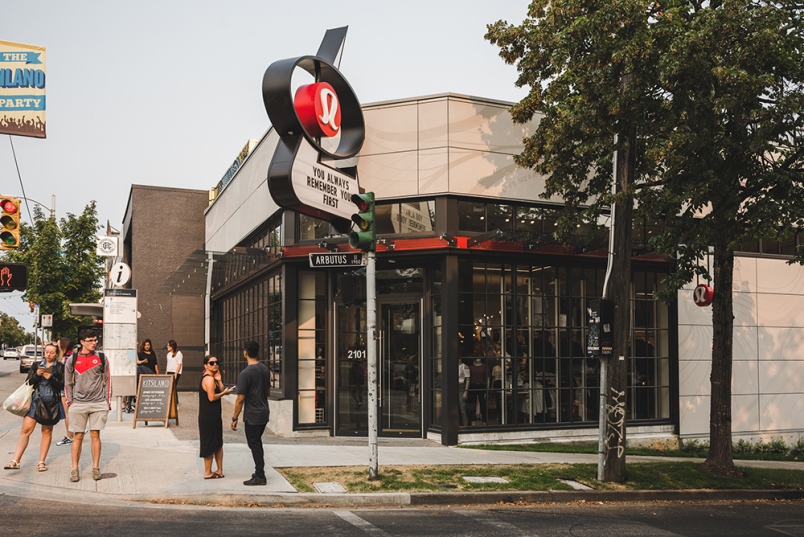 Murals by local artists Paige Bowman and Kris Kupskay add ambiance, as does the kombucha on tap, but the store’s best feature has to be its rooftop terrace. Decked out with comfy sofas and barbecues, it’s intended as a space to host pop-up community events, which will be announced on Lululemon’s social media. 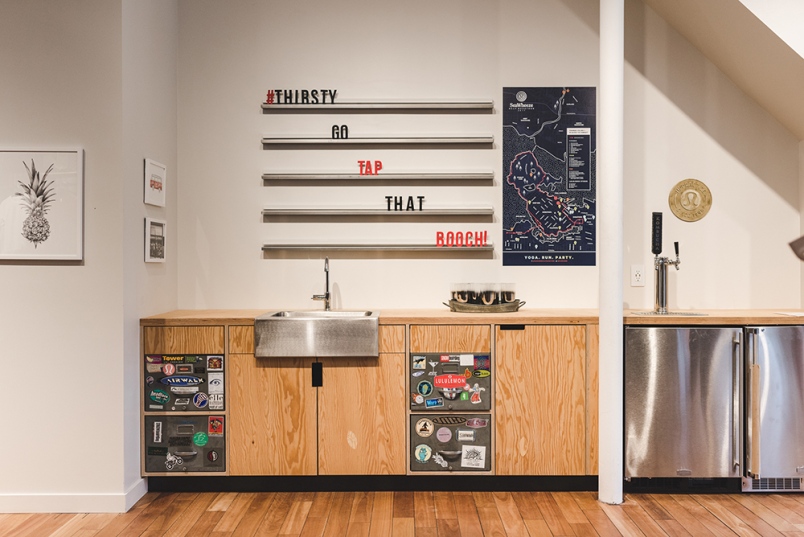 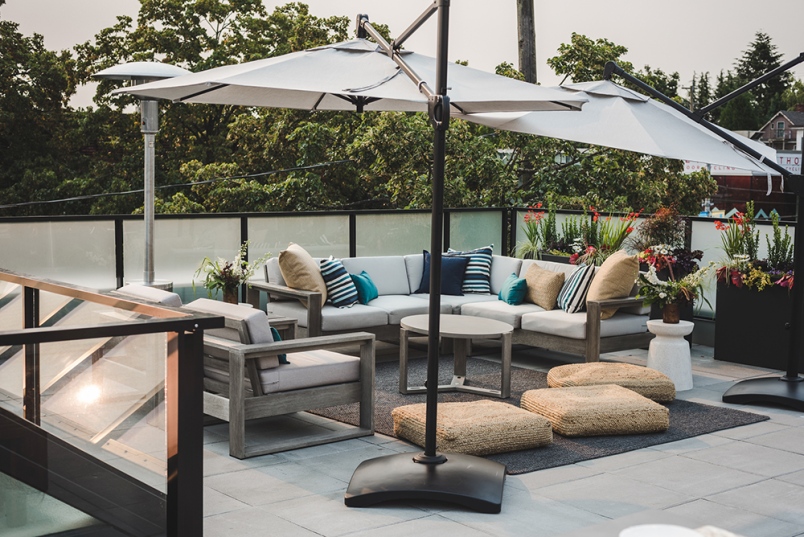