Vancouver’s Bai family revealed in July that it is pumping an estimated $100 million into its wine business in the Okanagan in a move that industry watchers told Business in Vancouver was among the largest investments ever committed to B.C.’s wine industry.

The Bais have accumulated 247 acres of land and plan to spend $50 million to build a destination winery.

“While optics might appear that we kind of went out on some kind of drunken shopping binge, that is hardly the case,” said Andrew Peller CEO John Peller of his three planned B.C. winery acquisitions.

“It’s totally coincidental that these things have come to fruition at the same time.”

Each of the deals is independent of the others, and Peller expects all to close by the end of October.

In the case of Black Hills, owners of the company’s 456 limited partnership units must vote to approve selling the winery for what CEO Glenn Fawcett told BIV is a $31 million cash offer from Peller.

Peller would not confirm that price or reveal its proposed purchase prices for the other wineries, but B.C. wine blogger and author John Schreiner told BIV that he believes Tinhorn Creek is likely the most valuable of the three.

The proposed purchase of Tinhorn Creek includes 150 acres of vineyard land, whereas Gray Monk has about 75 acres of land and Black Hills has about 50.

No one from Gray Monk was available for comment by press time, but Schreiner said he believes the winery’s founders, George and Trudy Heiss, were unable to transfer title to the winery to their three sons – Robert, Steven and George Jr. – for the right price.

“The sons either didn’t have the resources to buy their parents out or were not all on the same page,” Schreiner said. “I think it’s a little of both, knowing the personalities of the three sons. What would that winery sell for? Probably $25 million to $30 million. That’s a hell of a lot of money for those guys to go to a bank and raise, to get a mortgage that size.”

Unlike the Black Hills and Tinhorn Creek transactions, the Gray Monk deal involves $17 million in Class A shares in Andrew Peller.

Black Hills and Gray Monk have both been on the market for a while.

Fawcett created Black Hills 10 years ago, when he devised a complex ownership structure that has both general and limited partnerships.

Fawcett owns 54% of a general partnership that operates the winery while six board directors and three others together own a 46% stake.

Profit flows first to the limited partnership, where all the partners are paid up to the value of their capital plus 30%. Any profit on top of that, such as from the sale of the winery, is to be split evenly with the general partnership.

Fawcett initially promised investors that he would find a “liquidity event” within five to eight years. Given that it has now been 10 years, Fawcett said that he thought it was time to allow shareholders the opportunity to cash in their investments even though many investors wanted to continue to own the winery.

One stipulation in Peller’s offer is that Fawcett stay on as winery CEO for at least two years.

Tinhorn Creek CEO Sandra Oldfield, in contrast, will give up that role to be a special adviser if the deal to buy her winery closes. Oldfield owns Tinhorn along with her husband Kenn Oldfield and Bob and Barb Shaughnessy.

“We did tremendous given our smaller size,” Fawcett said. “It’s because of our profitability and the prestige of our brand. That, I think, made the big difference for us.” 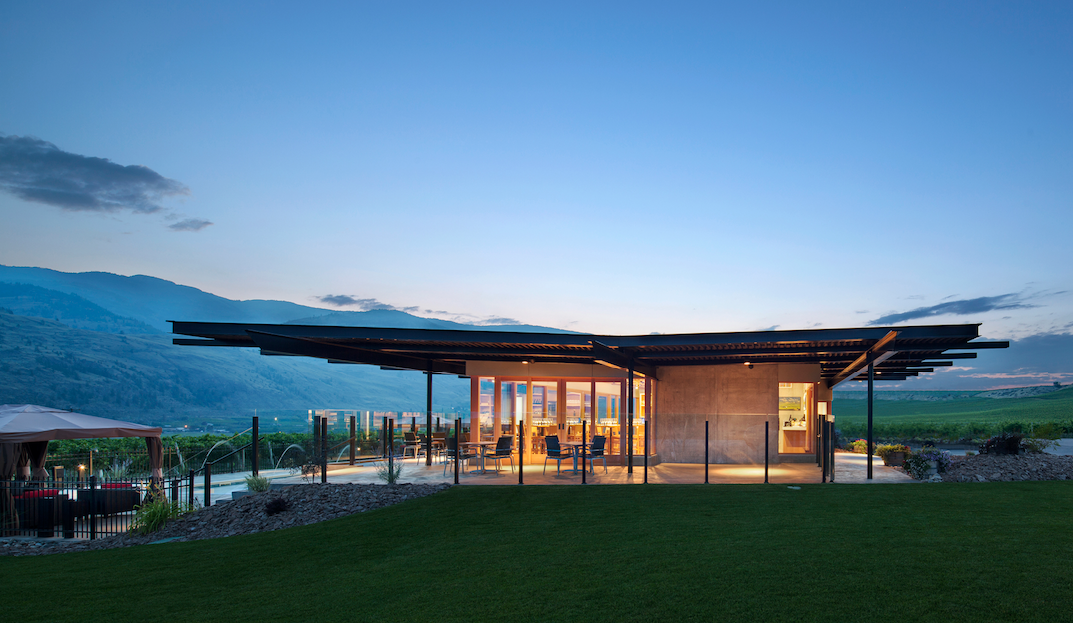 Black Hills likely has the highest profit margins on its sales because its wines are super-premium products. Its Nota Bene wine sells out fast and carries a $65 price point.

In contrast, Gray Monk is the largest producing BC Vintners Quality Alliance (BC VQA) brand, according to Peller, but its wine sells for much less than Black Hills’ does, in part because Gray Monk’s prime seller is Pinot Gris, which is a less expensive white wine.

Peller said on a conference call that the purchases will propel his company to No. 1 from No. 3 producer of BC VQA wine, which goes through quality testing and audits.

The other two big producers of BC VQA wine are Arterra Wines Canada, which is the new name for what was Constellation Brands in Canada, and the Mark Anthony Group.

If all transactions close as planned, Peller will still have sufficient credit to pump approximately $25 million into its western Canadian operations during the next five years, Peller president Randy Powell said on the conference call.

To help reduce debt, Peller plans to either sell or develop its 5.24-acre former Andrés Wines site in Port Moody.

Schreiner said Road 13 Vineyards and Chaberton Estate Winery could also be up for sale soon. •