In 1967, Charles de Gaulle, then-president of France, uttered a rather controversial phrase while on a state visit to Canada. From a balcony in Montreal, he yelled “Vive le Québec libre!” to the masses gathered below. The fat was in the fire, and Canadian-French relations went through a brief rough patch.

Quebec has always been a bit of an “other” in our country’s cultural landscape, even while being a founding root of that landscape. As for the food, while French cuisine can be found in any city a mari usque ad mare, Québécois food is a bit harder to experience – and no, I’m not counting poutine, as an entire cuisine should not be defined by one dish, no matter how tasty.

In fact, until recently, the cuisine of la belle province couldn’t be found at all in Vancouver. Then, JC Poirier, master chef behind Ask for Luigi, Pizzeria Farina, The Pourhouse and Joe Pizza, decided a visit back to his roots might be a good idea.

The result is St. Lawrence. The tiny corner space that took over the former Big Lou’s Butcher’s shop in Railtown has been reimagined by Craig Stanghetta, that restaurant design darling, and the room is an ode to the kind of childhood that most dream of. 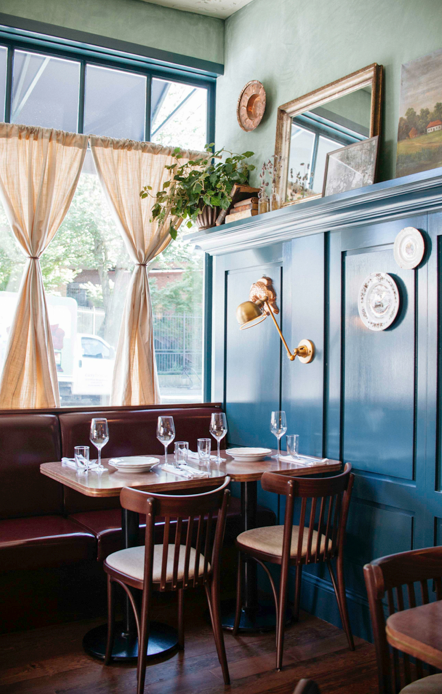 Framed photos of Poirier as a child line the walls, along with brass lamp fixtures, and curtained shelves over the eating bar. Cushioned chairs surround dark wood tables, plates are monogrammed and there’s a lot of that lovely fleur des lis blue. It’s small and spacious, brash and elegant, loud yet not obnoxious.

The food follows the same ethos. There is an unabashedly over-the-top use of sauce here. And butter. And cream. And cheese. Unapologetically lush, it’s also food that demonstrates an inordinate amount of technique and care.

Take the smoked bison ($18). It’s brined for almost a week, then braised and cold-smoked. Finished in the pan and served with sauce Ravigote, a kind of buttery vinaigrette with eggs, chives, capers and olive oil, it’s tender, juicy and well seasoned.

The daily terrine is another must-try. One night it’s rabbit with apricots, another, a pork-foie combo that elicits more than a few heartfelt groans.

Don’t look to find any poutine here. Instead, you can try the Pomme Duchesse à la Royale ($12), a very fancy name for an enormous baked potato that is piped back into its crispy skin, loaded with cheese curds and placed in a gravy bath. It’s a thing of beauty, just go with it.

It paired perfectly with a special one night of stuffed pig’s trotter ($36). The jellied foot was crammed with veal sweetbreads and large enough to feed two of us. Some even made it home for a midnight snack when we conceded defeat to save room for dessert. (Lose the battle, win the war, right?) 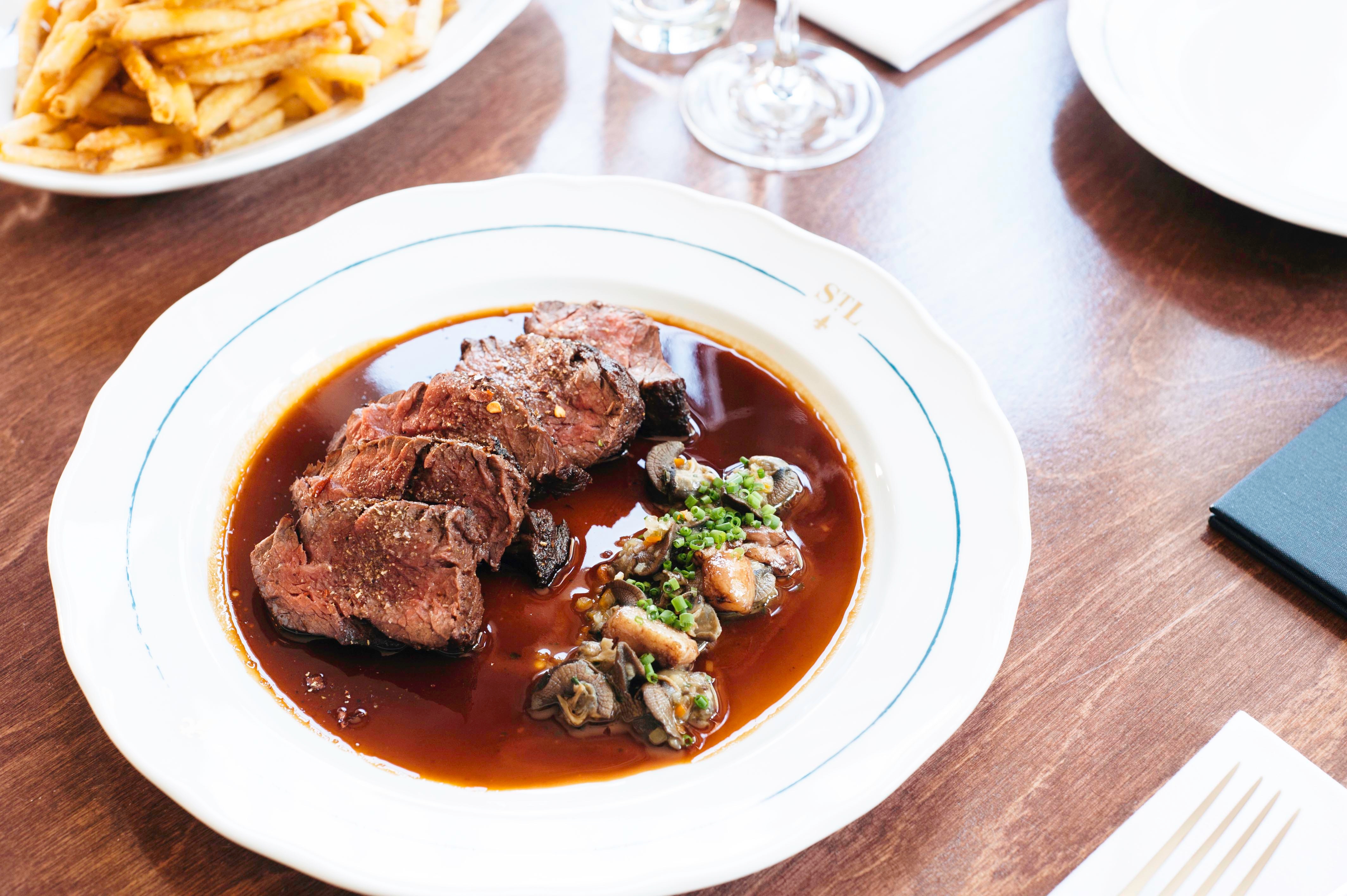 You can get a great sugar pie here ($11), served à la mode, but I recommend the rice pudding ($20). Served in a large crystal bowl, it’s enough to satiate four. Drizzled with salted caramel and topped with candied pecans and tiny cinnamon bun-style cookies, it’s a masterpiece of salty-sweet flavours. Word to the wise, if there are only two of you, then a half-portion might be a good idea.

As for the service, it’s just like the food – excellent and homey. The front of house is led by the fantastic Michael Ziff (Chambar) and the bar is overseen by the talented Yacine Sylla (Chambar, Café Medina). While you will hear a quite a few French accents – and perhaps even some franglais – the primary language here is that of welcome.

I won’t emulate de Gaulle’s sentiments entirely, but I will say a heartfelt “Vive la cuisine Québécoise!” Vancouver has been waiting a long time for this.

Anya Levykh is a food, drink and travel writer who covers all things ingestible. Find her on Twitter and Instagram @foodgirlfriday.