B.C.’s top video game developers reach for the next level

However, Capcom also had the greatest one-year revenue increase.

The sharp one-year increase is likely welcome news for the company, whose revenue had dropped by almost half between 2014 and 2015 – a decline it attributed to a lack of new releases that year.

Revenue numbers for Microsoft Corp.’s (Nasdaq:MSFT) subsidiary The Coalition were not available, though Microsoft reported a revenue drop of US$8.2 billion or 8.8% to US$85.3 billion in 2016 from US$93.6 billion in 2015.

While employment at the top five companies on Business in Vancouver’s Biggest Video Game Developers in B.C. list increased by an average of 8.5% in 2017 from 2016, those ranked sixth through 10th grew by an average of 21.4% over the same period. 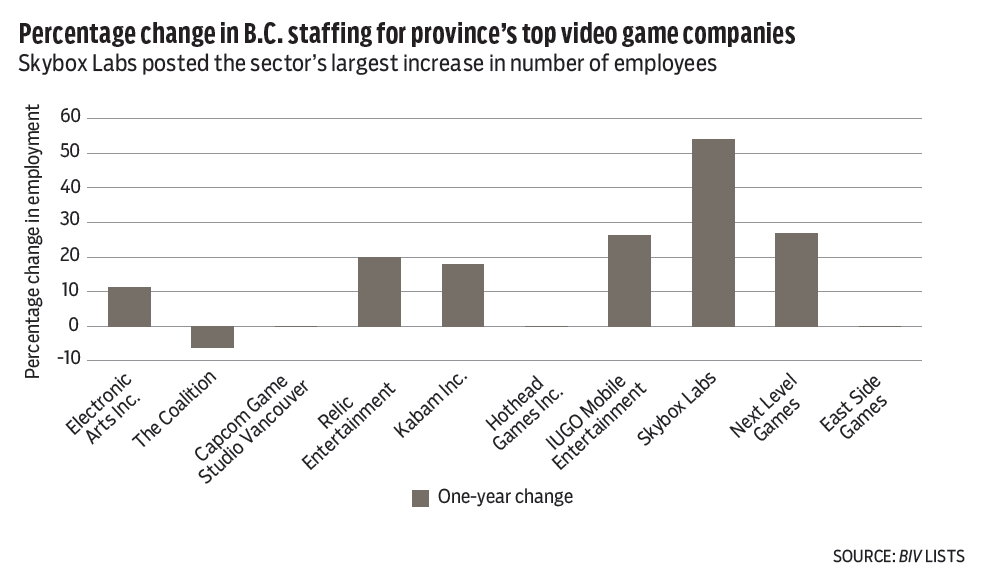