A wine geek tries to make sense of sake

Before I attended a master class on sake in late September, the extent of my knowledge was that it’s made by fermenting rice. While I may be slightly more enlightened now, I’ll still happily defer to Vancouver’s passionate sake experts.

The seminar was led by Mariko Tajiri, national brand manager for That’s Life Gourmet, a fine wine and premium sake importer. Tajiri is a sake specialist and manages a portfolio of over 100 sakes from 19 breweries. She’s also an instructor for the Wine and Spirit Education Trust (WSET) sake designation offered locally at Statera.

Tajiri talks about sake as if she was weaned on it. “You have to calibrate from your wine nose and palate and change to a sake one,” was her first instruction to us. She explains that while some sake may be earthier than others, they don’t demonstrate the extremes of wine.

As subtle as the differences might be, they become fascinatingly apparent when sakes are tasted side by side. The variables include different brewing methods, the type of water used (hard or soft) and whether or not distilled alcohol has been added. Finally, polishing the rice to remove protein and oils is associated with quality. Basically, the greater the percentage polished, the higher the quality (usually).

To help demonstrate the diversity, Tajiri put together a panel of four restaurant pros who are championing sake. Their wine and even the beer references helped me tremendously. Besides the restaurants referenced below, Suika, Octopus’ Garden, Bao Bei, Kissa Tanto, Coast, Blue Water Cafe and Pidgin also have intriguing sake selections if you are looking to delve deeper. 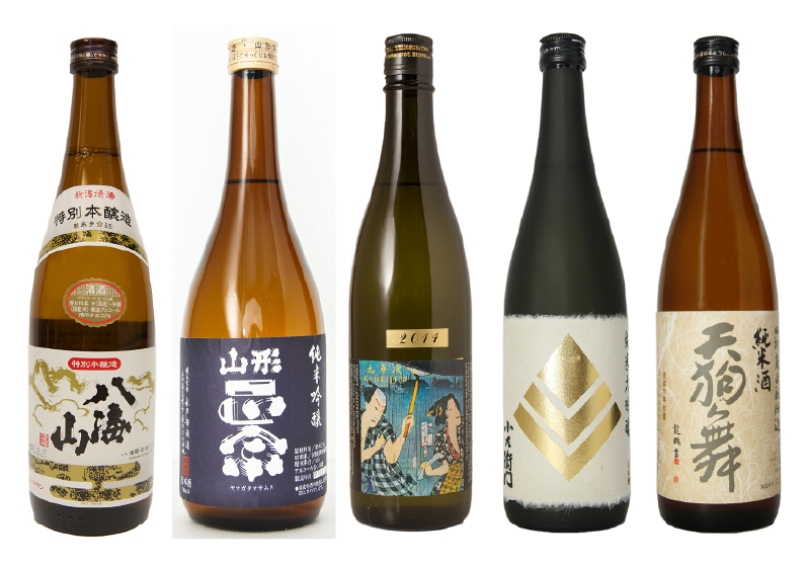 Hakkaisan Tokubetsu Honjozo, $38.99
A Honjozo sake is one that has alcohol added. Tokubetsu means “special” and usually refers to extra polishing. Here the rice has been polished down so that only 55 per cent remains (as opposed to leaving 70 per cent which is the norm). Though not intensely perfumed, floral hints mesh with steamed rice aromas. Tajiri likens it to a pilsner and recommends chilling it slightly.

Yamagata Masamune Junmai Ginjo, $55.99
Junmai sake has no further alcohol added and Ginjo means that 40 per cent of the rice has been polished away. Light on its feet, silky and finessed, Yamagata Masamune offers fresh apple, pear, honeydew and anise to the underlying cereal notes. Roger Maniwa, sommelier at Mak n Ming, compares the savoury umami element to a Northern Rhône Syrah, which piques my interest. He also cautions against serving it too cold.

2015 Kuheiji ‘Eau du Desir,’ $59.99
Kuheiji’s sakes are considered avant-garde. For starters, this is vintage dated, which goes against the sake tradition. The rice is polished to 50 per cent, so it could be classified as Daiginjo though it isn’t labeled as such. Round and textured with peach and a touch of honey, it’s reminiscent of a top-notch Chardonnay.

Kozaemom Junmai Daiginjo, $92.99
The Cadillac of sakes, Daiginjo is the top classification and Kozaemom polishes the rice down so that only 40 per cent remains. Made from two different rice strains, it’s complex, weighty and structured with banana and melon. Miki Ellis of the Aburi group (Minami and Miku) likes introducing sake novices to this while Tajiri equates the richness to that of a Viognier or Roussanne/Marsanne blend.

Tengumai Yamahai Junmai, $43.99
Yamahai is a rare type of sake crafted using a very traditional brewing method which gives a strong, sometimes funky, taste. For this reason, Iori Kataoka of Yuwa (formerly Zest) associates it with natural wine. A fascinating combination of yogurt and tinned mushroom with meaty, nutty notes and an appetizing tanginess. Besides sardines and ugni, Kataoka suggests pairing it with truffly pasta or aged cheeses. Best at 40-45C.

• All available at Kitsilano Wine Cellar. Prices exclusive of taxes.