The average Vancouver one-bedroom apartment rented for $2,120 in October, up 5% compared with September, according to PadMapper’s latest data, which takes into account median rents for all homes that are currently available to rent or vacant; it does not take into account those homes that are already rented out.

Vancouver remains the most expensive city in the country for both one-bedroom and two-bedroom units. The monthly jump for one-bedroom units was second only to that seen in Victoria, where rents grew 5.2% to $1,210.

The average Vancouver two-bedroom rent increased 1.3% to $3,200. This is more than 30% higher than the Toronto average of $2,430 for this home type. One-bedroom units in Toronto were renting for, on average, $1,850 in October – an increase of 2.8% compared with September. 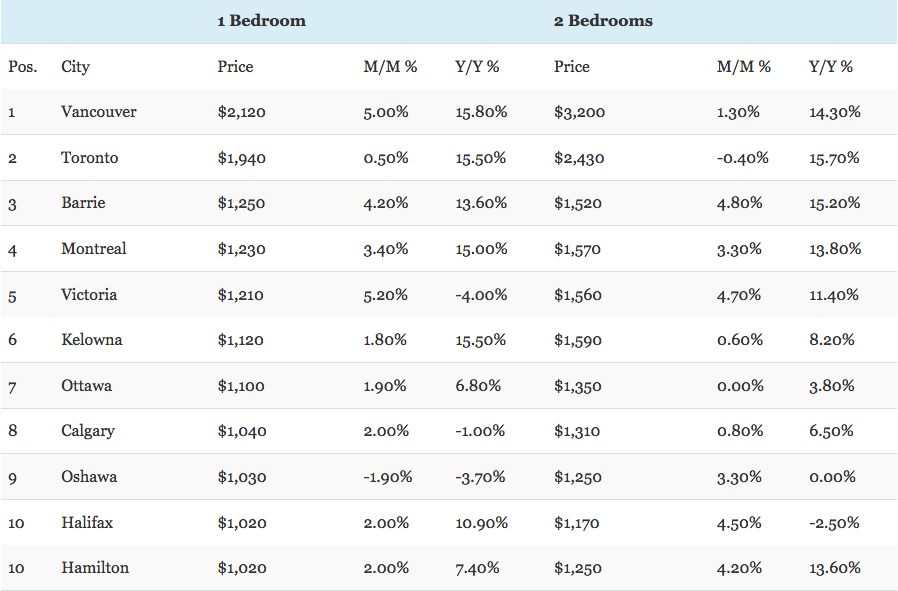