Amazon.com Inc. (Nasdaq: AMZN) will open a second office in downtown Vancouver and add about 1,000 new workers to its current workforce of more than 1,800 people in B.C., the e-commerce giant announced this morning (November 3) in Vancouver.

About 90% of Amazon’s more than 1,000 current downtown Vancouver workers are software engineers who earn good salaries.

Rumours had swirled that Amazon would take space in Oxford Properties’ planned office tower at 402 Dunsmuir Street and, Amazon confirmed that, indeed, it has signed a lease for 150,000 square feet in that building, which is expected to be ready to occupy by 2020.

Amazon has about 1,000 downtown workers in 156,000 square feet of office space at the Telus Garden complex at 510 West Georgia Street.

Amazon is also subleasing about 53,000 square feet of space at Bentall Centre from co-working space operator WeWork. That space may turn out to be temporary until the Dunsmuir Street space becomes available.

Telus Garden is only two blocks away from Amazon’s planned second Vancouver office on Dunsmuir Street.

Amazon also operates Victoria-based subsidiary Abebooks.com, which it bought in 2008 for what was estimated at the time to be between US$90 million and US$120 million.

Business in Vancouver asked Jesse Dougherty, general manager of Amazon’s Vancouver operations, if Amazon is negotiating to take any more office space in downtown Vancouver – such as at Westbank’s planned office tower at 400 West Georgia Street – but he would not comment on what negotiations might be ongoing.

Dougherty, who was born in Vancouver but left Canada for the U.S. to find a good technology job, added that Amazon is hiring.

“We’re benefiting the economy generally. We do need to keep up on the housing side. We’re building a record amount of housing right now. We’ve got to take it to the next level. We’re launching our new housing plan this winter and it will be scaling up our housing efforts and tying the new housing to income levels in Vancouver more directly.” 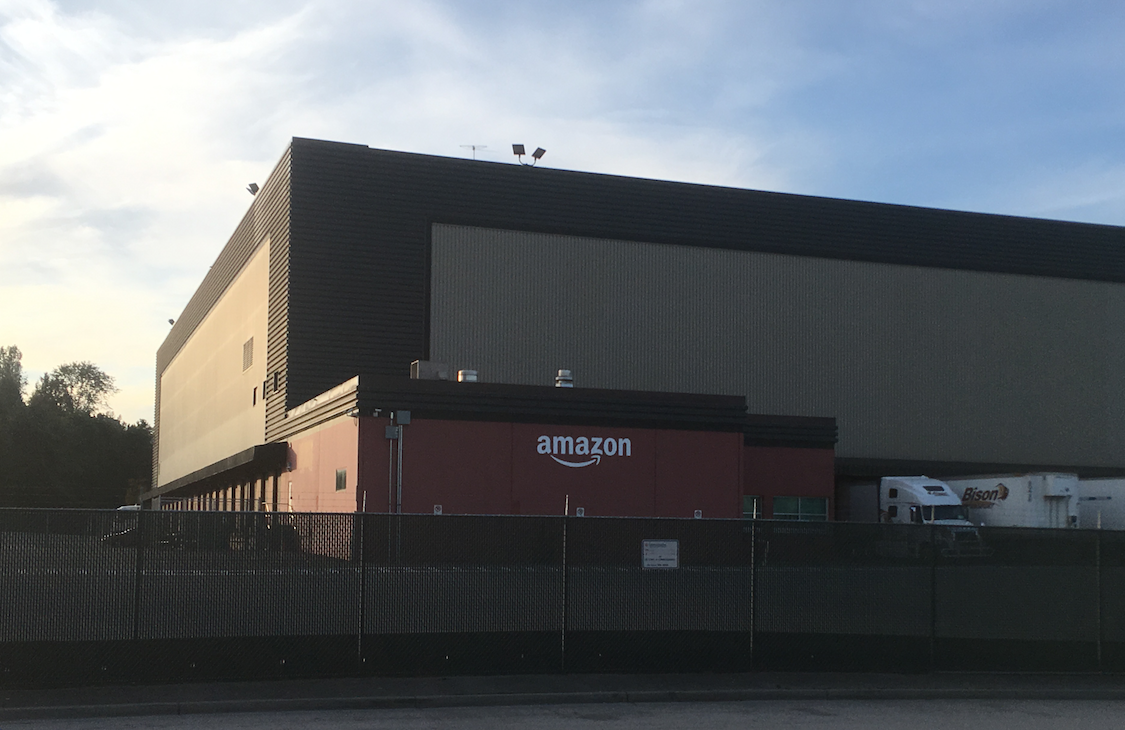 Seattle-based Amazon has made it known that they intend to select a North American city to be its second global headquarters and Vancouver is in the running despite scarce housing inventory and high prices for existing homes.

BIV asked Robertson if Vancouver is ready to become Amazon’s second global headquarters and if taking part in the contest is a wise idea.

“It’s spread over decades. That growth would be a challenge to absorb in a short time. It would be impossible. But, given some years to prepare and working across the region – this is a regional bid. We need all of metro [Vancouver] involved in this level of growth so there is an opportunity there. Regardless of the outcome, we need to show the world that we mean business and we want to attract jobs.”