By Emma Crawford | February 22, 2018, 10:28am
B.C. Premier John Horgan. Half of all Canadians believe the BC NDP government is making the more compelling argument in the trade war with Alberta | Photo: Government of British Columbia

The British Columbia-Alberta trade war over the Trans Mountain pipeline – in which B.C.’s wine industry has been caught in the crossfire – has Canadians divided over which province’s government is presenting the most compelling argument, according to an Angus Reid poll released February 22.

The biggest support for the BC NDP government’s arguments was found not in B.C. but in Quebec, where 64% took the side of the B.C. government and only 36% supported Rachel Notley’s NDP government in Alberta. 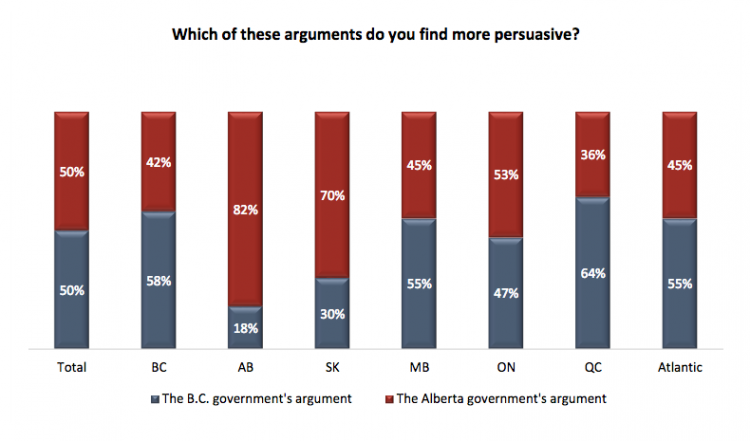 Although Canadians as a whole were split evenly in terms of which provincial government they felt had the most reasonable argument, this does not mean they showed similar levels of support with B.C.’s decision to delay the Trans Mountain project. Overall, only 45% of all poll respondents say the B.C. government did the right thing is right to try to delay the expansion.

“While the claim that John Horgan and the NDP have made does appear to resonate with a substantial number of Canadians, in action, they’re less inclined to think that the decision to delay the project was the right one,” Angus Reid said in the report. “In British Columbia, the 58% who said the government has a better argument translates into just 48% who say that same government made the right choice in acting to delay the province.

“Majority sympathy all but disappears across the country on the decision; six-in-10 in Quebec (59%) say the BC NDP is right to take this action, but a majority in all other regions disagree.” 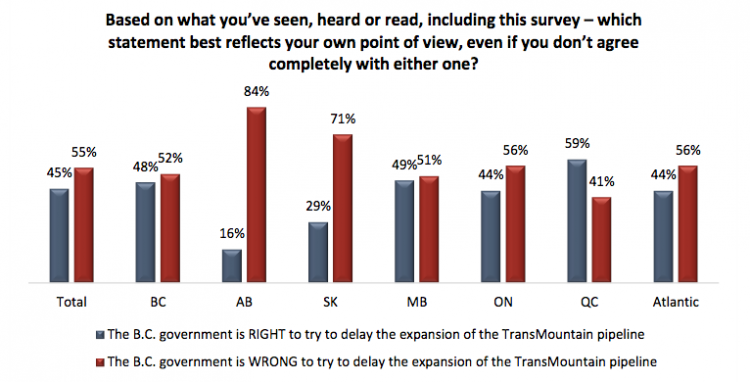