When the Vancouver International Wine Festival (VIWF) launches February 24, with its Bacchanalia gala dinner and auction, it will be the festival’s 40th annual running after a stretch of longevity that few would have anticipated back in 1979.

Back then, the festival was held at the University Women’s Club of Vancouver at Hycroft and featured only one participant – Robert Mondavi Winery.

As the festival evolved, it has demonstrated its ability to bring the wine world together. Spain and Portugal, for example, are sharing the limelight this year as co-sponsors and as the two theme countries for a nine-day extravaganza that features 173 wineries from 16 countries.

The feat of corralling Spain and Portugal to co-host a large festival may not rank as being as much of an accomplishment as bringing North Korea and South Korea together at the 2018 Pyeongchang Winter Olympic Games opening ceremonies but VIWF director Harry Hertscheg told Business in Vancouver that the task had its challenges.

“Spain and Portugal don’t do much wine promotion together,” he said.

“You’d think that they might because they are side by side to each other on the map, but they have been fiercely competitive historically and in the wine world. That’s why I’m calling it a duel-theme year. It’s a dual theme and a duel theme.”

Last year the festival also played peacemaker when it featured Canada as the theme country and brought together the largest number of Canadian wineries to ever assemble under one roof – 76.

“It is only recently that B.C. and Ontario wineries have been working together,” Hertscheg added.

A total of 31 Canadian wineries are listed as attending ProWein, the world’s largest wine fair in Dusseldorf, Germany next month, and Hertscheg said that he believes that his festival helped play a role in fostering the cooperation necessary for so many wineries to make that trip and travel under a united Canadian banner. 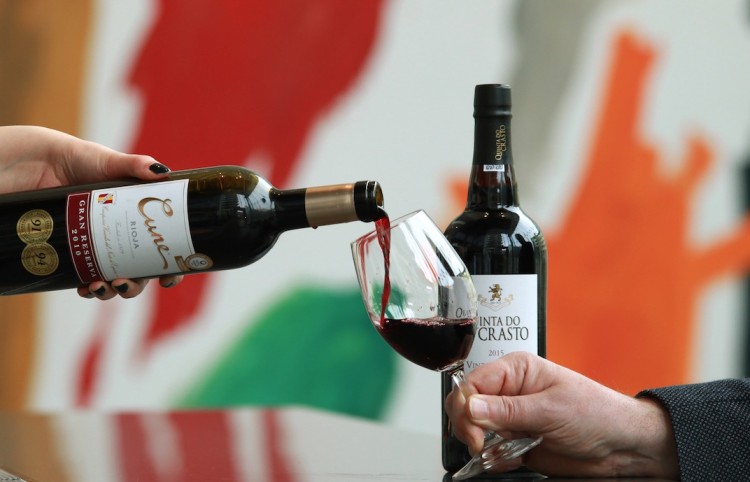 (Image: Spain might be best known for wine from its Rioja region while Portugal has many table wines as well as its well-known fortified wine, Port | Rob Kruyt)

Back in its early years, what was then known as the Vancouver Playhouse International Wine Festival was a fledgling event.

California’s Chateau St. Jean was the only winery featured in 1980 – the festival’s second year.

Through the years, the festival’s main tastings have been in many different venues while money raised has gone to two arts organizations.

Originally the Vancouver Playhouse Theatre Co. was the beneficiary of all money raised but when that arts organization dissolved in 2012, the festival pivoted and quickly found Bard on the Beach as the organization eager to take its proceeds in 2013.

Buyers of wine at the auction will also get a tax receipt for a portion of their purchase if they bid more than 20% above the wine’s estimated value.

The biggest events, at a capacity of 2,500 people, are the Friday night and Saturday night main tastings that take place at the Vancouver Convention Centre’s west building. The festival did not increase ticket sales for those events when it shifted to 56,000 square feet of space in that building in 2010, from 39,000 square feet of space in the older Vancouver Convention Centre east building in previous years.

Instead, the festival enlarged its onsite liquor store, allowed more space for people to move around and added more food vendors, who give away snacks such as cheese, crackers, chocolate and water.

“Next year’s theme region will be announced at the festival,” Hertscheg said.

“The theme country is like a sponsor. They get extra profile but they also have to allocate extra resources. Sometimes that comes through the winery organization but a lot of resources come from the agents and wineries directly. It’s a complex matrix of resource sources.”

1986:
The number of wineries involved significantly increases, with most being from California, Oregon and Washington 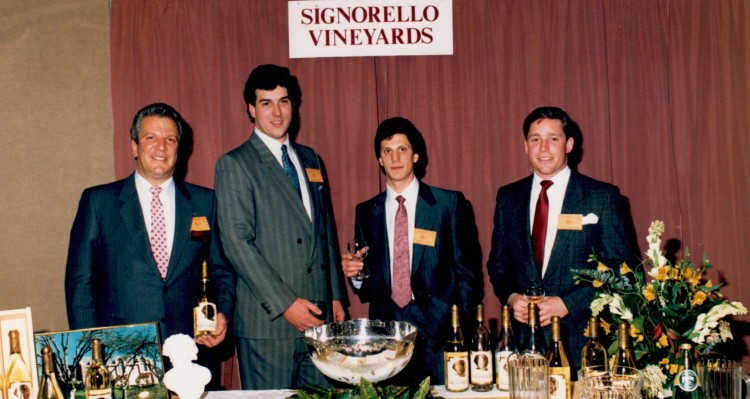 (Image: B.C.'s Ray Signorello, who owns Signorello Estate Winery in Napa Valley, is second from the right in this photo from 1986 at what was then the Vancouver Playhouse International Wine Festival | Ray Signorello)

1987:
First year that the festival welcomes wineries from a wide range of countries, such as Lebanon

1988:
Festival moves to the Vancouver Convention Centre after years of being held at the Hyatt Regency

1996:
Festival has a theme region for the first time as Bordeaux wines are featured

2009:
Festival starts grouping wineries by country instead of alphabetically

2012:
Festival peaks in size with more than 60 events, and feedback from the industry is that it was getting too big for winery principals to handle so many suppliers and different events

2013:
Festival changes its name to the Vancouver International Wine Festival and starts donating proceeds to Bard on the Beach

2017:
Festival hosts the largest-ever gathering of Canadian wineries under one roof •