For B.C. women making the leap into startups, strong commitment to their vision has been a driving force on the path to success

By Kirthana Sasitharan | April 10, 2018
Serial entrepreneur Judy Brooks: “what you don’t know when you are starting a business is that you will be a leader just because you started a business” | Rob Kruyt

BC women are launching their own businesses in ever-greater numbers, but despite an ongoing breakdown of gender barriers in the business world, female entrepreneurs still face many unique hurdles.

Yet thanks to an encouraging environment for women in entrepreneurial roles, and services in place to assist women wanting to start their own businesses, it is easier than ever now for women to become their own bosses, and to thrive in that role.

One such service is the Forum for Women Entrepreneurs (FWE). This organization assists women who want to be entrepreneurs through mentoring, teaching and empowering them.

FWE board member and successful entrepreneur Judy Brooks, having started three companies and sold them during the last 28 years, knows first-hand the challenges faced by female entrepreneurs – and has learned the importance of surrounding oneself with strong people.

“[What] you don’t know when you are starting a business is that you will be a leader just because you started a business,” Brooks said.

In her mid-20s, with a young child in tow, Brooks founded Body-Logic, an injury-prevention company. She ran that company for 12 years. Just before she sold BodyLogic, she and her brothers started Proactive Resolutions, a human resources firm specializing in conflict management, and operated it for eight years. Her last entrepreneurial endeavour was Blo Blow Dry Bar, which revamped the traditional hair salon concept. It became a huge success and has spawned franchises across Canada and the U.S.

Brooks said being a young mom and an entrepreneur at the same time was a matter of managing the expectations she had for herself in both roles.

“How I coped with that was often bringing my kid along,” she said. “My child did a lot of travelling to a lot of places because I knew that if she didn’t come, I wouldn’t see her for a few days and I knew that was not going to work.”

After she had made a success of her third business, Brooks sold Blo Blow Dry Bar and began sharing her valuable entrepreneurial knowledge, serving on boards and providing mentorship and leadership. She said she wishes that when she was starting her companies, she had had access to the resources and expert advice available nowadays.

“I didn’t know I could have access to others who would support me. I didn’t know the access you could get until I started being the person that people accessed.”

Brooks advises other female entrepreneurs to make sure their business plans are financially viable – and that those plans stay true to their entrepreneurial vision.

“I was told when I started Blo that it was never going to work. No one had ever seen a model that wasn’t a hair salon model. I didn’t believe it. I knew what I knew. I had done my homework to make sure that it could work.”

Similarly, when she was starting out, Miriam Alden knew there was a niche in the market she could fill – even in the crowded fashion industry.

Alden is the founder of Brunette Showroom, a multi-brand fashion sales agency, and Brunette the Label, a clothing line based in Vancouver where Alden is also the creative director. Alden’s idea was to create an inclusive fashion line tailored to everyone from fashionistas to those seeking a casual look, providing an “unintimidating version of fashion.”

“I think sometimes there’s a disconnect between inclusivity and fashion and I realized there’s a big opportunity there,” Alden said. “Fashion is known to be a little bit exclusive. One thing I didn’t like about the fashion industry, it wasn’t open to people who maybe didn’t know about fashion or care about fashion as much. They just needed clothes to wear.” Alden aims to make clothes that work for all types of people.

When it came time to establish Brunette the Label, Alden said her initial challenges were learning to understand finance and how to manage the growth of her company.

She sought out help through the FWE program and learned about how to get her inventory, planning and financing systems in place.

Brunette the Label is now in over 300 stores across Canada, and the company now sells over 120,000 sweatshirts annually.

Alden said the most important factor for women taking their first step into business is the soundness of their ideas.

“[Do] something that is authentic to you. Don’t go do something somebody else is doing because it looks like a good idea,” advised Alden. “Just start slow.” 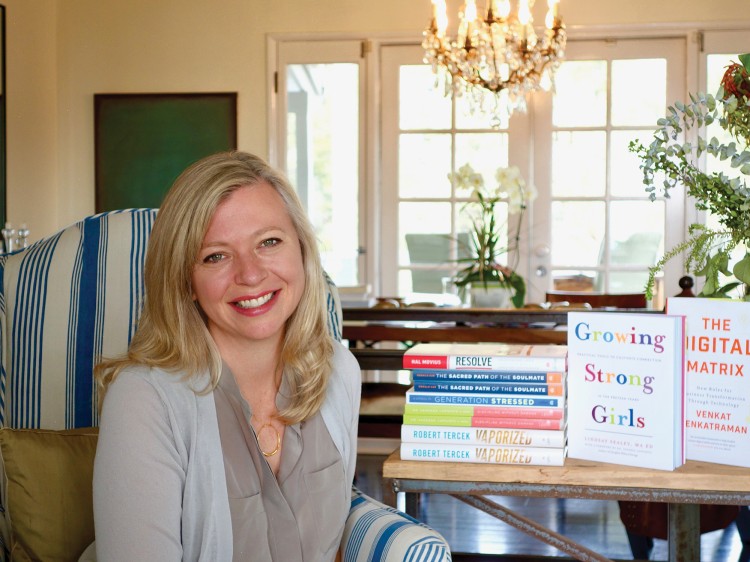 LifeTree Media CEO and publisher Maggie Langrick: “I decided that I was going to create the kind of company for myself that I wanted to work in and not replicate some sort of hellscape that I had been taught that entrepreneurship needed to be” | Submitted

Another female entrepreneur who sought an underexplored niche and made it her own is Maggie Langrick, CEO and publisher of LifeTree Media Ltd. LifeTree Media is a hybrid company that is a cross between a traditional publisher and a self-publishing services company.

LifeTree Media provides editorial services on a fee-for-service basis from book design to production. The end product is published under the company’s imprint and is distributed to the book trade. The business model allows authors to retain control of their works.

“I looked at the book publishing industry and realized there were a great many authors or would-be authors out there trying to figure out whether they should self-publish or try to get a traditional publishing contract,” said Langrick. “I saw this opportunity to create a business that blended the two attributes of both.”

Langrick, who was arts and life editor at the Vancouver Sun before she founded her business, said the challenges she faced as a female entrepreneur were largely internal.

“I had to overcome self-imposed limitations,” she said. “I know that for myself I felt like there was a feeling of ‘Who am I to do this?’ and needing to sort of seek validation, or support, or even permission in some sort of unspoken way. I think that was something to do with being female and really wanting everything to be safe and validated.”

Langrick said she realized there was no risk-free way to go about starting her business. So she learned to take ownership of her life, her business and her decisions.

“You’ve heard that cliché … ‘You’ve got to eat, sleep, breathe your business in order to make it.’ Actually, that doesn’t have to be true. I decided that I was going to create the kind of company for myself that I wanted to work in and not replicate some sort of hellscape that I had been taught that entrepreneurship needed to be. It can be gentle, you can go at your own pace; it can be insightful; it can be a spiritual experience; and it can be rewarding every step along the way.”

Yet for many women starting out as entrepreneurs, the process can sometimes seem overwhelming.

Tina Strehlke, who, as programs director of the non-profit Minerva BC, has helped many female entrepreneurs start businesses, said steep learning curves and an avalanche of hard work are part of the landscape.

“When you’re in a startup, sometimes you also feel like you need to have all the answers and have to have it all figured out,” said Strehlke.

Happily for B.C. women who want to launch their own businesses, there are many mentorship and networking opportunities available, Strehlke said. Women can find others who have walked the same entrepreneurial path, and learn from those experiences.

“I believe everyone needs entrepreneurial skills because the direction that our labour market is going necessitates that we can be problem solvers and we can reinvent ourselves.”