Seattle’s Kenmore Air is set to launch the first scheduled floatplane flights between Seattle and Vancouver today (April 26) and will continue with two round-trip flights each weekday.

The U.S. Department of Homeland Security is expected to provide its approval within days for Harbour Air to join Kenmore Air and be a partner in operating the scheduled flights, Harbour Air CEO Greg McDougall told Business in Vancouver on April 25.

“It’s one formality that the U.S. is going to be granting us very shortly in Seattle for the scheduled arrival there,” he said.

“We’re actually cleared for charters and other flights, and the approval should come any moment. They’ve fast-tracked everything. In the meantime, Kenmore is operating the full schedule. We should be operating the flights within days.”

Flights will be on either single otter or Cessna EX Caravan planes, which can seat nine to 10 people, and the cost is US$285, or $370.

If Harbour Air is granted the approval to operate scheduled flights to Seattle, it will start by flying two round-trip flights on weekends. The airline would then also take over flying one of the two daily weekday flights that Kenmore Air would have been flying.

Canada Border Service Agency officers will work out of a floating grey hut that Harbour Air towed from its Victoria facility to its Vancouver Harbour Flight Centre base in Coal Harbour. 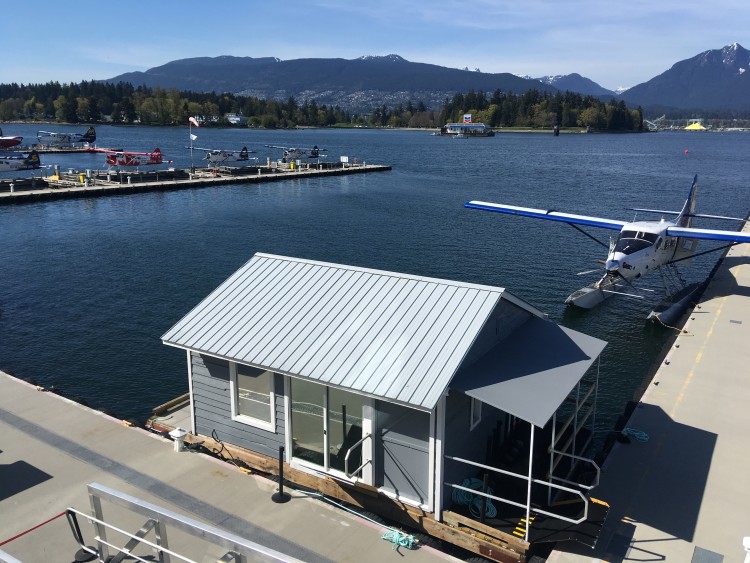 The previous practice has been for CBSA officers to stand on docks to meet Harbour Air’s international charter flights, such as one yesterday which included politicians, such as Vancouver mayor Gregor Robertson and Canadian Minister of Innovation, Science and Economic Development Navdeep Bains, who arrived from Seattle after holding a press conference there.

British Columbia Business Council CEO Greg D’Avignon, who was waiting to welcome that flight at the dock in Vancouver, told BIV that he is excited about the opportunities that arise from non-stop floatplane flights that take less than one hour to shuttle passengers between the two Cascadia cities.

Not only has Harbour Air been shifting to provide more flights to the tourism sector, but D'Avignon said that the flights will appeal to a wide range of business passengers, and not just those from big-name technology companies, such as Microsoft Corp. (Nasdaq:MSFT) and Amazon.com Inc. (Nasdaq:AMZN).

“There are hundreds and hundreds of companies that do business right now in the corridor that nobody knows anything about,” he said.

“Boeing has 400 people here in their IofT [internet of things] business and jet aircraft engines. There are companies in technology, capital markets, infrastructure, transportation, environmental services, forestry and Asia trade.”

Weyerhaeuser, West Fraser and Interfor are examples of forestry companies with assets on both sides of the border, he said.

“We’re pivoting off of the cloud computing capital of the world in Seattle with the virtual-reality and digital-reality world in Vancouver and merging those together in the future economy of what we can do with data,” he said.