Workers needed throughout supply chain and in peripheral sectors

By Glen Korstrom | June 11, 2018, 8:08am
Entrepreneur Josh Campbell, whose Dosist sells vaporizer pens, is frustrated that he will be prohibited from selling in Canada for at least a year | Glen Korstrom

The Senate’s June 7 vote to pass the federal Cannabis Act puts the bill on track to become the law of the land by September, in what could be a major boost for Canadian business.

After 95 years of prohibition, entrepreneurs will be able to legally operate throughout the supply chain, from production to retail sale to recreational users.

The wide range of professions set to see a surge of new work includes lawyers, scientists in testing facilities, academic researchers, consultants who help entrepreneurs with licensing, electricians and regulators.

The final state of Bill C-45 is yet to be determined because the House of Commons must approve Senate amendments and draft accompanying regulations, but the end result is expected to clarify how businesses can operate in the short term.

Brazeau Seller Law partner Trina Fraser said the part of the act that allows retail sales will likely come into force up to three months after royal assent, while other parts will go into effect soon after royal assent.

One Senate amendment allows activities in the recreational-cannabis supply chain up to, but not including, sales to consumers to go into effect soon. Those activities include packaging, labelling, transporting, delivering and stocking cannabis products.

Only after that supply chain runs smoothly and stores are ready to open would retail sales begin to be legal.

Another Senate amendment to C-45 that is likely to be rubber-stamped is one that enables service providers, such as truckers, to handle cannabis without being licensed under the Cannabis Act – a revision that Fraser, in a research note, called “a gap that needed to be filled.”

The legal industry would then be on path to reduce the flow of money to organized crime from illegal cannabis sales, which the government’s Task Force on Cannabis Legalization and Regulation last year pegged at $7 billion annually.

A June report by Deloitte forecast that total cannabis sales in Canada will amount to $7.17 billion in 2019, with about $4.34 billion of that to the legal recreational market and the remainder being medical-marijuana sales and black-market activity.

“Product testing and the whole supply-chain management – being able to understand what is going into the products – will be key,” said Jayana Darras, a partner in Deloitte Canada’s Vancouver audit and assurance practice.

She explained to Business in Vancouver that quality-control testing for cannabis in laboratories will provide business opportunities, as will the need for security – both physical and digital. 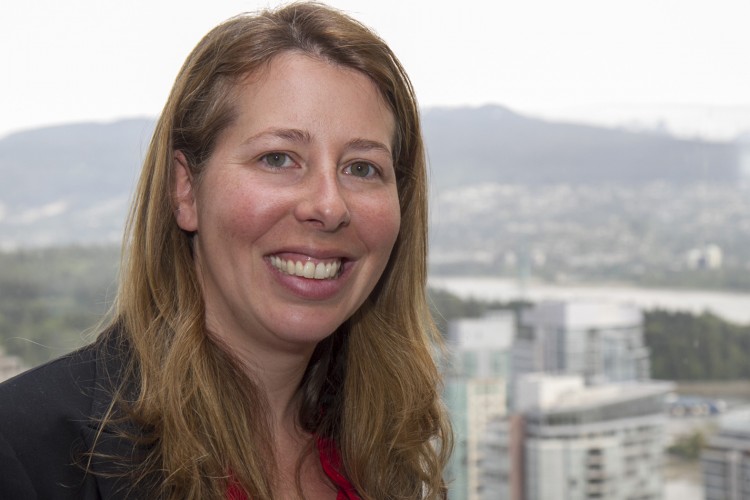 (Jayana Darras, a partner in Deloitte Canada’s Vancouver audit and assurance practice, believes lab testing for cannabis and the perception of safety that goes along with it, will lure consumers from the black market | Deloitte Canada)

Private stores will not be able to sell online but the B.C. government plans to set up an e-
commerce system.

Legalization comes with new restrictions and a new slate of potential criminal charges.

Edibles and vaporizer pens with infused oils will continue to be illegal to sell for at least another year, regardless of whether they are for medical or recreational use.

That is something that frustrates Dosist president Josh Campbell, whose Vancouver-based company makes vaporizer sticks that control each dose that a consumer inhales and wholesales those products to stores in California.

“The single pain point that we hear from Canadian physicians is that they can prescribe cannabis legally now under the model, but they have to prescribe someone [dried cannabis] flower, which has no dose control and there’s no standard of care. There’s no real understanding of how much THC or CBD [tetrahydrocannabinol or cannabidiol] is in there.”

Once vaporizer pens are legal in Canada, Campbell plans to have Dosist sell its products through retailers such as Hiku Brands Co. Ltd. (CSE:HIKU), which operates Tokyo Smoke-branded storefronts.

B.C. is one of five provinces that will allow private cannabis stores to operate, and is not setting any limit on the total number of retail stores – unlike Saskatchewan, for example, which has capped the number at 51. Individual entrepreneurs will only be allowed to operate a maximum of eight stores.

The province will require that the store owner be licensed both provincially and municipally for each location.

Minister of Public Safety and Solicitor General Mike Farnworth said earlier this year that a minor criminal record will not disqualify an entrepreneur from getting a provincial licence to run a retail store.

Many cannabis dispensary operators in Vancouver plan to get provincial and city licences, while others that have no current stores plan to set up retail chains across the province.

National Access Cannabis CEO Mark Goliger told BIV that he plans to open 20 cannabis stores across B.C. by the end of 2018, with about one-quarter of them going into former Second Cup locations.

Then there is Alberta-based Alcanna (TSX:CLIQ), which recently changed its name from Liquor Stores N.A. Ltd. after sprouting a cannabis division. That division is headed by Vancouver’s Paul Wilson, former CEO of billionaire Chip Wilson’s (no relation) holding company Hold It All. Alcanna will rapidly roll out stores once legalization is in place, Paul Wilson told BIV.

If you are interested in learning more about opportunities in the cannabis sector, and hearing a panel presentation that Business in Vancouver is hosting on July 12, check out BIV's Business Excellence Series: Legalizing Cannabis at the Vancouver Club. •