One of the key ways law firms compete for clients is by touting a team of skilled and successful lawyers, and, as with professional sports teams, sometimes what attracts the most attention is when that team includes a star player.

Two former Supreme Court of Canada justices in the past few years have joined the Vancouver offices of law firms, while senior political figures have also found a place at local firms, sometimes despite lacking a law degree.

Former B.C. premier Christy Clark, for example, has no legal background, yet last week Bennett Jones announced that she was joining the firm as a senior adviser.

Many firms court people who have been at the pinnacle of legal or political life because they can add to a firm’s reputation, attract clients and help younger lawyers get a better understanding of court systems and government processes.

“Prestige is a big part of the attraction for the law firm [in hiring prominent people], but it is not just prestige” said Warren Smith, managing partner at the legal recruitment firm The Counsel Network.

“Prestige is a byproduct of bringing in somebody who has a lot of insight both of the court system generally or of the government and how it operates.”

Neither Marshall Rothstein nor Thomas Cromwell wanted to stop working when their terms as Supreme Court of Canada justices came to an end.

Rothstein joked that because he does not play golf or bridge, he never seriously considered retiring. He served on Canada’s top court until December 2015, when he reached the court’s mandatory retirement age of 75.

Cromwell, in contrast, was 64 when he left the bench in February 2017. He told Business in Vancouver that he had become eligible for a federal pension a few years earlier, and realized that if he wanted to do something else, he “should get at it.”

Cromwell chose to join Borden Ladner Gervais LLP (BLG) because it met his criteria more than some other firms, he said.

He called BLG a “very prominent litigation firm” that is national in scope, with five offices across the country and a bilingual element. He also felt comfortable with the firm because he knew some of the people with whom he would be working.

“It has been invaluable to have Tom join BLG and spend considerable time in the Vancouver office,” Graham Walker, BLG’s regional managing partner in Vancouver, told BIV.

“Despite his impressive experience and knowledge, Tom is approachable and a wonderful resource for all of our professionals, from our summer students to our senior partners.”

Cromwell, as senior counsel, splits his time between BLG’s Vancouver and Ottawa offices while Rothstein lives in Vancouver full time and is an income partner (but not an equity partner) at Osler, Hoskin & Harcourt LLP.

Both provide advice to junior lawyers and act in a mentorship role but their jobs entail much more, including case work and pro bono activity.

Outside law firms sometimes buy their services for mock hearings, where lawyers run arguments past them to get a sense of what the outcome of an appeal is likely to be. 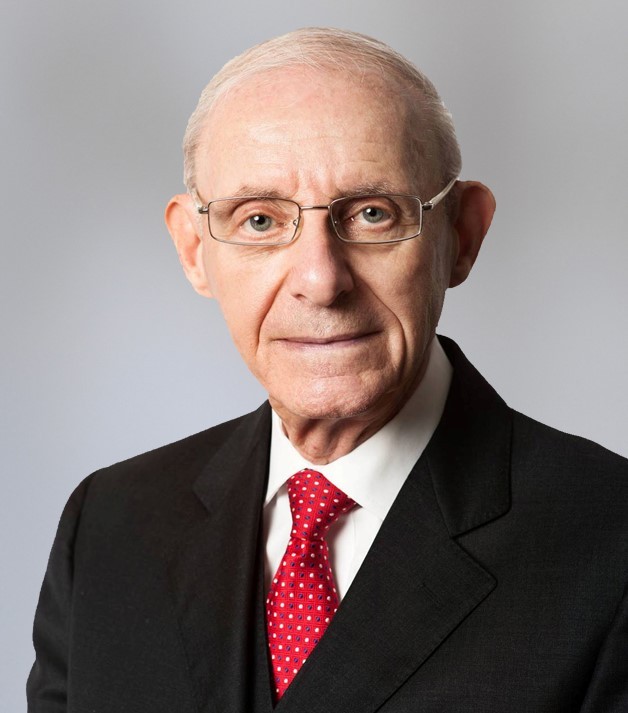 (Former Supreme Court of Canada justice Marshall Rothstein moved to Vancouver for family reasons after retiring from the bench weeks before his 75th birthday, in December 2015 | submitted)

“I assist lawyers in the appellate work that they do – assisting them in and helping them with their arguments and their written and oral material that they are submitting to various courts,” said Rothstein, who joined Vancouver’s Hunter Litigation Chambers days after he left Canada’s top court. He then shifted to Osler last year.

“My name does not appear on any documents,” he said. “Supreme Court judges have decided that, when we retire, while we will continue to work, we will not attach our names to matters before any court because, I don’t want to say it’s unseemly, but there should be no appearance of using your former position to try to sway a court on a decision.”

Former BC Court of Appeal judge and B.C. attorney general Wally Oppal, has similarly returned to practising law, at Boughton Law Corp., after his stint in politics, despite being well into retirement age.

Like Rothstein, Oppal, 78, told BIV that he enjoys work and cannot imagine retirement.

“I talked to a number of firms in town after I [chaired] the Pickton inquiry,” Oppal said of the public inquiry into police investigations of serial killer Robert Pickton.

“Boughton is an all-purpose law firm. They are a local firm, they’re not national, and that appealed to me. All the decisions are made here.”

It’s possible that Boughton would have sought to hire Oppal even if he hadn’t had wide-ranging legal experience. That is because law firms want to provide clients with an understanding of how government works, explained James Moore, who spent eight years in various cabinet roles during Stephen Harper’s Conservative administration but did not go to law school.

“It’s not adequate any longer, in our judgment, for a law firm to advise a client on what is regulatorily or legally permissible today,” Moore said.

“You have to give them a sense of the horizon – the next 12, 24 or 48 months, so they can assess their final investment decision and understand the nature of how things are going to be.” •