By Tyler Orton | July 16, 2018, 11:20am
Earlier this year members of the mechanical team were onsite in Saskatchewan upgrading the 0.5TPD RAM hardware. As the new adsorbent beds performed more efficiently, upgraded hardware was installed. | submitted

A B.C. cleantech company’s bid to battle pollution is a step closer to reality after closing its second equity financing deal in a year.

“For us it’s a vote of confidence from the global energy leaders that we’re doing the right thing.” 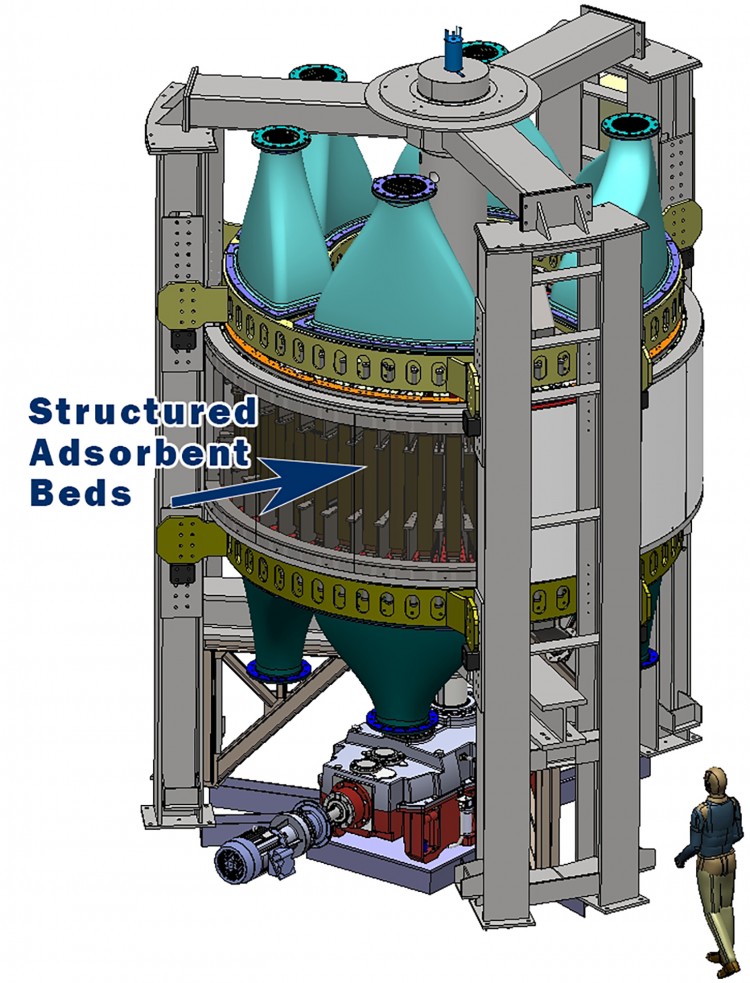 While chemical solvents known as amines serve as the backbone for most carbon capture technology, Inventys has developed a device that uses solid material known as adsorbents to adsorb and redistribute carbon.

The company plans to open its Husky demonstration plant in Saskatchewan by the first quarter of 2019 with an eye for commercialization sometime in 2020.

But the relationship with Husky extends beyond the pilot project.

Inventys closed a $10-million equity financing deal almost exactly a year ago in a deal led by Husky.

“We went to these customers, Husky being the first one, and said, ‘If you really want this, we need your support,’” Letourneau said, adding Inventys applied the same strategy to OGCI.

After assuming the CEO role in March 2017 he said his strategy has been to target the oil and gas sector with Inventys’ technology “because you can monetize the C02.”

The most notable outlets for monetization come from enhanced oil recovery (EOR), conversion into other products like cement and — to a much lesser degree — carbonating beverages. Inventys has been pursuing a CO2 Marketplace that would create the physical trade of CO2.

Money raised from the latest round will also go towards the completion of Inventys’ manufacturing facility in Burnaby.

Existing investors Chevron Technology Ventures and The Roda Group also participated in the latest financing round.