There are misconceptions about the causes of the crisis, according to Insights West president

By Emma Crawford | August 2, 2018, 10:43am
There are major misconceptions when it comes to naming the causes of the crisis, according toInsights West president Steve Mossop | Shutterstock

Ninety per cent of residents across Metro Vancouver agree the region is in the midst of a housing crisis, according to the results of an Insights West poll released August 2.

This includes 64% who “strongly agree.” Agreement is consistently high across all groups and demographics but was highest among those earning less than $40,000 a year (98%) and home renters (97%).

Respondents cited foreign homebuyers (84%), population growth across the region (80%), shadow flipping (76%) and money laundering (73%) as the main drivers behind the crisis. 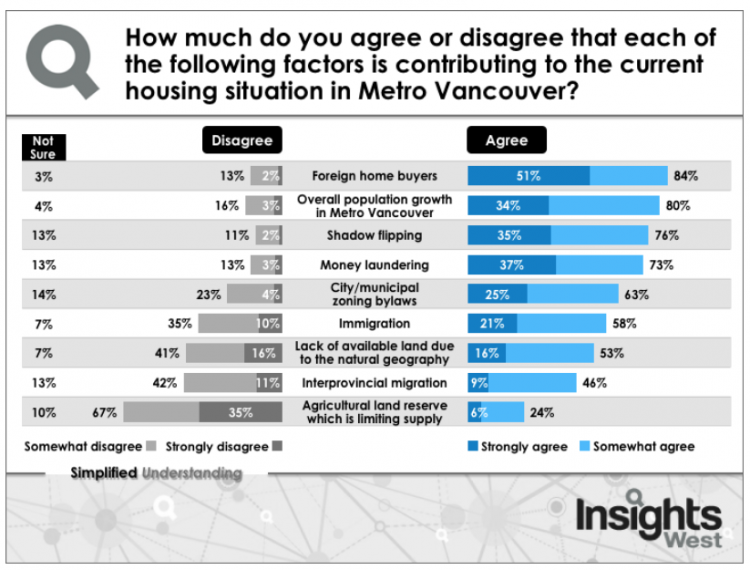 Insights West president Steve Mossop said there are major misconceptions when it comes to naming the “culprits and causes” of the crisis.

“There is no doubt that Metro Vancouver residents believe that we are in a major crisis when it comes to housing, and the issue is dominating public opinion,” Mossop said.

“As the housing situation reaches crisis proportions, there is no shortage of scapegoats to blame, despite studies that show foreign buyers and money laundering are minor factors in the equation.”