By Glen Korstrom | August 14, 2018, 9:09am
U-bicycle CFO Angel Fu said the City of Vancouver would not grant her company a licence | Rob Kruyt

Metro Vancouver is set to get its second bike-share program with Ubike Technologies North America Inc. readying to launch its U-bicycle brand in Port Moody and Port Coquitlam by the end of August and in Richmond by the end of September.

Another bike-share option promises to test market demand in the region.

Business models for the two programs are significantly different.

U-bicycle plans to launch with 100 bikes in Port Moody and 100 in Port Coquitlam later this month and 500 in Richmond next month.

The bikes will have self-locking mechanisms and will have to be dropped off in designated areas.

Riders will use a designated smartphone app to scan QR codes on bikes to activate rides. They then press a button within the app to end trips. A rider who picks up a bike at one of 10 designated areas in Port Moody will be able to terminate a trip at any one of the designated areas within that community or, in rare cases, in designated areas of Port Coquitlam or Richmond.

U-bicycle uses the same technology as its Victoria operation, which has 600 bikes. The company’s infrastructure costs are considerably less than those of Mobi, which uses physical docking stations where each bike must be lodged to terminate a trip.

Pricing for customers also differs. Mobi requires all riders to buy at least a 24-hour pass, which costs $9.75 and is good for unlimited 30-minute rides. The company charges riders a $5 fee for any ride that exceeds that time limit.

Mobi also sells a $75 pass for 90 days and a $129 pass for 365 days, both of which are also good for unlimited 30-minute rides and are subject to the same $5 fees for exceeding the time limit.

U-bicycle CFO Angel Fu said her company has spoken with staff at all Metro Vancouver municipalities that have SkyTrain or West Coast Express stations, and that it is launching in cities where civic governments have been most welcoming. U-bicycle needs city-granted licences to operate, and some cities will not provide licences.

“Vancouver doesn’t want other bike-share operators in the city because they have a dedicated one, with Mobi,” she told Business in Vancouver.

The City of Vancouver invested $5 million in capital costs to start Mobi’s bike-share program in 2016. It also contributed $1 million for other startup costs and agreed to provide Mobi with an additional $500,000 per year for each of its first five years.

In exchange, Mobi committed to compensate the city up to $400,000 per year for lost parking revenue. It has not paid that amount yet because the city “agreed to be flexible,” as Mobi expands its service area, the city said in an email.

U-bicycle has not asked any city for startup subsidies. 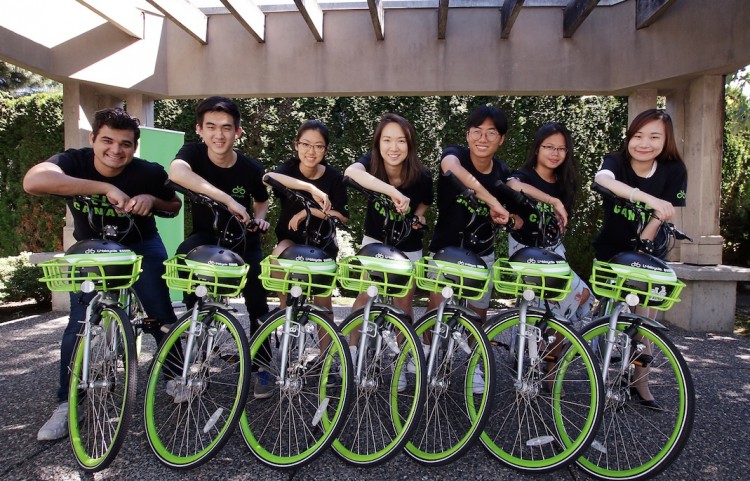 Mobi general manager Mia Kohout told BIV that her bike-share program has had more than 90,000 users and that it set a record for the most trips (4,290) in a single day on July 28.

“We have no concern with U-bicycle. Expansion of bike share in general is a positive thing for our region.” •