By Glen Korstrom | October 11, 2018, 11:46am
City Cannabis Co. on Robson Street is one of many dispensaries that are breaching federal laws by operating in the City of Vancouver before legalization takes effect on October 17 | Glen Korstrom

Data up to October 10 show that of the 173 paid applications, 111 have been deemed incomplete and 62 have been referred to local government or Indigenous First Nations.

The region with the most applications is the Interior and northern B.C., with 72.

Surrey and the Fraser Valley stands out as the region with the fewest paid applications. Only 11 paid applications are in that region and seven of those were deemed incomplete. Four have been forwarded to local governments or Indigenous First Nations, the government noted.

Cannabis Compliance Inc. vice-president Deepak Anand, on October 2 tweeted that he enquired about requirements that the City of Surrey has in order for an entrepreneur to get a cannabis-retail licence.

“At this time, we are not accepting applications and do not have any detailed information available,” the City of Surrey wrote to Anand in response. “We are working through number of issues [sic] related to the upcoming legalization of cannabis, and the retails [sic] sale of cannabis and therefore, ask you to review information available from the Province of British Columbia.”

The city noted that it will provide further updates early this fall. 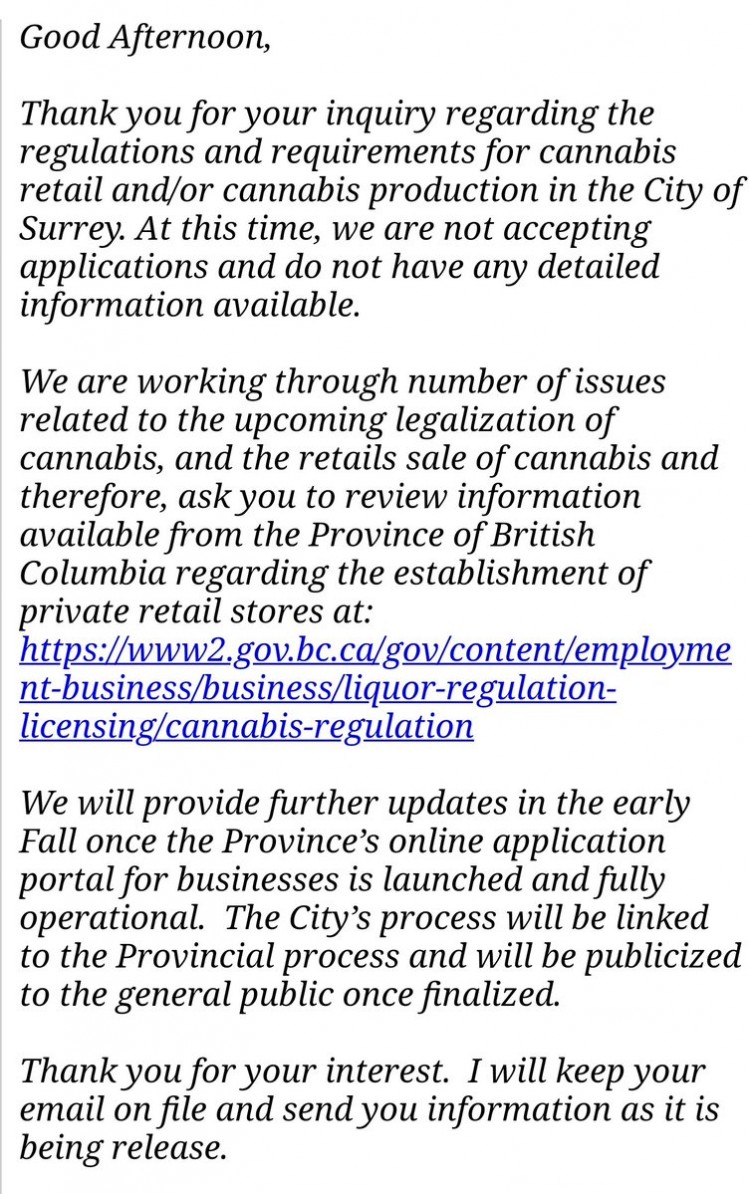