The economic impact of the $40 billion LNG Canada project promises to be massive.

B.C. is expected to collect an additional $106 million to $146 million annually in revenue when the LNG plant is running. 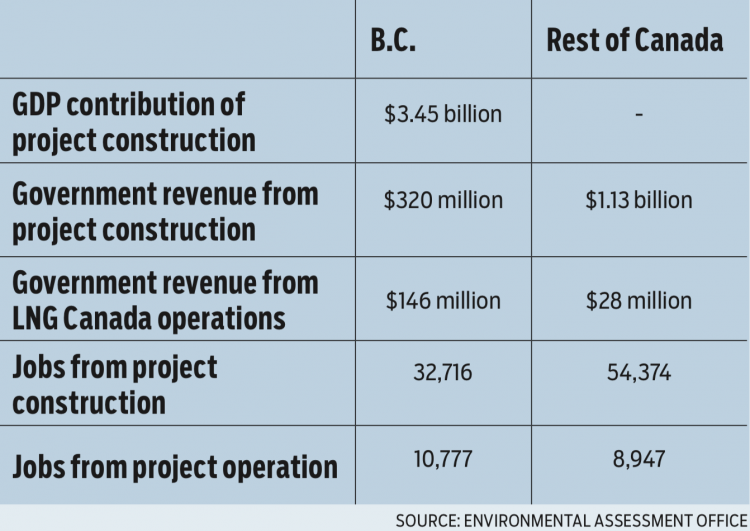 The annual provincial carbon tax generated by the plant will total between $63 million and $88 million. The rest of the government revenue will come from PST ($28 million to $38 million) and from personal income tax paid by LNG Canada employees ($15 million to $20 million).

The economic benefit of the project doesn’t stop at the Rockies. The project’s construction is expected to create 14,312 to 18,683 direct and another 22,474 to 35,691 in indirect and induced jobs throughout the rest of Canada.

The project’s operation is expected to create 6,292 to 8,974 jobs in the rest of the country, with only 64 to 116 of those being directly related to the LNG operation