Another office tower could be coming to downtown Vancouver.

A rezoning application has been filed for a 31-storey office building at 1166 West Pender St. between Bute and Thurlow streets in Coal Harbour.

The application is being considered under the City of Vancouver’s Rezoning Policy for the Central Business District (CBD) and CBD Shoulder. The building would replace an existing 15-storey office tower. 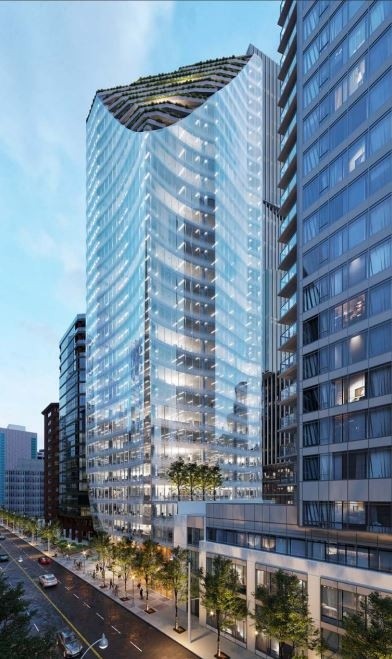 Plans feature a building height of 118.1 metres, a total floor area of 32,417 square feet, a floor space ratio of 18.73, ground-level commerce space, 29 levels of office space and six levels of underground parking that includes 199 vehicle parking stalls and 198 bicycle spaces. The applicant describes the site as "constrained" and that the "shape and form of the tower are directly informed by the surrounding buildings and the limitations of the site."

Organizations such as the Downtown Vancouver Business Improvement Association and CBRE, a commercial real estate firm, have highlighted the need for more office space downtown.

According to City of Vancouver statistics for quarter three of 2018, there were five office project applications of more than 50,000 square feet (or seven storeys and above) under review, three approved, and seven under construction. The total office space for the fifteen projects cited is 4,341,000.

The seven buildings under construction include:

The city shows the locations and summary information for office developments that include 20,000 square feet or more of office space in the “Metro core” of Vancouver here. 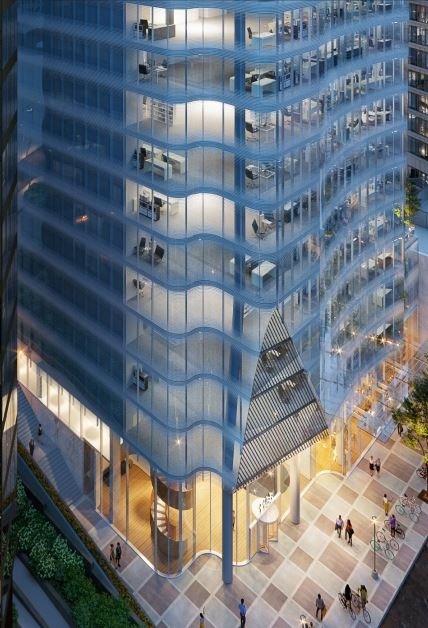 Rendering of the north east corner of site at 1166 West Pender St.