More young professionals are coming to the region than are leaving it, according to census data

Concerns that the high cost of housing is driving Metro Vancouver’s young professionals into a mass exodus to find more affordable homes in less expensive regions are unfounded, according to one data analyst.

Jens von Bergmann, founder of Vancouver-based analytics firm MountainMath, crunched census data between 2006 and 2016 and found more young professionals – defined as those with at least a bachelor’s degree – arriving in the Vancouver Census Metroplitan Area (CMA) than leaving it.

“Young people with university degrees continued to arrive in greater numbers than they left well through their thirties and on into their forties,” wrote von Bergmann in his blog on the topic. 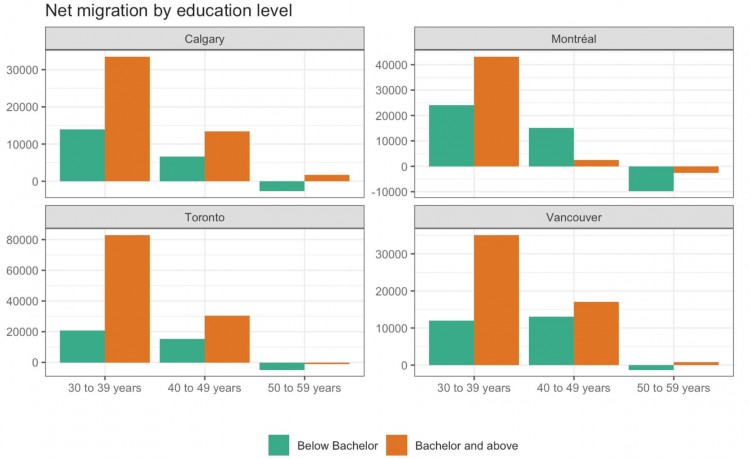 “Due to better pay, professionals are better equipped to deal with a tight housing market than most others,” he said.

If we want to prevent more displacement, he said, we should focus on those actually at risk: the poor and working class.

“More housing can lead to a more equitable city with room for people who aren’t well-paid professionals or independently wealthy,” he said.

“That suggests both building more and promoting a lot more non-market and rental housing.”