By Naoibh O'Connor, Vancouver Courier | February 21, 2019, 10:36am
To emphasize that the new highrise being built at 1500 Robson St. will be pet friendly, two dogs — Hazel and Trink — made an appearance at the Feb. 20 ground breaking. They're pictured with (left to right) Mayor Kennedy Stewart, as well as Ralf Dost, Steve Marino and Jeff Fleming from GWL Realty Advisors

To emphasize that the new highrise being built at 1500 Robson St. will be pet friendly, two dogs — Hazel and Trink — made an appearance at the Feb. 20 ground breaking. They're pictured with (left to right) Mayor Kennedy Stewart, as well as Ralf Dost, Steve Marino and Jeff Fleming from GWL Realty Advisors.

It’s unusual to see a pair of dogs — in this case Hazel and Trink — at a press conference packed with developers, real estate types and politicians. But not when you’re trying to underscore the fact a new development will be pet friendly in a city where it's notoriously difficult to find an apartment that accepts animals.

That was the case Feb. 20 at a ground breaking for a 21-storey market rental building going up at 1500 Robson St. in Vancouver’s West End.

The pooches got a front-row seat to hear speakers, including Mayor Kennedy Stewart, praise the tower, which will produce 128 rental units, a third of which (42 units) will be two- and three-bedroom family-sized apartments ranging from 753 to 978 square feet.

London Life Insurance Company is the owner of the project, which is being developed by GWL Realty Advisors and designed by IBI Group. 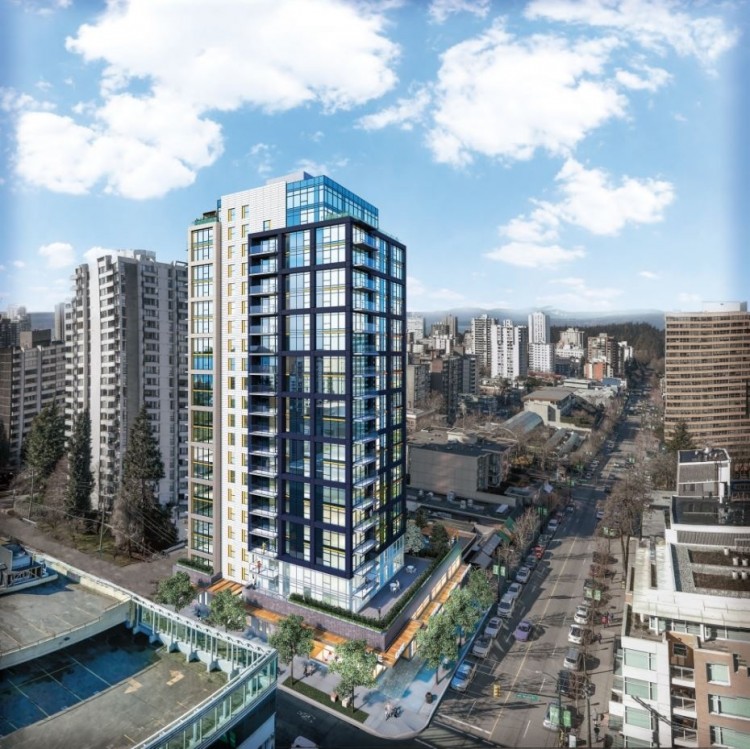 The tower is being built on Robson at Nicola Street and is expected to be completed in 2021. | Rendering IBI Group

It’s one of the first rental towers to be built along Robson in decades, “in a city that’s in need of rental housing and in a neighbourhood of luxury condominiums,” according to GWL Realty, and the first rental project on Robson to be approved under the city’s West End Community Plan, which was adopted in 2014.

Ralf Dost, president of GWL Realty Advisors’ real estate portfolio, said it’s important to create more purpose-built rental apartments given Vancouver’s tight vacancy rate and the fact much of the existing stock is dated and in need of upgrades.

“We also know how challenging it is to make financial sense of multi-residential developments, especially in this West End neighbourhood, so all of these factors make the launch of this project today that much more gratifying,” he said.

Stewart agreed that increasing the supply of secured market rental apartments “is more important than ever” when more than 50 per cent of residents are renters and vacancy rates are at an all-time low.

“It’s the kind of ground-breaking we all like to come to because it is helping us with our key problem of [increasing] market rentals. We need all kinds of rentals in the city — we need affordable rentals, but market rentals are also a key part of fixing our supply problem,” he said, while adding that residents have also been pushing for the construction of units big enough for families.

“Increasing the supply as well as diversity of rental housing in our city will benefit all Vancouverites, especially young families. I used to rent right across the street so I know how vibrant this neighbourhood is, and bringing 128 more families in here is just going to really help the local merchants.”

The highrise, located at the corner of Robson and Nicola streets, is expected to be completed in 2021. It will feature “substantial” bicycle storage and maintenance facilities, as well as indoor and outdoor amenities, including fitness, yoga and lounge rooms, a rooftop patio and a common area for tenants on the penthouse floor.

It’s replacing a low-rise commercial building that used to face Robson, which featured a few residential units, as well as a residential building behind it that was mostly rented to international students. The 12 tenants who lived in the two buildings were relocated elsewhere with some assistance. GWL Realty Advisors provided tenants with the equivalent of two or more months’ rent based on length of tenancy, and support with moving expenses.

It’s too early to say what rents will be in the new building, but they will be at market rates.

Stewart told the Courier the city is focused on ensuring both market and affordable rental units are created.

“We need rental for all income levels. I’m a renter. My wife and I are renters, and we can afford to live in market rental housing, and that’s what we live in. There’s lots of employment in this city that’s coming in where you have folks that have a higher income level that need this kind of housing too,” he said. “[While] our focus is going to be on making sure we maximize the number of the non-market housing units that we have built, we also have to encourage this kind of build... That’s why I’m here at this announcement today. [It's] because this kind of housing is also needed.”

When asked what he would say to West End residents who’ve complained the community plan bumped up land values so high that it’s pushing people out of the neighbourhood due to redevelopment, Kennedy said: “The West End area plan is full of protections for folks living there now and into the future, so we just have to make sure we get the balance right. It is these developers and these construction companies that are building all the housing in the city. We are living in a market economy. However, we have to do everything we can to incentivise non-market housing development and get the federal and provincial governments back into the housing game so they can help us provide much more affordable units. But the focus is on rentals of all levels here at the city.” 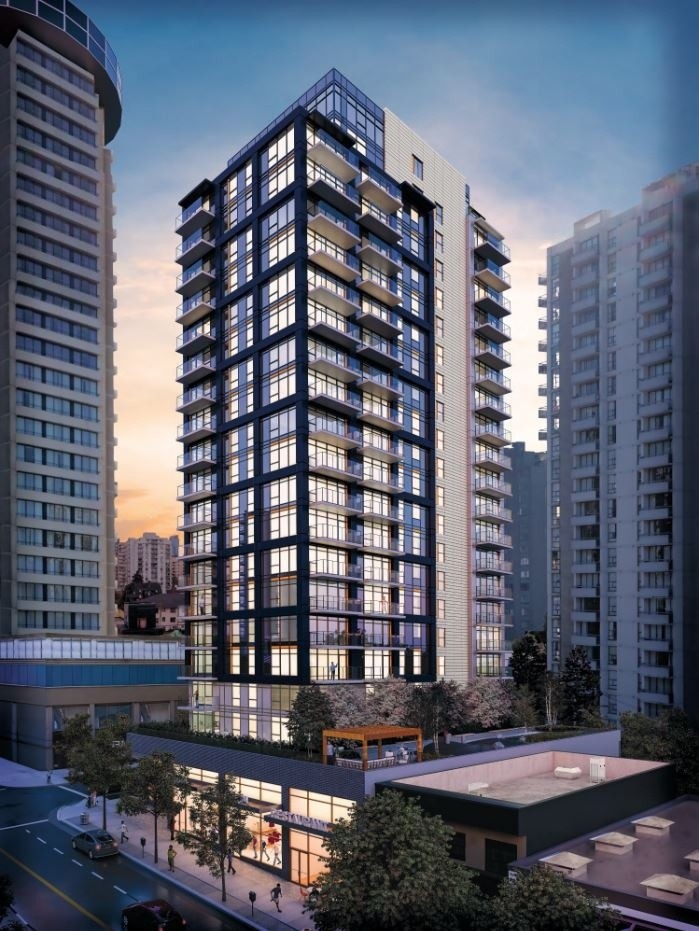 For more from the Vancouver Courier, visit here.