By Glen Korstrom | March 19, 2019, 8:35am
City Cannabis Co. owner Krystian Wetulani is the first person to open a legal cannabis store in Vancouver and is on the cusp of opening his third | Chung Chow

B.C. entrepreneurs and corporations are jockeying for advantage in the burgeoning cannabis retail niche – a feat that requires finding prime locations, navigating a maze of different provincial rules and, in some provinces, sheer luck in winning provincial lotteries to earn the right to get licensed.

All this is happening as retailers are becoming increasingly frustrated over chronic cannabis shortages.

The Donnelly Group and City Cannabis Co. are among the B.C. companies planning to open the provincial limit of eight stores in B.C., as well as outlets elsewhere in Canada. Others, such as JAK Group, are charting out where to place stores within the province.

Krystian Wetulani, the first private operator to open a store in Vancouver, and the only one currently with more than one, has a long-term plan to run 20 to 30 City Cannabis Co. stores across the country.

He is waiting on a provincial licence to open a store at 2317 Cambie Street. That would follow his first store, on Fraser Street near East 57th Avenue, and one on Robson Street just east of Granville Street in a building that is set to be demolished to make way for a 13-storey office building.

Wetulani plans to move the Robson Street store across the street to a site that he said has a much higher rent but also good profit potential.

Other stores are set for 725 West 14th Street in North Vancouver and in Comox, where council recently approved a location.

His final three B.C. locations are yet to be determined because “you really want to make sure that you’re getting the best possible locations,” he said.

He told Business in Vancouver that he views the term ‘hobo’ positively. 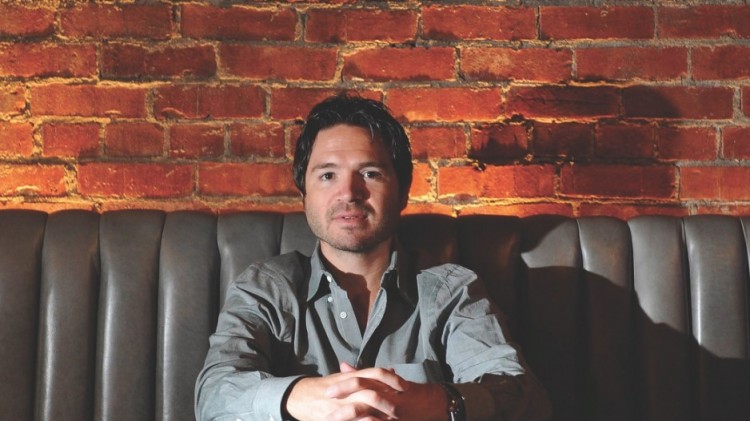 “It has a bit of wanderlust to it,” he said. “Some of my favourite hotels and magazines over the past years have had hobo in their name, or in relation to it.”

Donnelly plans to open B.C. cannabis stores starting in April. He also plans to open a store on April 1 in Ottawa, thanks to an operating agreement with Karan Someshwar, one of the winners in Ontario’s lottery system, which determined which 25 applicants would be granted licences.

Donnelly expects that his first B.C. stores to get licences will be at:

•Granville Street in the Marpole neighbourhood;

Other locations are set to be in Kelowna and Metro Vancouver suburbs.

JAK Group’s Muse-brand of cannabis stores is also starting to get off the ground. Principal Mike McKee said that he expects to soon open a first store at 3039 Granville Street, near West 14th Avenue.

His company has municipal approval to open stores in New Westminster, at 532 6th Street, as well as in Campbell River and in Courtenay.

McKee’s team is having discussions with city staff in the District of North Vancouver and in Port Coquitlam. They are also scouting their final two locations in Langley and in Coquitlam.

B.C. companies will have to compete with larger players based in other provinces that are manoeuvring to open their first stores in B.C.

National Access Cannabis Corp. (TSX-V:META) (NAC) originally planned to open 20 stores in B.C. but has had to scale back those plans. NAC, Canada’s largest private cannabis seller with 23 stores, including 14 NewLeaf stores in Alberta and nine Meta stores in Manitoba, expects to eventually have eight Meta stores in B.C.

Another change from its original plan is not to locate B.C. stores in former Second Cup coffee shop real estate.

“That is very unlikely now,” CEO Mark Goliger told BIV on March 12. “Second Cup doesn’t have enough sites in B.C. that are within specific zoning, so they will all be new, unrelated sites.”

Goliger is also determining the pace of openings in other provinces.

The Saskatchewan government is poised to approve the transfer of a licence for an existing store, and that would be NAC’s 24th outlet.

His plans to open five stores that the Manitoba government has already approved have been put on hold because the province’s cannabis shortage is so severe.

“There isn’t enough supply in the province to really validate opening the stores,” he said.

Shortages have also affected other rapidly growing chains such as Fire & Flower, which has seven stores in Alberta and two in Saskatchewan, and Alcanna Inc. (TSX:CLIQ), which has five Nova Cannabis stores in Alberta and is readying to open a store in downtown Toronto under an operating agreement with one of the winning applicants in the Ontario lottery.

“Everyone has figured out that delivery day is Thursday. They all show up on Thursday, and get in line and try to get whatever we get in our shipment.”

Alcanna, however, is dealing with an obstacle that other aspiring B.C. cannabis retailers don’t have: licensed producer (LP) Aurora Cannabis Inc. (TSX:ACB) owns a 25% stake in Alcanna.

B.C. is the only province to prohibit a retailer from selling an LP’s products if that LP owns more than a 20% share in the retailer.

With Aurora having several popular brands, including ones added through its last year’s MedReleaf acquisition, Burns said being prohibited from selling Aurora products would put Alcanna’s B.C. stores at a disadvantage. •