Smaller companies have grown faster than their larger counterparts since 2015

The past year has been volatile for B.C.’s biggest software companies, according to data collected on Business in Vancouver’s list (see page 10). Of the 20 companies on the list, 10 expanded their employee base while seven experienced declines. The remaining companies reported no growth over the past year. 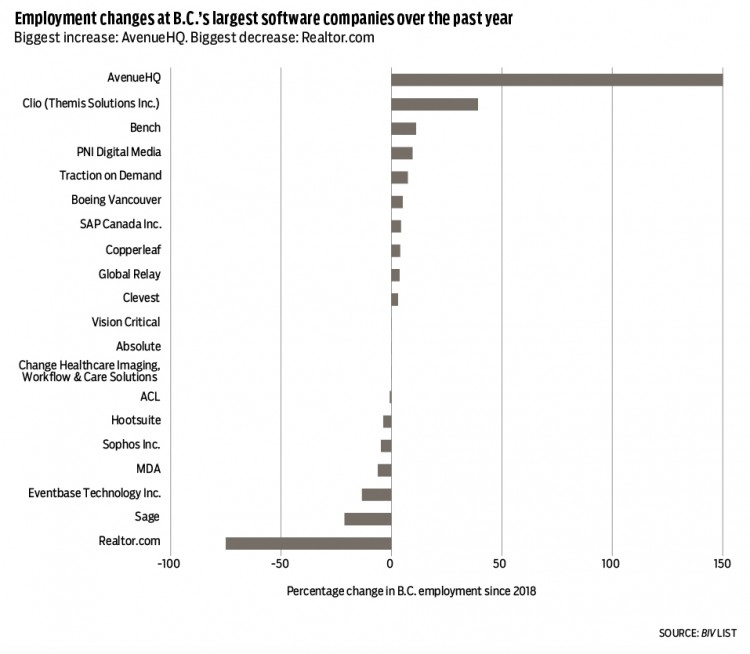 Over the past five years, employment at the largest software companies has grown an average of 17.8%, to an average of 361.2 employees in 2019 from 306.5 in 2015. The median employee count grew more than twice that rate over the same period, up 45.1% to 281.5 in 2019 from 194 in 2015. The larger growth in median employment suggests that smaller software companies grew faster than their larger counterparts.

Of the five largest software companies with five-year data available, No. 7-ranked Traction on Demand recorded the largest one-year and five-year growth. Since 2015, the company has increased its employee base 155.6% or by 202 employees to 332 in 2019 from 130. Over the past year, the company also reported growth of 7.4% from 309 employees in 2018.