Claim that LNG is no greener than coal gets new scrutiny

Without better methane tracking, sector is vulnerable to charge it lacks emissions advantage

By Nelson Bennett | March 26, 2019
Most natural gas wells in B.C. are put into production using green completions, which reduce the amount of methane that escaped. | Nelson Bennett

One of the biggest bites ever taken out of greenhouse gas (GHG) emissions in any developed country is one that environmentalists and renewable energy advocates never seem to mention.

While some of those lower emissions can be attributed to renewable energy investments, the emissions decrease was “mainly” due to natural gas displacing coal power, according to the U.S. Energy Information Administration (EIA).

When burned for power, natural gas produces 50% to 60% fewer carbon dioxide emissions than coal does.

Proponents of B.C.’s nascent liquefied natural gas (LNG) sector, including the BC NDP government, have therefore promoted the environmental advantage of LNG, since the biggest market is Asia, where LNG would presumably replace coal power and backstop intermittent renewable energy.

But environmentalists opposed to fossil fuels claim that “fracked gas” is as bad as coal or even worse, in terms of its global warming potential, due to fugitive methane emissions.

“He proudly announced approval of a $40 billion facility to liquefy fracked gas, calling it a transition fuel to help China reduce coal dependence, even though fracked gas has a carbon footprint at least as bad as coal (because of fugitive methane release),” Suzuki recently wrote.

So are natural gas and LNG really worse than coal?

“I don’t know,” said John Werring, senior science and policy adviser for the David Suzuki Foundation, who was co-author of a study that estimated fugitive methane emissions in the Montney play of B.C. to be 2.5 times higher than those reported by industry and government.

“There’s not enough information to make that determination,” Werring said.

Measuring and monitoring of methane from the oil and gas sector in B.C., and elsewhere, is still inadequate, according to a recent report for the C.D. Howe Institute.

And until there is better baseline data, the LNG industry will remain vulnerable to the claim that it’s no better than coal. It will also be impossible to apply carbon taxes to upstream methane emissions, or properly report on whether it is meeting a 45% reduction target.

“The magnitude of these emissions is unresolved,” says the C.D. Howe Institute report, written by Sarah Jordaan at Johns Hopkins University and Kate Konschnik at the Nicholas Institute for Environmental Policy Solutions at Duke University. “Policy-makers are thus left without defensible evidence describing the trends in methane emissions from the oil and gas value chain over time.”

The claim that natural gas may be as bad as, if not worse than, coal, from a global warming perspective, appears to be based largely on a 2011 study by Cornell University ecologist Robert Howarth, who concluded that, due to methane emissions, the GHG footprint of natural gas from shale production could be 20% to 50% higher than that of coal.

That study was rebutted by Howarth’s own colleagues at Cornell, who said in a paper that Howarth had significantly overestimated fugitive methane emissions.

A scientific panel report on fracking in B.C. that was published last week points out the Howarth study assumed that natural gas is released in large volumes as blowback during well completions. In B.C., that blowback is contained, by regulation, either through “green completions” or flaring, the panel noted.

Methane is the problem child of GHGs. It does not persist in the atmosphere as long as CO2, but it is magnitudes worse in terms of its heat-trapping properties.

Whereas the CO2 produced from combustion is easy to calculate, getting a handle on methane emissions is more difficult.

For one thing, there are many natural and other manmade sources of methane – swamps, dairy farms, landfills – so it can be difficult to pinpoint where it’s coming from.

There are thousands of oil and gas wells in B.C., so it’s difficult to test them all for methane leakage.

The most common GHG associated with natural gas and LNG is CO2, from combustion. But extraction also produces methane.

If natural gas extraction produces large amounts of methane, it could indeed put it on par with coal, according to the EIA.

But even if the methane produced in B.C. from natural gas extraction is 2.5 times higher than the government estimates – as one study has suggested – it is still well below the threshold that the EIA has determined would be needed to put it on the same level as coal.

That threshold is 3%. That is, if 3% of the natural gas produced escapes, either through venting or fugitive emissions, then it would indeed be as bad as coal in terms of its global warming potential, the EIA calculates.

B.C.’s methane emissions intensity is 0.3%, according to the B.C. government.

But a study by St. Francis Xavier University – in which Werring was a co-author – estimated upstream methane emissions in the province are 2.5 times higher than the government estimates – 111,800 tonnes annually in B.C.’s Montney formation alone, as opposed to industry estimates of 78,000 tonnes provincewide.

Other studies elsewhere have come to similar conclusions.

“There are North America-wide studies coming out saying that emissions may be 50, 60 per cent greater than what is presently reported by governments, and that’s non-trivial,” Jordaan told Business in Vancouver. “Studies continue to indicate that there’s a real challenge to understanding what the emissions are.” 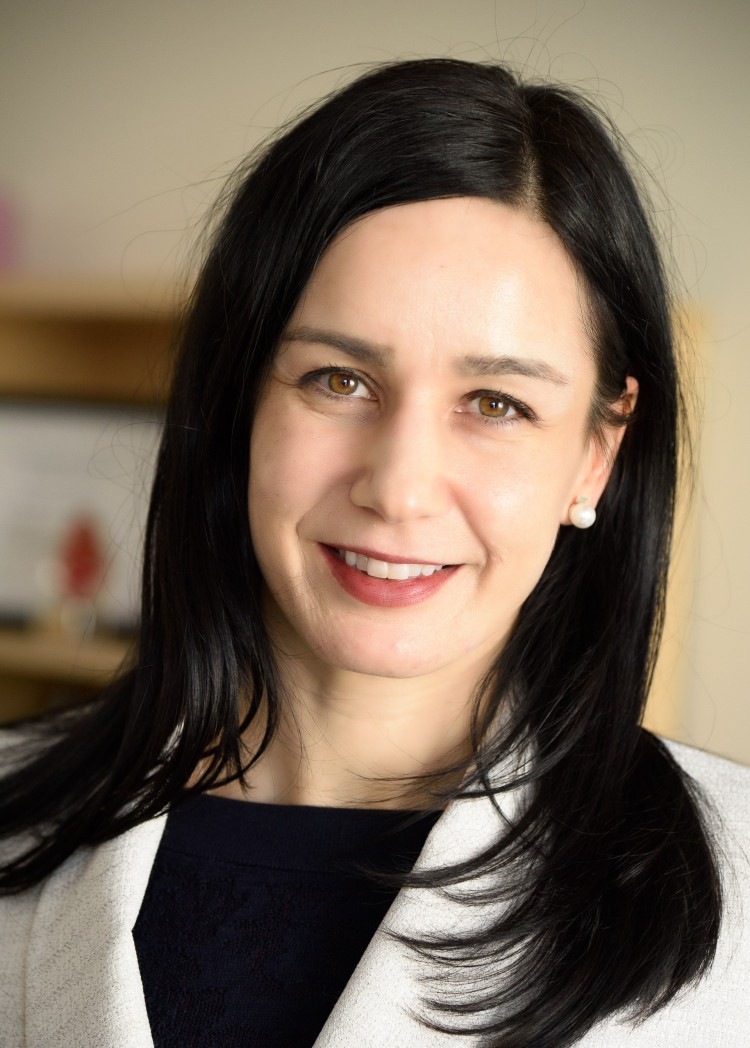 But even if the methane emissions overall in B.C. are indeed 2.5 times what the government estimates, that’s still an emissions intensity of just 0.7%. That’s far below the global average of 1.7%, according to the EIA.

One way the industry in the province has reduced methane is through “green completions” – a method of capturing “blowback” and preventing venting when a well is first fracked and put into production.

Electrification of the Montney has also allowed some companies, like Royal Dutch Shell, to electrify their plants and install electric actuator valves instead of pneumatic valves that release natural gas every time they are activated.

Shell estimates the methane emissions intensity from its Groundbirch operations in northeastern B.C. is 0.1%.

That may explain why regulators in Washington have insisted that a proposed LNG plant in Tacoma source its natural gas from B.C.

A life-cycle analysis done by the Puget Sound Clean Air Agency last year concluded that natural gas from U.S. producers could have emissions that are as much as eight times higher than emissions from gas produced in B.C. It cited tighter regulations for drilling and natural gas processing in B.C. for the low emissions profile of B.C. gas.

“British Columbia has adopted comprehensive drilling and production regulations that are intended to reduce methane emissions,” the agency stated.

When the Pembina Institute developed its shale scenario tool to model the total GHGs from a B.C. LNG industry, the methane appeared to be insignificant compared to the CO2.

“What we learned from that is that the leakage for B.C. is around 0.2% according to government reporting, which is extremely low,” said Maximilian Kniewasser, who developed the shale tool.

“The U.S. [Environmental Protection Agency] did some really detailed analysis, and they found that over the same part of the supply chain methane emission rates are around 1.3%. So B.C. is like one-sixth of what it is in the U.S. So there seems to be a discrepancy.”

The problem for any scientist trying to estimate methane emissions is a dearth of baseline data. The measuring, monitoring and reporting is still insufficient, so all modelling is based on snapshot data that may not provide accurate estimates.

Until there is better baseline data, it will be difficult to measure the success of methane reduction regulations, and impossible to apply carbon taxes to upstream methane emissions.

“At the current level of detail that we have, it would not be possible to tax methane,” Kniewasser said. “That is my opinion. And that’s just because we don’t have a good enough sense of what those emissions are exactly.”

The absence of good baseline data also poses a challenge for the government in demonstrating that its new regulations requiring a 45% reduction of methane emissions are hitting their targets. In B.C., new drilling and processing regulations come into effect in 2020.

“When we’re talking about reducing methane emissions in the oil and gas industry by 45%, the question then becomes 45% of what?” Werring said. “What is your baseline? And we don’t have a handle on that baseline, unfortunately. But there is technology and there are opportunities here to move forward with regulations that require companies to be more proactive in their reporting.”

But both Kniewasser and Jordaan say that the absence of good baseline data is no reason not to establish a better regulatory regime.

“You can mandate what kind of equipment you can implement or how often you have to check your facility,” Kniewasser said. “So even if you don’t have great data right now, it’s totally possible to regulate and mandate better practices.

“There’s uncertainty around what the problem is in B.C. with methane emissions, no doubt. What we do find is that there is a lot of opportunity to reduce methane pollution, or carbon pollution, across the LNG and natural gas supply chain.

“It’s a young field, but there is so much opportunity to reduce methane pollution. It is really the cheapest opportunity in the whole economy.”

Werring would like to see better monitoring of gas wells on an ongoing basis, especially older ones.

“The wells that are in production, they are probably pretty well monitored,” Werring said. “But then there all these other wells – they’re abandoned and suspended wells – that are not being appropriately monitored.”

By 2025, the B.C. government hopes, new regulations will result in a 45% reduction in methane leakage from the province’s natural gas sector.

But it may be hard to determine if it has hit its targets, because methane measuring and monitoring are still spotty.

Technology is evolving, however, that can give regulators a better idea of just how much methane is coming from the oil and gas sector. 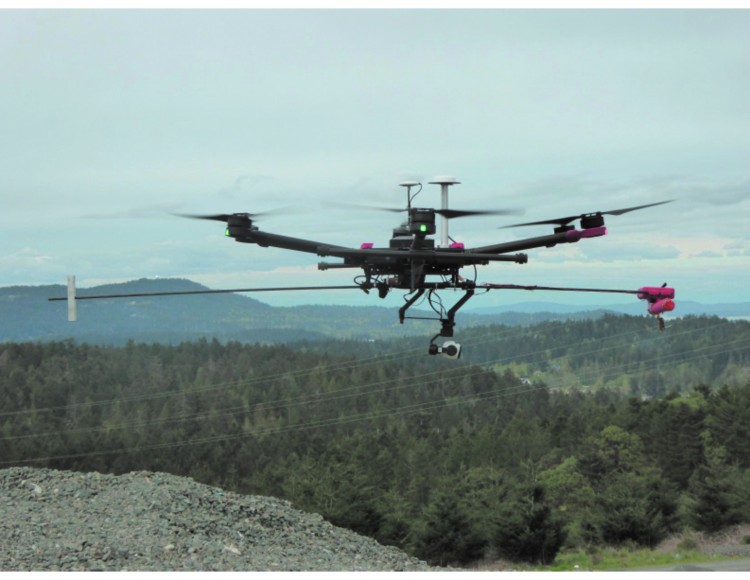 GHGSat, for example, is a Canadian company that is using satellites to detect large methane sources from space. The company has one satellite in orbit and plans to launch a second one this summer.

“We are going to be able … to do direct measurements of oil and gas installations across the world, including British Columbia, and be able to offer a more efficient and lower-cost method of detecting and quantifying emissions from natural gas facilities,” said GHGSat president Stephane Germain. “We can help them identify where the big leaks are fast so they can fix them faster.”

While some Canadian companies have been using GHGSat, the BC Oil and Gas Commission has not yet used it.

While satellite imaging can identify the big emitters, it’s still something of a low-resolution approach.

Once the bigger emitters are identified, more refined detection technologies to pinpoint sources can be used to zero in on specific wells, pipelines and plants that may be emitting methane at high rates.

Geoscience BC has been piloting a project that uses “sniffer” drones developed by NASA that can take aerial surveys to detect methane emissions from natural gas infrastructure and other sources, including feedlots.

It is also using carbon isotope fingerprinting that can identify the signatures of molecules from a specific area. It is using the technologies to develop an “atlas” that will allow Geoscience BC not only to detect methane, but also to identify which well it may have come from.

“It gives us what I call the postal code of that molecule of gas,” said Carlos Salas, chief science officer at Geoscience BC. “So if there was to be a leak, and you were flying this drone, it would tell the company not only which wellhead is leaking, but it also gives you the depth as to where they think it’s coming from.

“We haven’t found any mega-emitters or anything like that. They tend to be just small emissions.”