Province aims to clean up hundreds of orphan well sites

By Nelson Bennett | March 19, 2019
Thousands of gas wells and access roads dot the landscape in Northeastern B.C., about 7,000 of which are dormant.

Plug “Dawson Creek” or “Fort Nelson” into Google Earth, and zoom into the surrounding rural areas, and you will see a web of fine, mostly straight lines connecting to small rectangles.

The lines are access roads and the rectangles are well pads for oil and gas. Many are still producing, but it’s estimated that 7,000 are “dormant” – that is, wells that have run dry and been abandoned.

Of those, 326 are classed as orphan wells – ones that were abandoned when the companies that operated them went bankrupt.

Another 300 to 500 could be added to B.C.’s orphan well list, following the recent bankruptcy of Calgary-based Ranch Energy Corp. The company is now in receivership.

It’s not yet known how many of the wells in B.C. will become the responsibility of the BC Oil and Gas Commission (BCOGC).

But the commission said a new levy being phased in this year will cover the cost of dealing with orphan wells over the next decade. It will institute new regulations and timelines for dealing with dormant and orphan wells this spring.

“It is the responsibility of the permit holder to restore sites,” said Mike Janzen, BCOGC’s director of liability management. “In the event that a permit holder is insolvent or cannot be located, that’s when we have the orphan site reclamation fund.

“We are raising $15 million a year, and that is sufficient to restore all existing orphan sites within 10 years.” 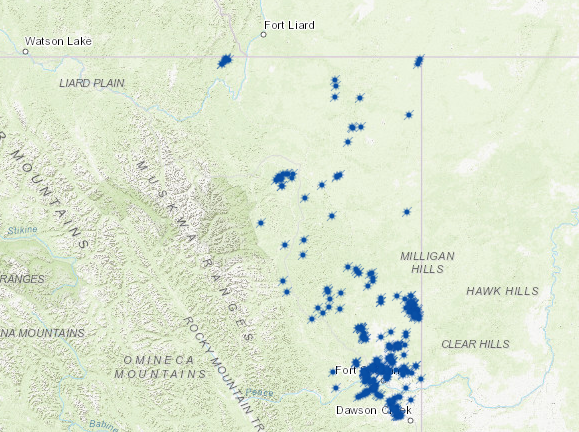 There are more than 300 orphan wells in B.C. and recent bankruptcy could add more orphans. | BCOGC

The issue of dormant and orphan wells has been highlighted recently in Alberta and B.C. after a series of bankruptcies that have left provincial governments on the hook for well decommissioning and reclamation.

In February, the Supreme Court of Canada ruled in favour of the Alberta Energy Regulator, which had been seeking approval to pursue assets of a bankrupt company, Redwater Energy, to help pay for cleaning up the orphan wells it left behind. The BCOGC is now stepping up its requirements for solvent companies to accelerate the decommissioning and reclamation of their dormant wells in B.C. It is also taking action on orphan wells.

“Inherently, timelines can cause some inefficiencies,” said CAPP’s B.C. spokesman, Geoff Morrison. “But the regulator’s been listening to us, and we’re working with them to find that sweet spot of ensuring a pace of reclamation or decommissioning that’s appropriate and giving us, hopefully, the space to be more efficient in the way we do that.”

Natural gas has been produced in B.C. for more than half a century. Many of the spent wells were never properly decommissioned and reclaimed.

Alberta and Saskatchewan are also littered with defunct oil and gas wells.

“The commission is recognizing [it] needs to take action to ensure that all sites are restored in a safe and responsible and timely manner, recognizing the increasing number of dormant sites and lower rates of restoration,” Janzen said. “Those restoration rates need to increase.”

When an oil or gas well runs dry, it typically is decommissioned. This involves filling the well bore with cement, cutting off the steel well bore a few feet below ground, and then covering it up.

Full reclamation is more extensive. It requires removing all infrastructure that may have been left behind, including piping and wellheads. Soil sampling must be done, and any contaminated soils must be removed and replaced with clean soil.

Finally, the area is replanted with trees. In some cases, access roads must also be decommissioned and restored to a natural state. 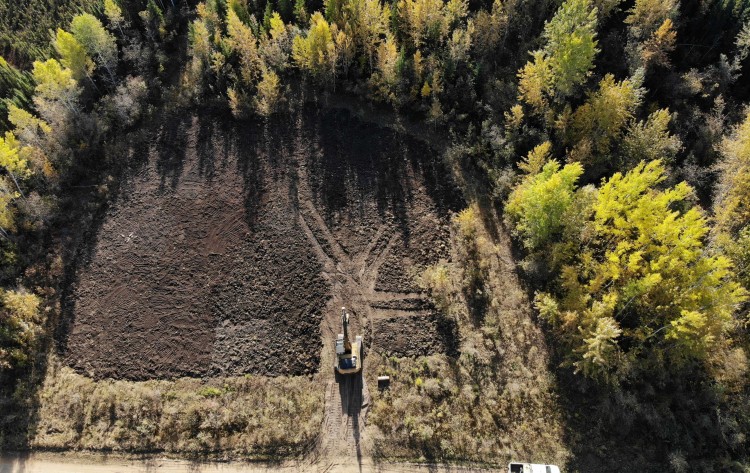 Fort Nelson First Nations contractors will be doing orphan well reclamation work, like this, in which contaminated soil is removed. |BCOGC

A well can be decommissioned in a single season, Janzen said, but full restoration can take “multiple years.”

The accelerated timelines for restoring dormant and orphan wells will mean more work for contractors involved in earth moving, tree planting, road decommissioning and environmental monitoring. Some of those contractors will be First Nations.

The Fort Nelson First Nation has already received contracts to do some of the remediation work in its territory.

The reclamation work will provide much needed jobs for First Nations over the next decade.

“These jobs are good-paying jobs. To get our foot in the door on this work is so important. There’s hundreds of wells throughout the territory that have been abandoned and they haven’t done the cleanup work.”