New Coquitlam park will be 1.5 times the size of Stanley Park

A draft management plan for a closed regional park reserve in northeast Coquitlam will be open for public comment this summer.

This week, the Metro Vancouver parks committee green-lighted the second round of consultations for Widgeon Marsh, an ecologically sensitive site — about one-and-half times the size of Stanley Park — north of Minnekhada regional park, on the east side of Burke Mountain.

Feedback on the draft plan for the 1,535 acres will involve an online questionnaire and stakeholder input this spring, followed by focus groups at Widgeon and Minnekhada parks and community outreach in July and August.

Among the stakeholders that will be asked for comment are the: Burke Mountain Naturalists; Katzie and Kwikwetlem First Nations, who have overlapping interests in the territory; city of Coquitlam; Ducks Unlimited; Nature Trust of BC; and BC Parks.

City managers in Pitt Meadows and Port Coquitlam will also be consulted.

The draft plan calls for parking lots at the entrance, a paved trail from the lower landing to the meadow, hiking loops and signs, picnic tables and habitat restoration. 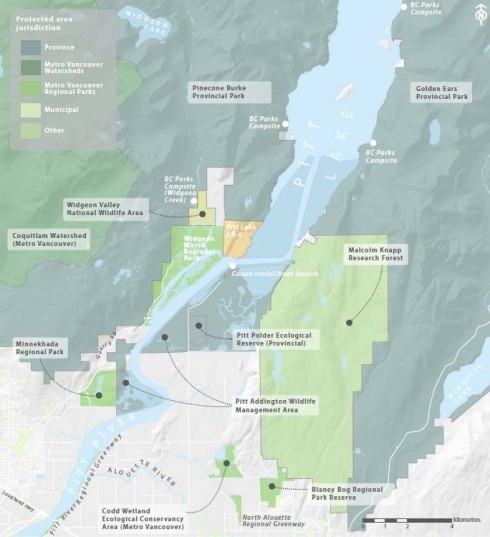 Currently, Widgeon Marsh regional park — which is part of the largest freshwater marsh in southwest B.C. — is not open to the public and entry is limited to Metro staff, tenants, neighbours and others (by special permit for research and filming).

If the draft plan moves forward, detailed designs will get underway next year with infrastructure work starting in 2021 for a 2023 park opening, said Steven Schaffrick, Metro’s parks division manager for the central area.

“It’s taken a bit of time to get to this point,” he told The Tri-City News, noting the land assemblies, and research on winter water fowl and biophysical studies.

For the next consultation, Schaffrick said, “it’s really about refining and testing out our concepts to see if they’re in alignment with what we heard before.”

“I’ve been watching this area for many years as a [Coquitlam] resident and someone who has hiked in the area,” he said. “I think it’s one of the most spectacular parks in our system but the question is, How do we protect the ecological assets?”

Hodge said Metro officials need to consider if off-leash dogs will be permitted, how much of the main trail will be paved for accessibility and if a shuttle bus could be operated from the nearest public transit stop at Victoria and Cedar drives, for example.

Metro staff also need to look at how Widgeon will link with Minnekhada regional park, BC Parks’ Pinecone Burke Provincial Park (of which a master planning process is now underway) and the city of Coquitlam’s sports park on Gilley’s Trail (which has yet to be built).

“What are the synergies between the three? Our mandate is to protect and connect,” Hodge said.

Penner, who has visited the Widgeon area since he was a teen, travelling by boat from the Pitt Meadows side, said costs will be a major factor in developing the park.

Still, he said it’s worth opening up a portion of the site especially as word gets out about its beauty. “There’s a lot of uniqueness to the park itself,” he said. “It’s so close by and, with social media, it’s now the place to go to…. There’s an appetite to enjoy the outdoors.”

The Metro parks committee recommendation for the draft management plan will be considered by the board at its April 26 meeting.