Eighty per cent of sales remain in illegal hands as questions about quality, labelling dog some legal products

By Glen Korstrom | April 9, 2019, 9:09am
Anandia Labs president John Coleman believes THC levels should be stated on labels as a range, instead of as a specific number, because it varies within tested cannabis batches | Rob Kruyt

Concerns about the quality and safety of legal cannabis, and the accuracy of measurements for active ingredients on product labels, are shaking some consumers’ confidence in the nascent legalized cannabis sector.

The fear for governments is that if consumers do not warm to pricier, legal cannabis products, and instead stick with their illegal dealers, governments will lose tax revenue and the black market will continue to thrive.

Statistics Canada data in March showed that the black market holds an 80% grip on cannabis sales. The agency said annualized Canadian household spending on cannabis totalled $5.9 billion in the fourth quarter of 2018, with $4.7 billion spent on black market products and about $1.2 billion for legal weed.

While a 20% slice of the market going to legal producers is a significant start for a new sector, there is much work to do if Prime Minister Justin Trudeau is to realize what he said were his government’s goals when he legalized cannabis last October, and ended 95 years of prohibition.

Trudeau said his aim was to:

•control sales to minors by levying stiff fines against those who sell to children;

•snuff out profits for organized crime while generating excise-tax revenue from legal sales; and

•mandate lab testing to ensure a safe supply of products that have clear markings on labels to tell consumers exactly what they are buying.

But a steady stream of complaints about the quality of legal cannabis has filled social media feeds. They have ranged from disparaging comments about Vancouver actor Seth Rogen’s March 27 announcement that he plans to partner with Canopy Growth Corp. (TSX:WEED; NYSE:CGC) in his launch of the Vancouver-based cannabis brand Houseplant to a tweet from Tantalus Labs CEO Dan Sutton criticizing the overall quality of cannabis on offer in the market.

Concern about the quality of legal products has spurred some to take products to independent labs to test for pesticide use and determine the level of tetrahydrocannabinol (THC).

Entrepreneur and aspiring legal cannabis retailer Michael Barcellona bought eight strains of legal cannabis and had a Vancouver-based lab test the samples so he could be assured that if the province approves his retail licence, and he is able to sell legal weed, he will be providing safe and accurately labelled products to customers.

The results of his tests, however, showed that one strain – CannTrust Inc.’s (TSX:TRST) Kinky Kush, sold under its Liiv brand – failed a test for pesticides, Barcellona said.

The test was a basic one that merely showed the presence of a pesticide, as he did not pay the extra money to have the lab do a test to determine which pesticide the product contained.

A separate concern was that the Kinky Kush sample was labelled as having 27% THC even though the lab test revealed that the sample contained just 19% THC. 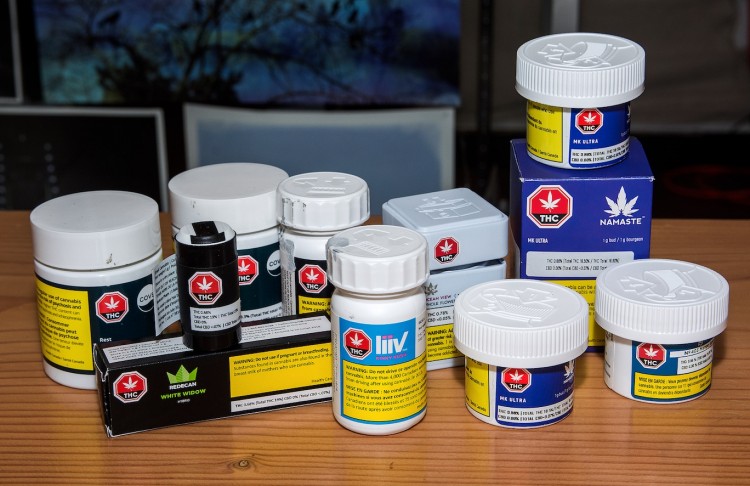 (Image: Here are the products that cannabis retailer Michael Barcellona took to a lab to be tested | Chung Chow)

CannTrust’s statement to BIV stressed that the company prioritizes product quality and takes all complaints seriously.

“We test each lot before release for all required parameters, including potency and pesticides, and all tests are completed using validated methods,” the company said. “We test for pesticides at a lab licensed by Health Canada for cannabis testing, and test for potency in our own lab using methods that have been inspected by Health Canada on multiple occasions.”

CannTrust also downplayed the test results, noting that the lab that did the tests, though it is in the process of getting a Health Canada licence, does not yet have that licence.

Anandia Labs president John Coleman was surprised that some legal weed tested positive for a pesticide but not that there were slight variations in the THC levels.

Health Canada has a list of 23 approved pesticides, he said, but these are products that leave no residue and are not synthetic pesticides.

Coleman told BIV that THC counts vary within a batch and even within a single plant. Batches of cannabis that his lab tests are usually all of the cannabis that can be harvested in a grow room in a day. That means that the size of the batch could be tens of kilograms or more.

“I’m not surprised at all to see a 2% variability,” he said. “We have suggested that potency in the plant should be reported as a range because it is inherently variable.”

A disparity in THC of eight percentage points, such as in the CannTrust sample, was puzzling, he said.

Coleman’s team usually tests upwards of 60 grams in each batch, and they divide up that batch to perform tests to determine the presence of pesticides, heavy metals, moulds or other contaminants as well as for potency of THC and cannabidiol (CBD).

They also keep some of the cannabis in reserve for several weeks in case the licensed-producer (LP) client comes back with questions or wants a retest. LPs keep samples of every batch for even longer because they could be audited by Health Canada, Coleman said.

When LPs get lab tests for batches of cannabis, they are supposed to keep the tested samples in case they are audited. Failing to have the samples on hand could put the producer at risk of losing its licence, he added. 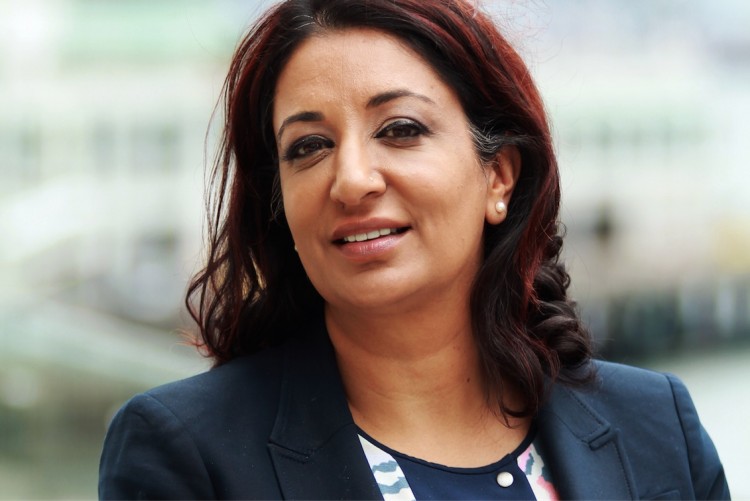 (Image: National Institute for Cannabis Health and Education founder Barinder Rasode believes inaccurate labelling could be because of a shortage of labs | Rob Kruyt)

What could steer consumers to legal cannabis?

Episodes where bad pot is criticized online or shown in lab tests to have pesticides or an inaccurate THC count are enough to keep cannabis users from buying legal pot.

While it is up to LPs to meet quality and safety standards, the problem of inaccurate labelling could reflect a shortage of labs, suggested cannabis activist and National Institute for Cannabis Health and Education (NICHE) founder Barinder Rasode.

“That’s what we saw in the U.S. states that legalized [cannabis] – there was a shortage of labs at the beginning of the legalization process,” she said.

“It took labs some time to catch up.”

Coleman, however, said that his lab is busy but there is no backlog. He does not think that there will be a need for more labs until Health Canada licenses more producers or until growers significantly increase production.

The alternative is for current labs to expand, he said.

Another thing that could bring confidence to consumers is if a mark, or designation, emerges similar to that of the British Columbia Vintners Quality Alliance (BC VQA) program that denotes quality in the B.C. wine industry and is regulated by the British Columbia Wine Authority.

That program could be NICHE’s CannabisWise initiative, or a competing one, such as the Growers Quality Assurance program that is the brainchild of Ontario’s Jon Watson. •