Jason Kenney's threat to cut off BC's oil and gas may be bluster, but what if it isn't?

By Nelson Bennett | April 16, 2019
Prices like these could seem cheap, if Jason Kenney is able to make good on his threats to throttle back on petroleum flows to B.C.

Alberta has swung back to its natural conservative position, leaving British Columbia isolated as the only left-of-centre province from Alberta to New Brunswick.

And unless the John Horgan government blinks on the Trans Mountain pipeline issue, B.C. could be in for a world of hurt, according to one political observer.

A win for Kenney potentially sets the stage for political war. 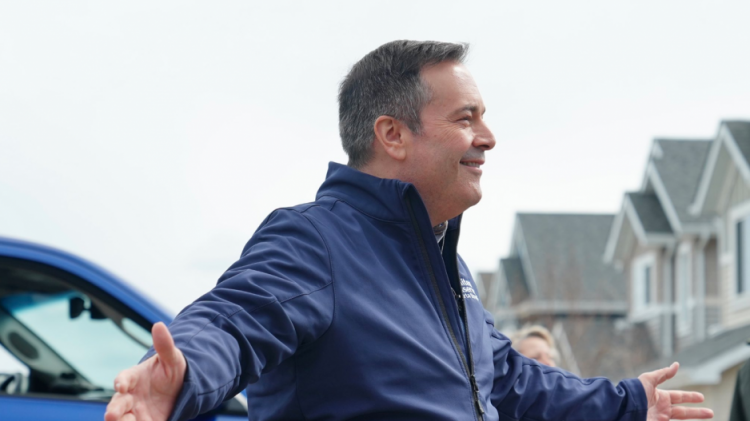 Kenney has vowed to literally set up a $30 million “war room” dedicated to fighting the enemies of Alberta’s energy sector (i.e. environmentalists), cut off funding to the Pembina Institute, and immediately proclaim Bill 12, which he has threatened to use to cut off or at least reduce the flow of oil and-or refined fuels (gasoline and diesel) to B.C.

In his acceptance speech Tuesday, Kenney directed a warning to B.C. based environmental groups, and their "foreign" backers that have led campaigns against pipelines.

"I have a message to those foreign-funded special interests who have been leading a campaign of economic sabotage against this great province.To the Rockefeller Brothers Fund, to the Tides Foundation, to Leadnow, to the David Suzuki Foundation, and to all of the others, your days of pushing around Albertans with impunity just ended."

"We will launch a public inquiry into the foreign source of funds behind the campaign to landlock Alberta' energy."

Kenney will likely also be going to war with Ottawa, since Trans Mountain is a federally regulated pipeline, and the Trudeau government might have something to say about any attempts to dictate what moves on it, although there is now a chance that the Trudeau government itself could be swept away under a blue wave, come October.

Relations between B.C. and Alberta were bad enough even when there were two NDP governments in power in the two westernmost provinces.

Last year, in response to the Horgan government’s attempts to restrict the flow of diluted bitumen the Trans Mountain pipeline – should it ever move forward with an expansion – outgoing Premier Rachel Notely hit back with boycott of B.C. wines, and passage of a new law, Bill, 12, that she threatened to use to reduce B.C.’s supply of refined fuels.

“That was an appetizer,” said Dan McTeague, a petroleum analyst for GasBuddy who served for 14 years as a Liberal MP under the Jean Chretien and Paul Marin governments.

“Alberta means business. It has no choice. Its back is against the wall, and it’s prepared to strike back, finally. He (Kenney) has a mandate from the people. It’s very clear where he plans to go on this.”

"It's pretty clear the mood of the province is pretty angry," said University of BC political science professor Richard Johnston. He added that the anger expressed by Albertans in electing the UCP to government was more directed at Justin Trudeau than Rachel Notley.

The Trudeau government has introduced a host of new bills and laws -- from a moratorium on oil tankers on the west coast to a new environmental act that could make it even more difficult to get pipelines built -- that Albertans view as a threat to their economy.

Kenney has vowed that his first act as premier will be to proclaim Bill 12, which he would use against B.C., should it continue to obstruct the expansion of the Trans Mountain pipeline.

B.C. Attorney General David Eby has said that, as soon as Bill 12 is proclaimed, his government will be ready to resubmit a court challenge to it.

Johnston thinks Kenney’s threat to cut B.C. off of its oil and gas is a lot of bluster.

“Surely he knows that Bill 12 is unconstitutional,” Johnston said. “I just don’t see any way that that could survive a court challenge.”

An analysis of Bill 12 by Denton’s Canada LLP, however, concluded “charges of Bill 12’s unconstitutionality appear to be premature.”

It might well be, if it specifically targeted B.C. But the Dentons analysis points out that Bill 12 doesn’t target B.C. specifically, and therefore might well withstand a constitutional challenge.

“Rather, Bill 12 would likely result in supply consequences for a range of provinces, including those in Eastern Canada,” the Dentons brief states.

Lower Mainlanders are already paying the highest gasoline prices in North America. B.C. depends on Alberta for most of its oil and refined fuel products.

Even the small amount of refined fuels it gets from Washington state is somewhat reliant on the flow of oil from Alberta to Washington via the Trans Mountain and Puget Sound pipelines.

Even a minor tinkering with the composition of the products flowing on the Trans Mountain pipeline could have some pretty dramatic impacts on gasoline prices, McTeague said.

He points to California, which saw a massive spike in gasoline prices, of about US$0.75 per gallon, after refineries reduced output by just 5%.

“According to the EIA – the Energy Information Agency – it was because of a 5% drop in production,” McTeague said. “ So even a 5% drop in a given market can have a pretty significant affect on prices.

“Trans Mountain doesn’t have to completely shut down all of the gasoline that goes through. It only has to disrupt a portion of that and Vancouver would be in serious trouble.”

Even if Bill 12 is declared unconstitutional, the very least B.C. can expect from Alberta is hostility.

Tuesday’s election results suggest B.C. could become highly isolated, politically, from the rest of Canada, especially if the conservative wave sweeps the Trudeau government out of power in October.

“B.C. is party to a Canada-wide federal-provincial world,” Johnston said. “We may find ourselves isolated sooner rather than later, if the federal government also turns over.”