The province should implement an immediate moratorium on all non-soil bound cannabis production facilities in the Agricultural Land Reserve.

In addition to a moratorium, the committee, chaired by former Delta South MLA Vicki Huntington, recommends the government provide the ALC with authority to consider all cannabis-related applications and to establish criteria for limits throughout the ALR, as well as review and clarify the province’s new regulation for cannabis production in the ALR. 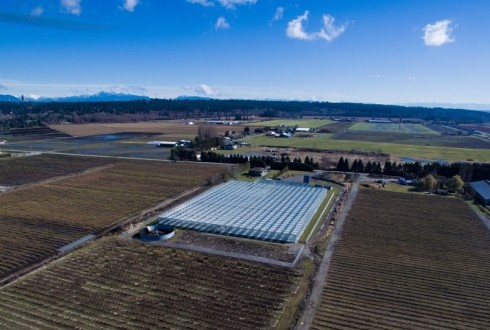 The committee notes it heard last year strong support from stakeholders and the public for significant restrictions, including an outright ban. It also notes that the Union of B.C. Municipalities requested the government establish a moratorium on the use of agricultural land to grow cannabis until there is a comprehensive review and consultation with local governments.

The committee’s interim report in 2018 also recommended steps to regulate cannabis production in the ALR including a moratorium pending a provincial level analysis of the impacts, as well as only permitting production of cannabis only through an application to the ALC.

“Cannabis is a new and relatively unknown industry supported by substantial capital investment. The potential impacts of the cannabis industry on the ALR are likely to be significant and are not yet fully understood. The projected impacts of the recreational cannabis industry on the ALR may be substantial due to the number and scale of the industrial structures (often in excess of 1,000,000 ft2) both in place and proposed. Additionally, cannabis companies may experience an initial boom and bust cycle, which could result in large industrial structures being abandoned in the ALR, thus alienating the use of the land for soil based agriculture and potentially being re-purposed for generic industrial uses,” the final report explains. 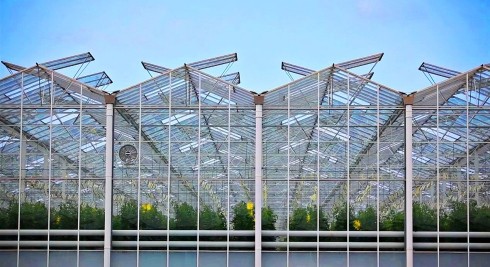 “Advertisements for the sale of ALR land, and general inquiries made to local governments, suggest there is significant speculation surrounding cannabis production in the ALR. ALR land is generally less expensive than industrial zoned land and is therefore a target for this well-funded industry. The Committee believes the purpose of the ALR is not to provide cheap land in order for cannabis-producing, multi-national company headquarters to establish large industrial scale processing and manufacturing facilities, with associated infrastructure (e.g., large parking areas).”

The committee also notes it’s recommending a precautionary approach to the construction of large-scale, highly specialized cannabis facilities in the ALR, saying this approach is vital to ensuring the farm reserve is not dominated by very large industrial structures growing a high value crop in a potentially volatile market.

Last summer, the B.C. government announced that local and First Nations governments will able to prohibit cannabis production in the ALR within their communities, unless it is grown in ways that preserve the productive capacity of agricultural land.

The regulation gave authority to local governments to “prohibit cement-based, industrial-style, cannabis-production bunkers on ALR land in their communities” but also stipulates that cannabis production cannot be prohibited if grown lawfully in an open field, a structure that has a soil base, a structure that was either fully constructed or under construction with required permits prior to July 13, 2018, or in an existing licensed operation.

The regulation also allows local governments “to prohibit the altering of existing structures to increase the size or material used as the base of the structure, and applies, or will apply, to licensed medical and non-medical cannabis facilities in the ALR.”

The regulation didn’t allow the City of Delta to block pot from being grown in several of the existing large-scale greenhouse operations in the community.

Actions recommended by the committee include, among other things, the government direct facilities for lawful cannabis not grown in a field to seek approval through the ALC application process to allow greater understanding and analysis of the impacts of the industry, require notification to the ALC when an application for a federal cannabis production license is submitted for lands in the ALR, and, in consultation with the ALC, ensure the regulation, to the extent possible, does not enable opportunities for avoiding the intent of the government.

According to a land inventory, the ALR in Delta consists of over 9,400 hectares (23,000 acres), but not all of it is farmed or can be farmed. About 6,700 hectares (71 per cent) of the land in the ALR is farmed actively or inactively.

As far greenhouses, while there are several imposing-looking structures on the landscape, they only cover about 176 hectares (435 acres), which is around two per cent of the ALR land in Delta. There are 16 glass greenhouses in Delta with an average area of 10 hectares (25 acres).

The committee’s final report also deals with a number of other ALR concerns including land speculation, urging the government to adopt an “Agriculture First” agenda.