The province’s largest technology companies grew by an average of 10.5% in 2019, according to data collected for Business in Vancouver’s Top 100 Tech Companies in B.C. list. 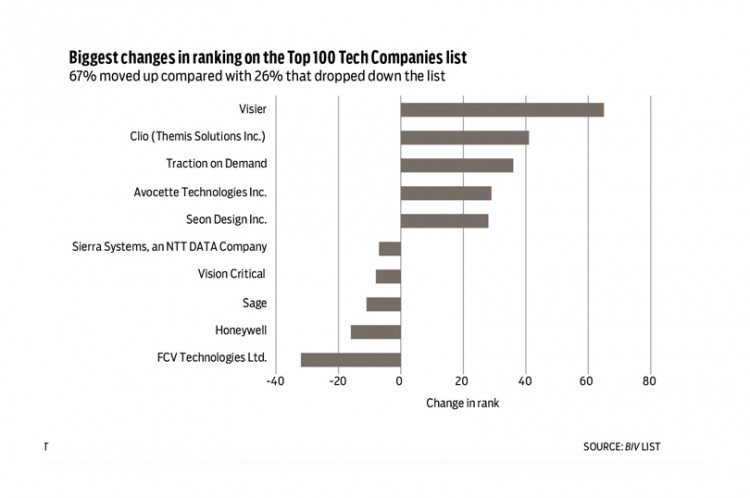