Companies that caught our eye at CEM

Based in Oakville, Ontario, Terrestrial Energy was named one of the top 10 breakthrough technologies in MIT Technology Review, curated by Bill Gates.

It is among a handful of companies developing small-scale molten salt nuclear reactors. Terrestrial’s process has cogeneration capabilities in that it can use the heat from its nuclear power plants to produce hydrogen cheaply, and combine it with carbon to produce low-carbon gasoline.

The company plans to start building its first commercial plant in Ontario in the 2020s. A second plant is planned for the U.S.

Canadian and American governments have provided 25% of the company’s financing to date, with the rest coming from high-net-worth individuals.

Spun out of the University of British Columbia, Agora Energy Technologies  is a B.C. clean-tech startup that is developing a redox flow battery that uses carbon dioxide, which is then turned into a storage medium.

Flow batteries are believed to be a better storage solution than lithium-ion batteries for intermittent wind and solar power. Large amounts of electricity can be stored in liquid form for much longer periods of time using any number of catalysts – vanadium being the most common. But Agora plans to use captured CO2, which would then be converted into the storage medium, which is proprietary.

MacDonald said the Agora battery system could be used to produce a carbonate product – soda ash – which is used in detergents, glass and other industrial processes. 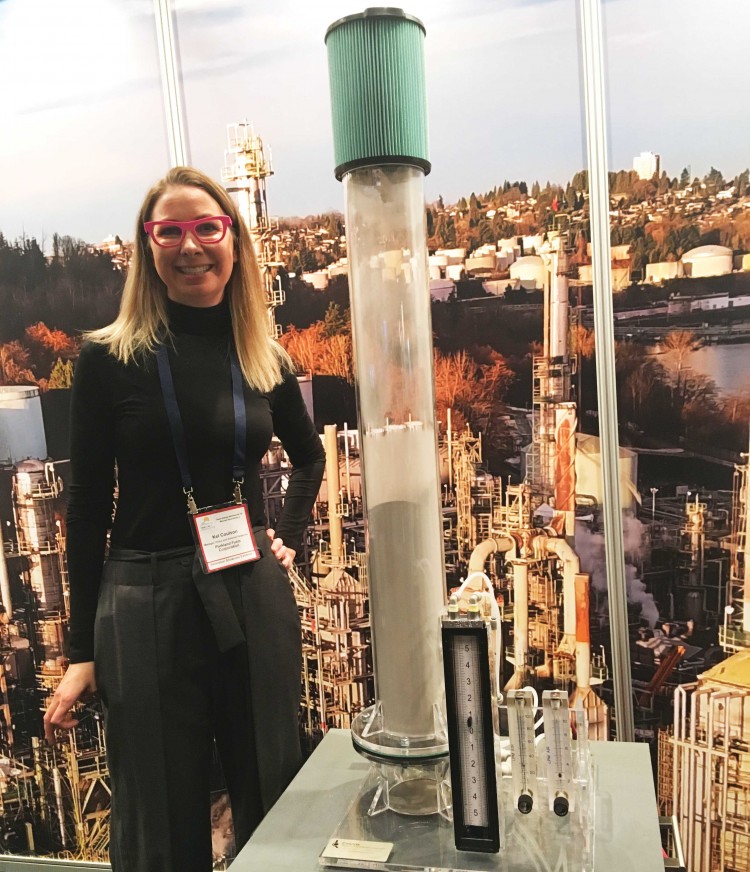 To meet B.C.’s low-carbon fuel standard, the Parkland Fuel Corp. (TSX:PKI) refinery in Burnaby buys biofuels from Singapore to add to the diesel it makes.

But Parkland has the capacity to make and blend those fuels itself, so it is working on a “co-processing” pilot project to source local biofuels to make its own renewable fuels.

One potential source would be Metro Vancouver, which has a pilot project aimed at  making biofuels from sewage sludge at its Annacis Island waste-water treatment plant.

Wood waste, sewage sludge, yard waste, paper, rubber tires – these waste products make up the feedstock for a new demonstration plant in McBride, B.C., that uses a pyrolysis and gasification process to make a range of products, from biofuel and biochar (used for agricultural soil enhancement) to wood vinegar, used in meat flavouring.

BC Biocarbon built the plant last year. It processes one tonne per hour of feedstock. A full-scale commercial plant would process anywhere from three to 25 tonnes per hour. One product the company makes is a form of biocoal, which cement producers could use instead of conventional coal in their kilns.