By Glen Korstrom | June 12, 2019, 8:08am
Dock workers load the Cunard vessel Queen Elizabeth for the line's first voyage out of Vancouver in decades | Glen Korstrom

When the Cunard vessel Queen Elizabeth arrived and departed Vancouver on May 21 – the first time in more than 20 years that the high-end cruise line had docked a ship in the city – it was a clear sign that Vancouver’s cruise sector is back on track.

Vancouver welcomed more than one million passengers annually for several years to start this century, but then suffered a prolonged slump in which annual passenger counts dipped as low as 578,986 in 2010.

With the cruise sector booming worldwide and the global economy robust, cruise-passenger counts have been on the rise. Part of that bump in Vancouver has come from cruise lines either newly docking in the city or returning after prolonged absences.

Cruise lines making initial visits to Vancouver this year include Viking Ocean Cruises with its Viking Orion vessel, Azamara Club Cruises with the Azamara Quest and Hurtigruten Cruises, which is bringing the Roald Amundsen – one of its two hybrid ships that use electricity for propulsion.

Those ships combine to help put Vancouver on pace to welcome 1,077,000 cruise passengers in 2019 – the first time it has cracked the one-million-passenger threshold since 2002, when 1,125,252 passed through Vancouver.

Many travellers that year, in the aftermath of the September 11, 2001, terrorist attacks, eschewed travel on airplanes and instead chose to go on a cruise.

The expectation this year is that 41 different ships from 24 cruise lines will visit Vancouver’s three-berth Canada Place cruise terminal and that the range of options for passengers will include everything from luxury vessels to expedition-style ships, which are designed to carry small groups of passengers.

“What we like is the attention to detail and the classic look of the ship,” Cunard passenger Gill Cooper told Business in Vancouver while on the Queen Elizabeth. She said that she and her husband, Gary Cooper, have been on many cruises with various cruise lines. 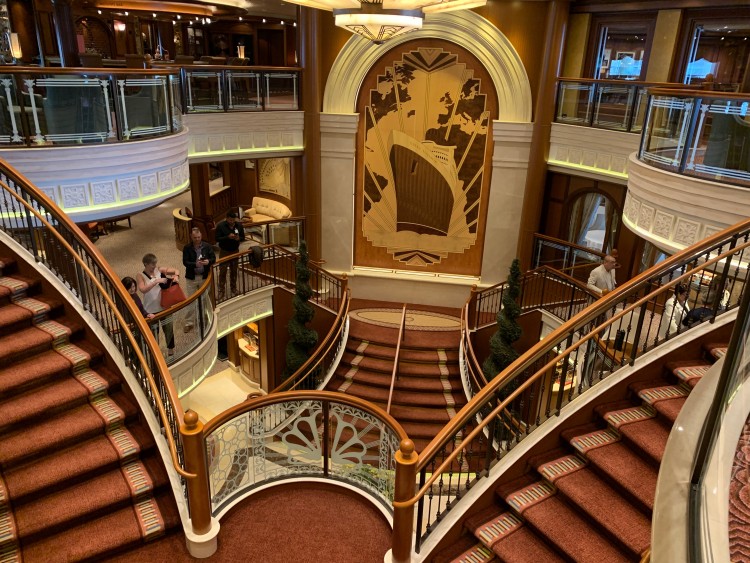 Cunard is known for high-end touches such as waiters who wear white gloves – a detail unlikely to be found on “mass market” competitors, such as Holland America, explained Grant Tufts, a sales representative at Expedia CruiseShipCenters.

“This isn’t a new ship, but everything looks very well kept,” he told BIV during a visit to the Queen Elizabeth’s ballroom.

Some aspects of the Queen Elizabeth that set it apart from other companies’ vessels include a two-level library and a grand theatre. Other cruise lines have instead invested in amenities such as waterslides to appeal to young families.

Last year, Carnival announced that it will build the world’s first roller-coaster on a cruise ship, and that the attraction will be on its Carnival line.

Cunard’s core demographic may be older than the average, but Josh Leibowitz, senior vice-president for Cunard in North America, told BIV that the company doesn’t market strictly along age-group lines.

“We tend to think more about a psychographic than a demographic,” Leibowitz said. “Our guests are looking for a luxury experience, a classic European-type experience.”

He said Cunard is returning to Vancouver, after first visiting the city in 1995, in part as a nod to its history. Canadian Samuel Cunard founded the company in Halifax in 1838.

“We are also coming back because of demand – from requests from our guests. They want to come to Alaska on Cunard. They want a more port-rich itinerary, and to be on these beautiful ships,” Leibowitz said. 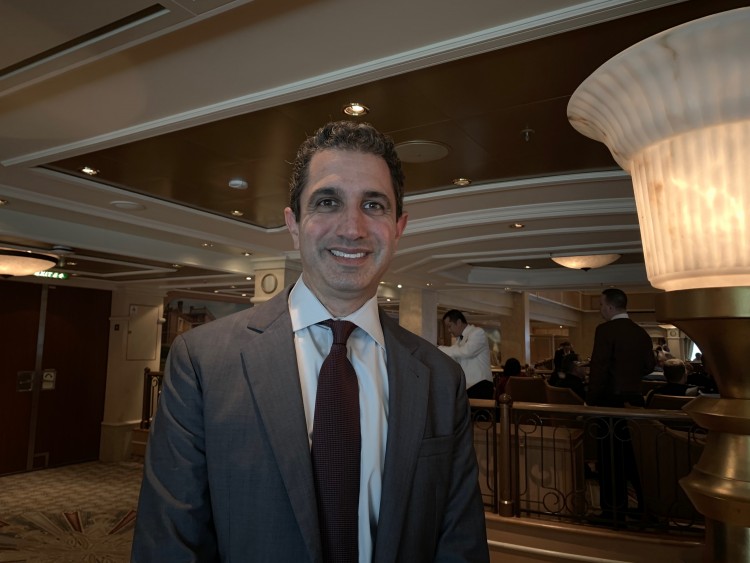 (Image: Josh Leibowitz, senior vice-president for Cunard in North America, said his cruise line is returning to Vancouver in part because of requests from passengers | Glen Korstrom)

Cunard offers four round-trip voyages out of Vancouver this year with those trips providing passengers the chance to leave the ship at six ports: Juneau, Sitka, Skagway, Ketchican, Icy Straight Point and Victoria. The trips start in price in the $2,000 range, and they can sell for more than $15,000, with cabin class being the biggest differentiator in the price.

Cunard is also one of the few cruise lines to have a permit to travel through Glacier Bay.

“Glacier Bay has the largest on-the-water national park – 25 million acres of beautiful, pristine land,” Leibowitz said. “You sail through that and get to see the glorious beauty of that national park. You are not getting off the ship in the fiords, though, you’re sailing through the fiords.”

Cunard plans to offer 10 round-trip voyages to Alaska from Vancouver next year, with the trips ranging between nine and 12 nights. 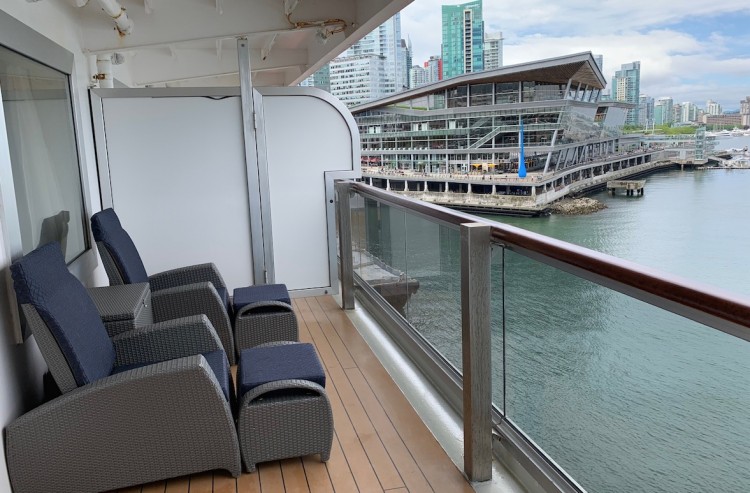 (Image: Cabin classes vary and are the main differentiator in the price of a cruise | Glen Korstrom)

There will also be more exotic trips, such as one 19-night trip at the end of the 2020 season, which will take passengers from Vancouver to Japan after stopping at various Alaskan ports.

A longer version of that trip is a 28-night voyage from Vancouver that takes passengers to various Japanese and Korean ports after the stop in Toyko. •